The Supreme Court of the United States is located in Washington D.C. just a short distance away from the Capitol building. 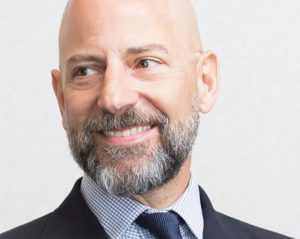 The Supreme Court issued an 8-to-1 decision on June 22 in the highly anticipated case of Liu v. SEC. The opinion, authored by Justice Sotomayor (with Justice Thomas dissenting), holds that a “ disgorgement award that does not exceed a wrongdoer’s net profits and is awarded for victims is equitable relief,” and allows the Securities and Exchange Commission (SEC) to seek such relief under the Securities Act.

Importantly, the decision indicates support for the argument that such relief, whether referred to as restitution, disgorgement, or an accounting, also qualifies as equitable relief under other statutes—including potentially under Section 13(b) of the Federal Trade Commission (FTC) Act.

The case involved two petitioners who had solicited contributions for the construction of a cancer-treatment center in California, but used $20 million of the almost $27 million collected for marketing expenses and salaries—contrary to representations in the private offering memorandum. The SEC brought an action, and the District Court found for the SEC, granting an injunction, imposing a civil penalty, and ordering disgorgement equal to the full amount the petitioners had raised from investors. The District Court concluded that the disgorgement award was a “reasonable approximation of the profits causally connected to [their] violation,” and the Ninth Circuit affirmed.

The Supreme Court concluded that disgorgement is relief that is “typically available in equity” provided that it (1) is not deposited into Treasury funds, (2) does not impose joint-and-several liability, and (3) deducts legitimate expenses. It vacated the previous decisions and remanded the case to the District Court to ensure the remedy satisfies these requirements. Notably, the Court cited the following text from Porter v. Warner Holding Co.

Decisions from this Court confirm that a remedy tethered to a wrongdoer’s net unlawful profits, whatever the name, has been a mainstay of equity courts.

The FTC has cited this case in its petition for writ of certiorari following the Seventh Circuit decision in FTC v. Credit Bureau Center, over whether the authority to grant a permanent injunction under Section 13(b) includes the authority to require wrongdoers to return money that they illegally obtained.  The circuits have been split on this issue and many companies, including a number of direct sellers, had hoped that the court’s ruling here would go the other way, thus bolstering the argument that the FTC is not entitled to consumer redress (dollars) under Section 13(b).

The decision is limited to the relief available under the Securities Act, but indicates that the Court could agree with the FTC that restitution to consumers (i.e., monetary relief) qualifies as equitable relief under Section 13(b). However, the differences in statutory language could distinguish the two cases. Section 13(b) authorizes injunctive relief, while the Securities Act provides more broadly for “equitable relief” in civil actions, and the Supreme Court decision focuses on the definition of this term. The Court has not yet ruled on the cert petition, and the Solicitor General had previously requested an extension until after the Liu decision.

While the issue is far from settled, today’s ruling is a major setback for those who had hoped to see the FTC’s authority limited. 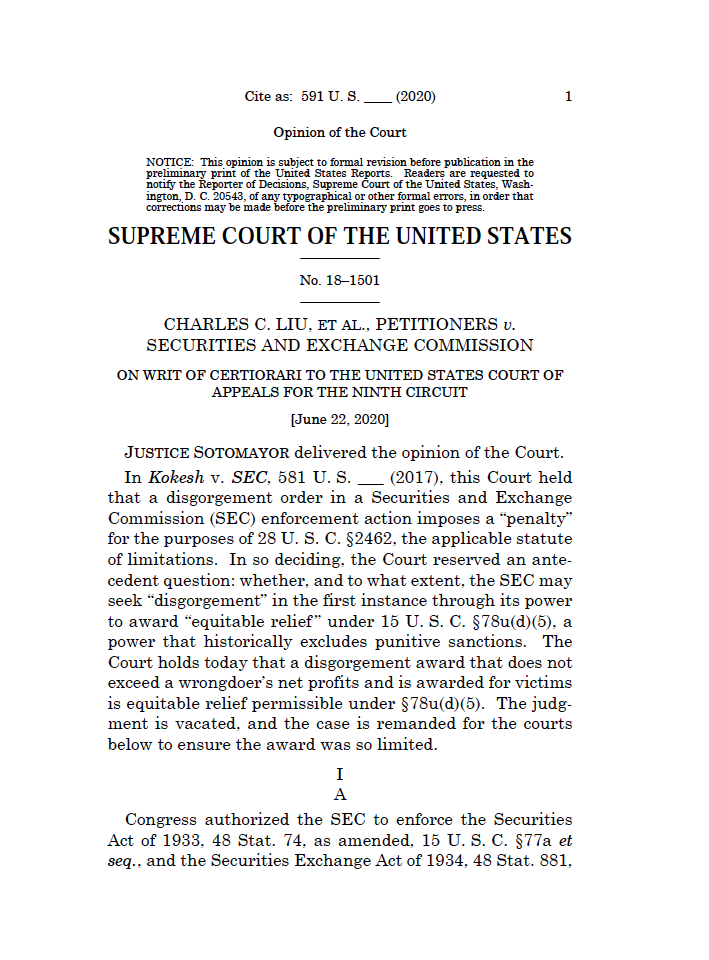