NOTE: We listen in on the public company earnings calls and the transcripts so you don’t have to. Check back each quarter for our review with insights and takeaways for your own business.

Tupperware had its first year-over-year sales growth in a quarter since 2017, the company said in its third-quarter earnings report, but the direct selling giant continues to face uphill challenges in one of the biggest global MLM markets: China.

CEO Miguel Fernandez said of China that the company, which overall appears to be turning a corner after years of revenue declines and falling stock prices, still has “a lot of work to do in this key market.” Tupperware sales in the country declined 12 percent on a local currency level, and the number of studios that closed out-paced those that opened during the quarter.

Going forward, Fernandez said the company will focus on improving digital sales and product innovation, along with the number of studios it operates in China.

“As you probably know right now, our product offering in China is very limited. But we’re going to be opening up not only to the rest of the product portfolio that we sell around the world, but also to other specific innovations focused on China,” Fernandez said in an earnings call with analysts. “ So it’s going to be a little bit more of e-commerce and a lot more of product innovation in China. That’s the overall strategy in China, but again we see China as one of our big markets and with huge, huge potential.”

Also, Tupperware is now searching for a new leader to run its China operation after the current executive stepped down in late 2020 following 22 years of working for the company. On the search to find a new leader for its China operation, Fernandez said: “We are starting a process for the search of an ideal candidate. And if it takes us a month, two or three, or whatever it takes us, we really want to have the right candidate.”

Overall, Tupperware said COVID-19 continued to affect sales in the Asia-Pacific region, estimating the pandemic had a $13 million negative impact during the most recent quarter.

Herbalife had a record-setting revenue period during the third quarter.

Jolted once again by surging sales from North America, Herbalife easily beat Wall Street expectations and now says it’s on pace for total sales in 2020 to increase by up to 14.7 per-cent year over year.

CEO John Agwunobi said three of the company’s six regions – including North America, Asia-Pacific and EMEA—along with 24 countries, set new quarterly sales records. The company also grew its distributor base by 57 percent during the third quarter, and Agwunobi said Herbalife’s salesforce “is now the largest it has ever been.”

“Herbalife Nutrition continues to set records,” Agwunobi told analysts during a recent earnings call. “I am confident in the resilience and in the innovation of our distributors, the future of our business and our continued growth potential.”

“We have seen our distributors turn to social media in higher numbers to reach new customers and to stay connected,” he said. “We are empowering our distributors with enhanced technology tools for ordering, analyzing business performance and customer retailing. The combination of our traditional business methods and a more advanced digital infrastructure creates a more resilient salesforce and channel.”

Herbalife is expecting the momentum to continue into the fourth quarter, forecasting sales growth in the range of 10 percent to 20 percent. Guidance for the full year is now projecting that sales will increase between 12.2 percent and 14.7 per-cent during 2020.

One market that continues to lag behind is China. Herbalife reported volume points for the country remained flat during the third quarter. Agwunobi said the company is encouraged that Chinese officials have started allowing some larger in-person meetings and events to take place in certain Chinese cities, given such meetings haven’t been held since last year’s 100-Day Review investigation.

Nu Skin Sales, Profits and Customer Base Surge in 3Q

The Utah-based seller of skincare and nutritional products beat Wall Street estimates for the third quarter, reporting a robust increase in sales and profit, along with an uptick in new customers.

Overall, sales increased by 19 percent during the quarter, driven in part by a 28 percent increase in the company’s customer base.

CEO Ritch Wood said Nu Skin is outpacing the company’s internal growth projections for 2020 “due to strong product demand and ongoing digital investments that empower our sales leaders and affiliates to build a socially enabled business.”

He said Nu Skin continues to bene-fit from more people shopping online due to the pandemic, noting that 90 percent of the company’s revenue during the quarter resulted from digital transactions.

Nu Skin also raised its guidance for the full year. The company now expects revenue in the range of $2.55 billion to $2.58 billion for the year. Total revenue for 2019 totaled $2.42 billion.

“Overall, we are optimistic that our products will continue to be in strong demand as will the opportunity we provide for supplemental income to entrepreneurs all over the world,” Wood told analysts during an earnings call.

“We are confident in our strategy, we’re optimistic about the future, and we believe the momentum we’re generating now will help set us up for an exciting 2021.”

Sales in mainland China were down again, as the company has reported a 20-percent decline in the market through the first 9 months of 2020.

But Wood said mainland China is continuing to stabilize—as noted by a smaller sales loss this quarter—and  Nu Skin remains “on track for a return to year-over-year growth in China in the fourth quarter.”

USANA Health Sciences reported a second consecutive quarter of strong growth and upped its full-year guidance for 2020 after sales jumped by nearly 15 percent during the most recent three-month period.

“All things considered, our 2020 results have been excellent during these unprecedented times, and I’m confident in the strength that we saw in this underlying business,” Guest said during a recent earnings call with analysts. “We look forward to delivering further growth in 2021.”

USANA continues to benefit from an increase in demand for its immune support products as a result of the coronavirus pandemic. As a result, the company upped its full-year guidance for 2020.

Sales in China, the company’s largest single market, increased slightly. Guest said the industry in China is still “coming out of the effects of our 100-day issue,” along with recovering from the effects of COVID-19. On the company’s business in China, Guest remained optimistic: “We see China still has a strong, strong business.” 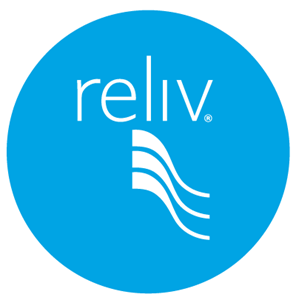 Reliv continued to struggle during the third quarter amid the COVID-19 pandemic, reporting a roughly 5 percent sales decline.

Company leaders pointed to the coronavirus as the cause for a continued sales slump in the company’s foreign markets, which saw revenue collectively dip by almost 14 percent.

“Foreign sales, particularly in the Philippines, continue to be dampened by the pandemic,” CEO Ryan Montgomery said in a statement. “However, we believe we still have a solid base of business in our foreign markets and feel sales will rebound as the world emerges from this global crisis. We firmly believe the efficacy of our products and value of our home-based business opportunity play a role in this recovery.”

U.S. sales also declined during the third quarter, a contrast from the company’s second-quarter performance where U.S. sales were up. Through the first nine months of the year, U.S. sales have increased by 4 percent, representing the only market that the company hasn’t seen sales follow a downward trend in 2020.

In his statement, Montgomery remained upbeat about the company’s future.

“We believe Reliv is positioned well in the nutrition and work-from-home industries. The challenges caused by the COVID-19 pandemic continue, but we’re pleased with how our field has adapted with more frequent use of online technology to communicate and operate,” he said. “We believe the work done this summer and early fall with virtual conferences and other tools will lead to stronger sales for the remainder of the year.”

Mannatech’s Sales Down During COVID-19 Era

The Flower Mound, Texas-based nutritional supplement maker says sales in the company’s two biggest global regions dipped during the third quarter, marking the second consecutive three-month stretch with a decline in those markets. That continues a stretch in 2020, so far, that has seen Mannatech’s over-all sales for the first nine months of 2020 decrease by about 5 percent, compared to the same period in 2019.

Mannatech does not hold earnings calls with analysts and does not provide statements from company executives in press releases announcing quarterly earnings.

Here’s what we know based on press releases and SEC filings:

Sales through the first nine months of 2020 in the company’s biggest market – Asia-Pacific – are down about 6 percent, a figure the company attributed to downturn in the revenue generated by distributors, along with a continuing decrease in the number of active independents associates and preferred customers.

Sales in the company’s Americas region – the U.S., Canada and Mexico – are down more than 6 percent through the first nine months of 2020.

The company’s sales in Europe and the Middle East/Africa have remained relatively flat through 2020, according to a company filing.

Additionally, Mannatech reported that amid its sales decline the company has been able to boost recruiting efforts. The company says recruitment of new distributors and preferred customers was up almost 14 percent during the third quarter. Through the first nine months of 2020, Mannatech says it had 25,388 total distributors and preferred customers, compared to the 22,321 for the same period in 2019, according to a regulatory filing.