“The scope and duration of business disruption and the related financial impact from the coronavirus can’t be reasonably estimated at this time.”

“No company is immune, but those that are more reliant on social media to execute business and have a higher degree of subscription sales in their business models are going to be relatively better off.”

Direct sellers are bracing for a significant financial blow as the reality of the novel coronavirus sweeping the globe sets in. At press time for this issue, the pandemic is in full swing, with cases being reported in every state and rising daily.

The virus that causes the disease called COVID-19 has upended everyday life around the world, and rattled the global economy.

In the U.S., fears of a recession have already begun after almost every facet of domestic business has ground to a near halt, forcing layoffs or furloughs for hundreds of thousands of employees as of mid-March. The Federal Reserve chair also has revealed dire estimates of unemployment, with numbers ballooning to 20 percent if the corona-induced financial calamity is left unabated. 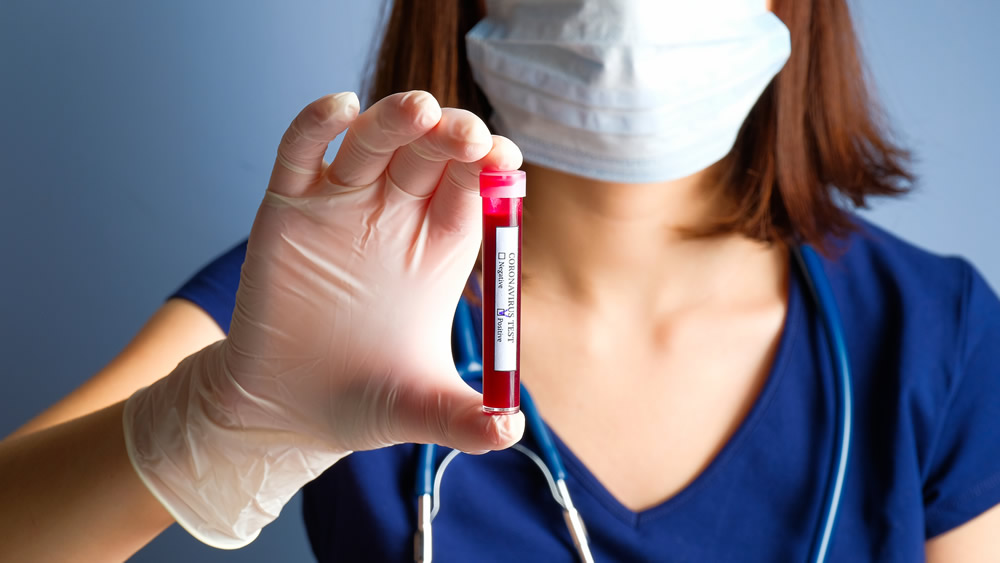 Some of the largest direct sellers are already feeling the pinch in their booming Asia markets, from China to Korea and Japan, casting doubts on earnings forecasts for the first quarter of the year and the rest of 2020.

The virus, believed to have originated in December in Wuhan, China, has ravaged portions of that country, resulting in a complete lockdown of the country for approximately two months. China’s lockdown restrictions have started to loosen, but this could change at any time if the virus starts to spread again.

In response, direct sellers operating in China started putting in place their own travel restrictions and extended a Chinese New Year holiday for employees so they could stay home. They also canceled meetings beginning in January, effectively putting a halt for the past several months to the most tried and tested formula in direct selling: face-to-face interaction.

While the Chinese New Year holiday, which ended in January, typically affects first-quarter results negatively, companies are preparing for additional losses because of the coronavirus.

And the losses are expected to be dramatic: Nu Skin, for example, has forecast a decline in revenue for this year from mainland China in the range of 20 percent to 25 percent. While one of its fastest-growing markets, China is also the company’s largest single source of revenue, accounting for one-third of all sales last year, according to a Nu Skin regulatory filing.

“We do believe this is temporary, we believe our salesforce is anxious to go to work as soon as the environment improves, and we’ll see the business come back,” Nu Skin CEO Ritch Wood told analysts during a recent earnings call.

Herbalife and USANA both declined to provide Wall Street analysts with financial forecasts for the first quarter or the rest of 2020, stating their businesses still can’t determine what impact the virus could have on sales because the situation remains fluid around the world.

“The scope and duration of business disruption and the related financial impact from the coronavirus can’t be reasonably estimated at this time, but it could materially impact our consolidated results for the first quarter and for the full-year 2020,” said Herbalife’s incoming CEO John Agwunobi. “As such, we will update our guidance for the full year of 2020 when we can reasonably estimate the impact on our near-term business results.”

In a regulatory filing, USANA stated that coronavirus could continue to disrupt its Asian markets beyond the first few months of 2020. The mainland Chinese market represents 44 percent of the company’s revenue.

“Because of the uncertainty surrounding these events, the financial impact related to the outbreak of and response to the coronavirus cannot be reasonably estimated at this time but could meaningfully affect our consolidated results for the first quarter and full year fiscal 2020,” USANA stated in the filing with the U.S. Securities and Exchange filing.

Continuing, “The extent to which the coronavirus impacts our results will depend on future developments, which are highly uncertain and cannot be predicted, including new information which may emerge concerning the severity of the coronavirus and the actions to contain the coronavirus or treat its impact, among others.”

The virus spread first from China to several other Asian countries that direct sellers count among their most important emerging international markets. South Korea became a hotspot for the illness in late February but cases have slowed.

Meanwhile, new cases have been on the rise in the rest of the world as of press time. The impact is already being felt by direct sellers, with Nu Skin trimming its financial forecast for 2020 in Korea, Japan and Southeast Asia. Additional impacts remain to be understood as the pandemic runs its course.

Now, as the U.S. copes with continued disruption to everyday life, with businesses shuttering to promote social distancing and more states issuing so-called “shelter in place” policies, direct sellers are also set to absorb massive losses in every market. The European Union has sealed its borders to outsiders, and some entire countries, including Italy, France and Spain, are under mandatory quarantine.

Doug Lane, principal at Lane Research,  a firm that tracks publicly traded direct selling companies, says it’s still too early to tell how much damage the global pandemic will do to direct selling revenue. But sales have clearly been diminished around the world because these “are social businesses that require meetings and social interaction.”

“It’s all still very murky,” says Lane. “People are still trying to figure out what the overall impact is going to be.” Lane says the financial picture may be somewhat clearer in the coming months as companies prepare to report first quarter earnings for 2020.

For now, this much is crystal clear: The ripple effects can be felt throughout the U.S. economy already.

It started in early March with postponements and cancellations of concerts and major festivals such as SXSW and Coachella. Then every major sports league in the country shut down. Additionally, the DSA has postponed its annual meeting with no future date yet announced at press time.

Public schools, colleges and universities followed. Soon retailers and a swatch of other brick-and-mortar businesses announced they were closing for an undetermined amount of time.

The concept of “social distancing” and staying home has now taken grip across the country: no more mingling in bars, restaurants and shopping malls for the most part. The White House also issued guidance in mid-March saying to avoid social gatherings in groups of more than 10 people.

For direct sellers, that means meetings, recruiting events and face-to-face sales have all been put on hold—with no set return date. With the summer convention season about to begin, company executives are determining what might replace their annual events.

The robust U.S. economy has been turned on its head in a matter of weeks. Congress has passed a massive stimulus and relief package and is considering many other options to provide for the U.S. population. 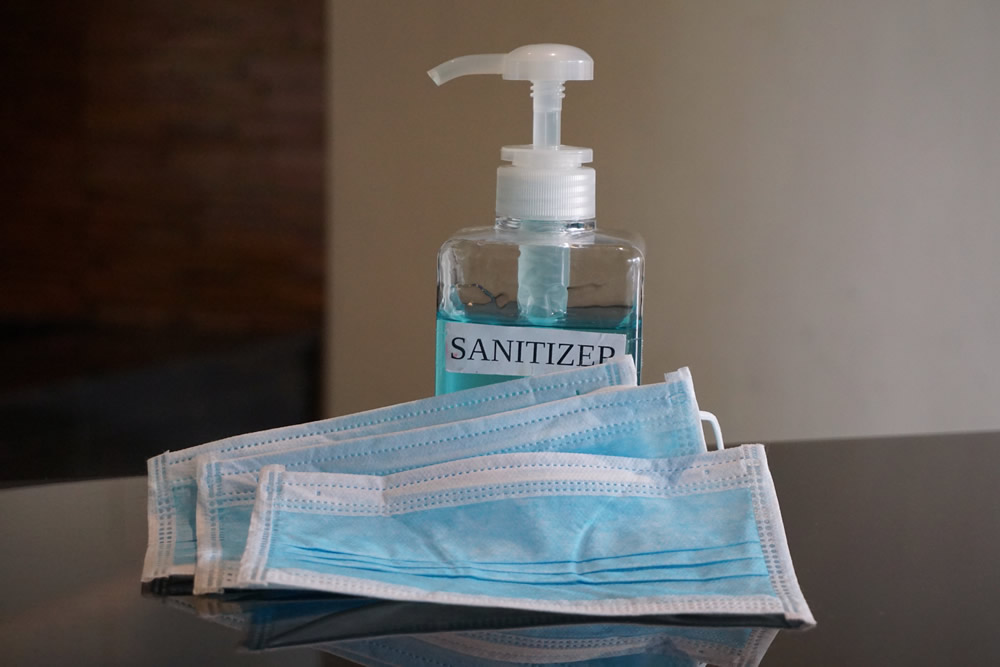 Among those dealt the hardest blow so far have been the travel and hospitality industries. Delta Air Lines, American Airlines and United Airlines all cut back on the number of domestic and international flights as bookings decline. United says ticket sales have fallen 25 percent, while Delta reports a 25-percent-to-35-percent drop in bookings over the past two weeks.

Some airline CEOs have equated the coronavirus impact to another disaster that sent the U.S. economy spiraling. Southwest Airlines CEO Gary Kelly told CNBC that the decline in domestic travel “has a 9/11-like feel.” Jet Blue CEO Robin Hayes said that his airline is facing a more significant drop in bookings than after 9/11.

“We’re seeing bookings come off to an even greater extent with this, you know, with this scare around the coronavirus and a lot of people also wanting to refund delayed trips as well,” he said on an appearance of CBS This Morning. “Not only is the number of new bookings down, but we’re seeing a lot of customers want to change their flights.”

Another segment of the travel industry popular with direct selling companies is cruises, which are often used as incentives for distributors. All outbound cruises were suspended for 30 days in March.

Steve Albertson, a travel agent who works with large companies to book incentive groups and corporate-sponsored trips, says “phone lines are overloaded and fried” with people calling in to cancel or postpone trips. He says it’s like an “earthquake has hit the industry.”

He adds that bookings likely won’t return to any sense of normalcy until the virus surge is controlled in the U.S.

Albertson, who endured a slowdown in his travel agent business during respective SARS and Swine Flu outbreaks, says the customer response to coronavirus has been on a different level.

“When I think back it’s hard to even remember those outbreaks,” he says. “It might have been a month or two of stress and it was over. In the big scale of things it didn’t affect a whole lot.”

Both the airline and cruise industries are now seeking government bailouts. 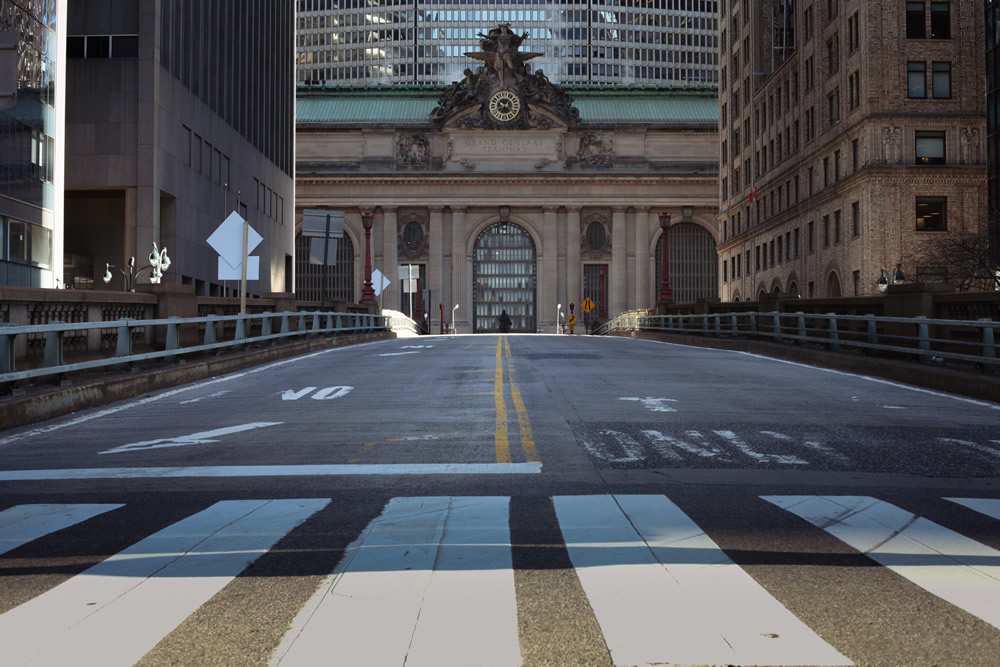 Prior to the coronavirus outbreak, the situation for direct sellers in China was already one of trying to return to business as normal after a so-called 100-day campaign that served as the equivalent of a government crackdown on  direct selling firms making misleading claims regarding healthcare products.

Companies were forced to freeze activities necessary to enroll new associates, provide training and promote some of their products.

The financial implications attributed to the 100-day campaign started to show, he says, during the first quarter of 2019, but by June most U.S.-based direct sellers had seemingly stabilized their China businesses. By the second half of 2019, there were “glimpses of recovery,” Lane says.

“But that’s been muted,” he adds. “The question now is will there be a second transgression in China and how bad will it be.”

Some of the measures taken to cope with the downturn during the 100-day campaign are now being used while waiting out the coronavirus.

Herbalife, for example, says it implemented new online initiatives last year, such as embarking on a personal e-store for distributors. Many clubs in China are now using the technology adopted from the 100-day campaign to bolster their businesses online.

Even as China regroups, company executives say they believe the Chinese market will be okay in the long run.

“I do however want to emphasize our confidence in our China business and our long-term growth opportunity here,” USANA CEO Kevin Guest said on an earnings call.

Wood, the CEO of Nu Skin, told analysts he believed most of the business downturn in China would be in the first half of the year, and recovery should start taking place in the second half when the company launches a new beauty device. “We see a great future for our business in China,” he said.

What the Future May Hold

Historically direct selling businesses have done well in times of economic downturn, and perhaps the next several months will demonstrate a similar outcome.

While the person-to-person aspect of direct selling will always remain prominent, those companies that have invested in a strong digital presence and equipped their field with e-commerce tools may see a surprising lift.

As Lane sums up, “No company is immune, but those that are more reliant on social media to execute business and have a higher degree of subscription sales in their business models are going to be relatively better off.”