Use of the strict ‘ABC’ test for independent contractor status is still a point of contention in proposed U.S. legislation

Passage of the PRO Act by the full U.S. House of Representatives is the biggest shot across the bow to independent contractor status in recent history.

One of the core issues for the Direct Selling Association (DSA) and direct selling throughout our storied history has been protecting the independent contractor status of the salesforce. When legislation goes to undermine that relationship, it has the potential to throw into disarray our way of doing business. H.R. 842, the Protecting the Right to Organize (PRO) Act, would do just that. 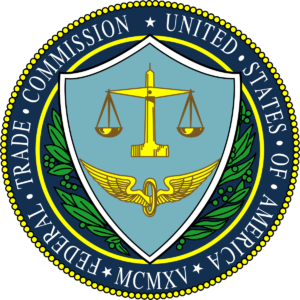 “We, as the direct selling community, are stepping up and should continue to be present compliantly with unbridled optimism.”

Reputation is everything, and in direct selling that is especially true. So when the COVID-19 pandemic spread across the globe, it not only spurred double—and in some cases, triple—digit year-over-year growth for the channel this year, it also provided an opening for reputation improvement that many have been looking for during the past decade. 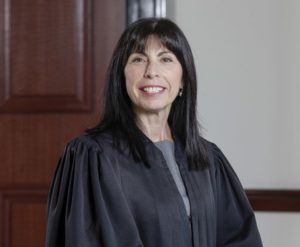 Different venues can bring about an array of juror demographics, docket speeds or judicial precedents that can benefit one side.

The Federal Trade Commission’s (FTC) lawsuit alleging that Neora is an illegal pyramid scheme will be transferred to a Texas courthouse, a federal judge has decided. The ruling also accuses the direct selling firm of venue shopping to try and get the case moved to a friendlier jurisdiction.

The paper indicates that the FTC views all companies with a multi-level compensation plan structure as dangerous to the public, and it recommends removing the levels as the best course of action.

The FTC authors suggest three actions that could prevent the risk of pyramid operations.

First, they state that an obvious option would be to end the recruitment aspect of the business.

Second, they suggest that changes to recruitment incentives could “reduce an operator's ability to induce or allow participation in a transfer scheme.”

Third, they argue that if sellers were not required to make purchases in order to qualify for recruitment rewards, the company would no longer be able to convince the seller to accept retail losses in hopes of gaining back profits with future recruitment.

Until recently, any company in the direct selling channel with viable products and consumer demand for those products could consider themselves operating under Federal Trade Commission (FTC) favor. However, the agency appears to be changing its mind about practices it previously accepted, as indicated first by AdvoCare’s surprising abandonment of its multi-level compensation plan a year ago under FTC pressure.

Leading Through the Current Chaos

By: Laurie Girardi, Customer Success and Industry Evangelist for MarGo

Direct sellers give up too soon because they assume people are not interested, when realistically they have not provided enough touches.

Times are hard. We know that. Even if sales are doing well in this stay-at-home period, this is an unsettling time. And yet we also know direct selling will weather this storm, and even emerge better for it.

Developing a communications plan before a crisis hits is key

The problem is, if you’re only communicating after the crisis has occurred (or worse yet, coming up with a plan to communicate during the crisis), it’s too late.

Amidst the crisis of the current coronavirus outbreak, it is proving frighteningly easy, ironically, for direct sellers to become complacent. The backdrop of COVID-19 has become an all-consuming distraction. While some direct selling companies, like so many businesses, are forced to scale back and lay off employees, others are experiencing double-digit growth. Whether it’s because of an easily obtainable, high-quality product or the allure of the “ultimate work-from-home gig,” the success can become intoxicating. It’s as if those companies are saying, “We must be doing everything right. Let’s keep doing it.” On the flip side, though, the pain of financial trouble or cutbacks necessarily demand a “keep your head down” internal focus on operational costs and the bottom line.

“These warning letters are just the first step. We’re prepared to take enforcement actions against companies that continue to market this type of scam.”

Coronavirus. COVID-19. A global pandemic. Whatever you want to call it, news is coming in daily with updated numbers of cases and deaths related to the quickly spreading virus. Cities and countries all over the world are shutting down. It’s a scary time for us all and, as with other crises that arrived suddenly and without warning, we are looking for answers and solutions.