13(b) is the section of the FTC Act that gives the FTC the authority to proceed directly to court to obtain temporary restraining orders and preliminary injunctions against individuals or companies without the need for a cease and desist order. Until this year, the Commission has also used Section 13(b) to go after its target’s money, in the form of restitution or disgorgement, even though this form of monetary relief is not expressly authorized in this Section of the FTC Act. In April, the U.S. Supreme Court ruled, in a case called AMG Capital Management, LLC v. FTC, against the FTC, stating that it had been abusing its powers by enforcing these monetary damages under the cover of Section 13(b). The ruling effectively removed this financial weapon from its arsenal. Section 13(b) remains in effect, but only for non-monetary actions.

What is FTC rulemaking?

Rulemaking is a tool that allows the FTC to set rules for, and then direct action against, entire industries. This is in contrast to the strategy of going after one individual or company at a time.

The FTC has two rulemaking processes at its disposal. The first is called APA rulemaking, as it was granted by the Administrative Procedures Act. This method is available to the FTC but is mostly used by other agencies. Under this Act, rules can be created using a two-part “notice and comment” process: An agency provides the public with notice of what rule it proposes and then analyzes the public’s comments before finalizing a rule. Congress must grant approval for each new rule created under the APA, and the FTC considers it of limited usefulness.

The second rulemaking authority used by the FTC is called Mag-Moss rulemaking, as it was granted by the Magnusson-Moss Warranty Act and governs rules that relate to unfair or deceptive acts or practices. This form of rulemaking is FTC-specific and became Section 18 of the FTC Act. Magnusson-Moss rulemaking gives the FTC power to establish industry-specific rules independently, without approval from Congress.

What has changed? Why is rulemaking back in the news?

Over the past year, the FTC has publicly stated that it is seeking to reactivate and streamline its Section 18 (Mag-Moss) rulemaking process. The main catalyst for this change in enforcement strategy was the FTC’s recent Supreme Court loss, ending its powers of monetary redress through Section 13(b). Simply put, the FTC lost a major weapon for hitting the bank accounts of violators, so the agency is dusting off another one. In the months since the Supreme Court’s AMG decision, the Commissioners have already voted to update some of the rulemaking procedures that they considered to be “self-imposed red tape” causing delays in the rulemaking process. This 3-2 vote was down party lines, with the new Chairwoman Lina Khan joining Rohit Chopra and Rebecca Kelly Slaughter in approving the new changes.

What is the Penalty Offense Authority?

The Penalty Offense Authority is found in Section 5 of the FTC Act and gives the FTC the power to recover civil penalties for known violations of rules and cease and desist orders. Penalties are monetary judgements that can exceed the amount of money that was wrongfully obtained, and are designed to be punitive in nature. Currently, the maximum civil penalty per rule violation is $43,792.

Why is the Penalty Offense Authority a serious threat to direct sellers?

Imagine a company has a distributor making illegal income or product claims on three social media platforms over the course of four weeks. The FTC considers each post to each platform to be a separate violation each day that the post stays up. $43,792 x 3 platforms x 28 days =  over $3.6 million in penalties from just the one distributor. What if 50 distributors in the company were making the same posts? These civil penalty amounts could quickly become existential threats not only to that company, but to all companies in the channel that are put on notice about the details of the applicable rule.

What is the Business Opportunity Rule?

The Business Opportunity Rule is an FTC rule that was implemented in 2012. It requires sellers offering business opportunities to provide specific information, such as disclosure documents, to prospective recruits and also sets a seven-day waiting period after the disclosures have been made before a contract can be signed. As the terms of this rule were considered to be unreasonably burdensome to virtually all direct selling business models, the direct selling industry vigorously protested its inclusion within this new rule and was ultimately rewarded with an exemption.

However, in June 2021, the FTC announced that it would be reviewing all current rules, including the Business Opportunity Rule. More concerning, Commissioner Chopra issued a formal statement explicitly referencing a desire to utilize this rule to target multilevel-marketers by reversing the exemption and allowing the Commission to seek restitution and penalties against individuals and companies targeted for deceptive earnings claims.

What is the ROSCA / MoviePass case?

The FTC recently settled a case with a company called MoviePass that sold a subscription service giving customers unlimited trips to movie theaters for a flat fee. MoviePass began incurring massive losses. To limit these losses, MoviePass created new policies to limit their customer’s ability to use the service: resetting customers’ passwords to prevent use of their app, implementing a per-month movie limit and requiring customers to send pictures of movie stubs. Essentially, MoviePass changed the terms of service after the sale.

The FTC decided to take action against MoviePass for violating Section 5 of the FTC Act as well as ROSCA, which is the Retail Online Shoppers’ Confidence Act passed in 2010. The ROSCA bill was signed into law with the primary objective of preventing “negative options sales,” which is when a customer accrues a charge after failing to opt out of a product offer or cancel an agreement. For example, if a customer submits a credit card to an online company for shipping costs to take advantage of a free product offer, and then is subsequently charged for that product at a later date because they did not opt out of a monthly subscription service, that customer is the victim of a ROSCA violation in the eyes of the FTC. MoviePass later settled the case with the FTC and is no longer in business.

How does the ROSCA case threaten direct sellers?

The FTC did not target MoviePass for deceptive negative options transactions, even though it utilized auto-pay. Rather, the Commission alleged a ROSCA violation for deceptive practices via the underlying characteristics of the product itself, which represents an expansive new interpretation of this law. The FTC’s successful action against MoviePass stands as a warning to any company, including many direct sellers, that utilizes negative options transactions, including auto-pay features. These payment systems, even if administered fairly, will allow the FTC through the door with the ROSCA act, and it will then be free to scrutinize any part of the business plan for deceptive practices. While the FTC did not incur civil penalties against MoviePass, Commissioner Christine Wilson stated that ROSCA “will serve as notice to the market, and future violations of this type may well warrant civil penalties.”

H.R. 2668, the Consumer Protection and Recovery Act, is a bill before Congress designed to restore and strengthen the FTC’s 13(b) powers of monetary restitution and disgorgement that were taken away by the Supreme Count in the AMG case. In addition to reinstating monetary relief under Section 13(b), this bill would give the FTC a 10-year statute of limitations to pursue monetary relief against violators. This will give the Commission the power to go after companies for conduct no longer in practice, and potentially green-light actions against companies that it chose not to target previously. H.R. 2668 has passed the House and is awaiting debate in the Senate.

David Bland is the Publisher for Social Selling News 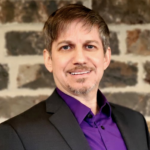 Going Global: Is Your Company Ready?