“Once finalized, it will make it easier to identify employees covered by the Act, while respecting the decision other workers make to pursue the freedom and entrepreneurialism associated with being an independent contractor.”

“The goal would be to properly classify the field as independent contractors not subject to any test.”

The issue of worker classification is one that direct selling companies  have dealt with for decades. However, since the onset of the gig economy, the issue has taken on greater significance, as independent contractors are central to the business models of leading gig companies such as Uber and Lyft.

In 2015 and 2016, the Obama administration issued informal guidance attempting to limit the scope of independent contractor status. But the current administration withdrew that guidance in 2017.

The latest attempt to tackle the issue comes in the form of a regulation that, if finalized as proposed, would make it easier for businesses to classify workers as contractors. 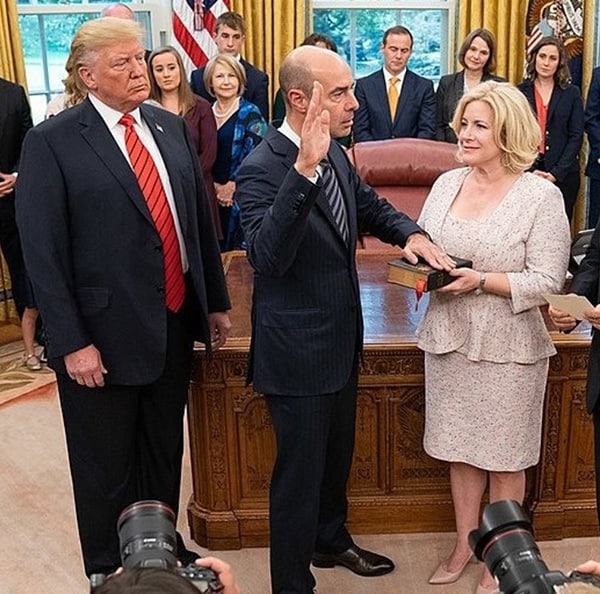 The purpose of the proposed rule change, according to Labor Secretary Eugene Scalia, is to remove the ambiguity about which workers are truly independent and not protected by federal minimum wage and overtime laws.

“The Department’s proposal aims to bring clarity and consistency to the determination of who’s an independent contractor under the Fair Labor Standards Act,” Scalia said in a statement. “Once finalized, it will make it easier to identify employees covered by the Act, while respecting the decision other workers make to pursue the freedom and entrepreneurialism associated with being an independent contractor.”

The proposed rule adopts an “economic reality” test for determining which workers qualify as independent contractors. According to the rule, the test considers whether contractors are in business for themselves, rather than being economically dependent on the employer for work. The rule explains the “inquiry into economic dependence is conducted through application of several factors, with no one factor being dispositive, and that actual practices are entitled to greater weight than what may be contractually or theoretically possible,” according to the DOL rule.

The DOL proposes narrowing this test into five factors, which is less than the number relied upon by various courts and previously used by the federal agency. According to the rule, two core factors will be given greater weight for determining worker classification: the nature and degree of the employer’s control over work and the worker’s opportunity for profit or loss based on personal initiative or investment.

Those two factors are complemented by three additional “guideposts,” which would be used as part of an analysis when there is a conflict with the initial two core factors. Those three additional criteria are the amount of skill required in the work, the degree of permanence in the work relationship, and whether the work is part of an integrated unit of production.

In a memo sent to its members following the proposed rule’s publication, the Direct Selling Association (DSA) stated that the Labor Department described its regulation as “sharpening and refining the current economic realities test under the FLSA.”

The DSA memo referenced the two keys factors the DOL mentioned in its potential rule as well as the supporting guideposts, stating: “Additionally, the actual economic activity between the parties will be more controlling than the contract itself.”

Brian Bennett, DSA vice president of government affairs and policy, says the proposed rule is a “very positive” step by the Labor Department. He says DSA would like explicitness and is still pushing for passage of legislation (H.R. 3522) to further define direct selling representatives as independent contractors under the FLSA. That bill is currently pending.

Bennett adds that the DSA is planning to submit comments to the Labor Department.

“Our comments will mainly focus around direct sellers and why they should be defined as independent contractors under the final rule when it’s issued,” he says.

The proposal will be subject to a 30-day comment period, which is shorter than the typical 60- or 90-day period available for the public to weigh in on a rulemaking with significant economic effect—an indication of the administration’s intent to fast-track the rule. The DOL’s Wage and Hour Division says it intends for the rule “to be used by employers, employees, and courts to understand employers’ obligations and employees’ rights under the FLSA.”

But Bennett says the rule “will very likely be challenged in courts” if it is finalized. Labor unions oppose the measure. Additionally, if the November election brings a change in the administration, the rule is likely to be nullified in some manner.

If adopted as written, the proposed regulations may help employers facing federal lawsuits under the FLSA. But Bennett says there’s still some ambiguity for direct sellers because each case is decided on an individual basis by a judge.

He says direct sellers are currently not experiencing “an avalanche” of lawsuits involving independent worker claims, but “having specific language for direct sellers” in the rule or as part of legislation would provide the extra safeguards the channel needs.

“We’re sitting in this position without substantial clarity under the FLSA, and that’s what we need,” Bennett says. “Having that clarity would be extremely important.”

Still, even the adoption of a new federal standard would not eliminate the risk employers face under some narrower state laws.

For example, in 2019 California passed AB 5, which imposes a stringent, three-pronged  “ABC test” to establish standards for the classification of workers as independent contractors.The California law generally concludes that a worker is an employee unless the hiring business shows the worker operates autonomously, performs work that is not the putative employer’s main business, and is regularly and independently engaged in the work they are hired to do. However, direct selling companies successfully lobbied to have direct sellers exempt from the measure, which the DSA applauded in a statement saying the carve-out “will allow the direct selling industry to continue thriving in California and independent salespeople to continue having the freedom and flexibility to operate their businesses.”

Will Miller, a California-based attorney at firm Buchalter who specializes in direct selling compliance issues, says direct sellers are still subject to a multi-factor Borello test, which primarily focuses on whether a company has control over the means and manner of performing contracted work, but also considers additional secondary factors, such as who provides work tools and the individual’s opportunity for profit or loss, to determine contractor status.

“The law does not say everybody who is a direct seller is an independent contractor,” Miller says.

For its part, the Labor Department noted in its proposed rule that “adopting the ABC test as the FLSA’s generally applicable standard for distinguishing employees from independent contractors would be unduly restrictive and disruptive to the economy.

The DOL added, “In any event, the Department believes it is legally constrained from adopting California’s ABC test because the Supreme Court has instituted the economic reality test as the relevant standard for determining workers’ classification under the FLSA.”

Miller says the Labor Department’s rule provides some clarity for direct sellers but “doesn’t necessarily radically change anything.” However, he adds, “the details will be in the implementation.”

“The goal and the standard would be to carve out anyone who works as a direct seller to be properly classified as an independent contractor not subject to any test,” he says.