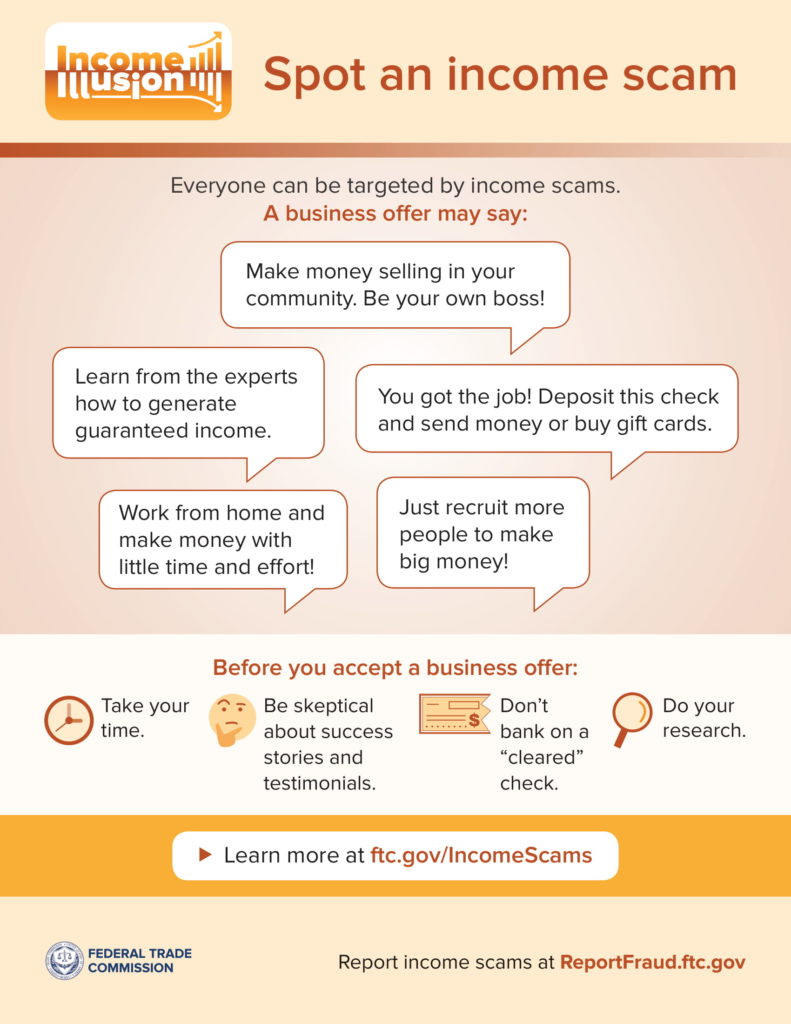 FTC Infographic created as a part of Operation Income Illusion

According to officials, the FTC is actively searching out false income and financial independence statements from operators of work-from-home scams, pyramid schemes, coaching courses and other targeted businesses.

The FTC’s analysis of its complaint data from the first nine months of 2020 indicate that consumers reported losses of $150 million to such scams.

Andrew Smith, director of the FTC’s Bureau of Consumer Protection, says, “Scammers are preying on the unemployment and anxiety arising from the pandemic by making false promises of big income working from home.”

The four new actions are against the following companies.

In its announcement, the FTC said the operation included more than 50 enforcement actions from the FTC and other regulators. Other agencies involved and reporting information include the Securities and Exchange Commission, the Commodity Futures Trading Commission, the U.S. Attorney’s Office for the Eastern District of Arkansas, and state and local agencies in Arizona, Arkansas, California, Florida, Indiana, Maryland, New Hampshire, Oregon, and Pennsylvania.

According to Brian Bennett, the vice president of government affairs and policy at the Direct Selling Association, no direct selling or network marketing companies were the subject of these enforcement actions.

Even so, the announcement is a reminder that income and business opportunity claims are a priority for the FTC, particularly in COVID-19 times when regulators are concerned that companies are taking advantage of consumers’ financial instability and/or unemployment.

Great information for these days Thank you