Best practices for your councils, committees and focus groups

“These are ways to tap into the superpower of collaboration.”

How does a company motivate its field to shift from ennui to excitement? In the direct sales channel, this can depend on insight from a sales field without W2 status. When launching promotions, rolling out new products, or even nailing the wow factor with incentive trips, the difference between the field yawning and jumping into action can be a matter of simple tweaks. The key is reaching out to those who already know what gets the most results.

While getting this crucial input seems straight forward, there are a few best practices that direct selling companies can utilize to make this process as smooth and effective as possible.

Garrett McGrath, who has served in multiple C-level roles in the channel and currently serves as president of the Association of Network Marketing Professionals, says, “Leadership councils are an excellent way to tap into the super power of collaboration.”

Nancy Bogart, CEO of Jordan Essentials, agrees. “I’ve had so many situations where once I went to the advisory council, we were able to refine and create a much better program, incentive or trip because the advisory council can see certain things more clearly than we can. We know what we want, but they know how it’s going to be applied. They can see what might be a pitfall before we ever step in that pothole.”

Not including seasoned field members in certain key decisions can have significant financial impact, too, according to Clint McKinlay, CEO of Ruby Ribbon. He says, “The executive team could have given incredible effort and moved forward on a promotion or new product or what they saw as an enhancement to the compensation plan.

“They worked hard on the new initiative; they put in long hours, lots of financial resources, and then they rolled it out at the event,” he says.

“But if they did it without input from the field, without collaboration, particularly through a structured environment like a field leadership committee, the response might be lukewarm at best or even flat,” McKinlay adds. “It’s because they did what I call ‘Jack in the Box marketing’—surprising the field. And that shows up in a lack of sales or low sales, and not meeting the expectations. People have invested the money and people are upset. And a lot of that can be avoided with collaboration.”

Charla Gervers, who has served in C-level roles and is currently vice president of field development at Scout & Cellar, believes that inclusion on councils and committees strictly based on top-ranking titles doesn’t provide the insight necessary for the best results.

“If you only listen to top leaders, at some point they will be detached from the reality of the day-to-day business, and you will too. That’s a pretty bold statement, but I have seen it in too many companies, of all different sizes. (Relevant insight) really depends on where they are in their life cycle; once they’re at that four-, five-, certainly 10-plus-year mark, they’re not often in the day-to-day operations duplicating themselves.

“The thing I’ve noticed time and time again is you have to have people who are engaged in the day-to-day ins and outs of the business, driving the bus, and in touch with what’s going on with the newest consultant,” Gervers says.

“Because if you ever take your eye off new consultant success, you lose your business. When a leader is detached from what is helping the new consultant succeed, then they lose touch with what works and are satisfied with an ever-decreasing engagement,” she says.

McKinlay, noting that different councils/committees require different distributors, recommends relying on those who are the most invested in their business and the company for serving on the highest level councils. He says, “I believe a group of extremely invested leaders who have this as their primary career and their principal source of income are those you aim for in these cases.

“These are the leaders who can help you make decisions on the programs you’re modifying or launching, the ones for whom you part the curtain,” he says. “They typically have a confidentiality agreement.

“You bring in these top leaders, you close the door and you hash it out with spirited debates; dive into pros and cons and be transparent with this group about company priorities, margin, profitability.”

McGrath agrees that active top leaders are key, and offers additional insight on inclusion, saying, “Include people from the lower ranks that are the rising stars, so you have a variety of perspectives in order to give you a 360-degree, fuller understanding and broader input in terms of the responses that you’re getting.

He also believes that including an experienced facilitator from the corporate team is important. Surprisingly, he doesn’t believe the CEO is the optimal choice.

“You want to have someone who has good communication skills, but be aware if they’re too domineering because there won’t be a free flow of conversation,” McGrath says. “And if they’re not strong enough, the conversation can go all over the place and it’s not as productive; there’s a balance there. So choose a strong facilitator that already has a good field relationship.

“They need to understand how to shine, but not over-shine; there’s a balance to that, too, which can be a bit of a challenge,” he says. “Rather than putting the CEO in that environment, although he or she can be comfortable there, I would generally have the chief experience officer who would, in turn, have the conversation with the CEO.

Gerver has a similar viewpoint. ”I think the CEO, the president, or whoever is responsible for the company, shouldn’t under any circumstances facilitate because they need to be in a listening mode. They need to be able to really be hearing well beyond what’s being said and listening for those strategic pieces. So, ideally your senior-most strategy people would not be the facilitators.

“In my case, if I’m the one who has to do it, then I need more support from my team,” she says. ”They’re my eyes and ears, because I’m listening, and they need to help me facilitate the conversation and go as far, fast, and hard as we can through what we want to get through.

There was a consensus among Bogart, McKinlay, Gerver and McGrath about the ideal size of a council or committee. Due to the logistics of meaningful conversation, they all landed somewhere between 8-12 members. 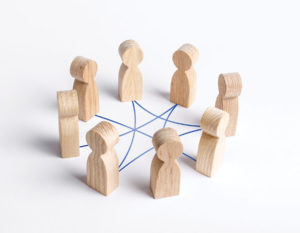 Bogart, who launched her company in 2000, advocates that a strong sense of direction and clearly defined guidelines be in place.

“Setting up your parameters before the council begins is important, being proactive instead of reactive with the guideline,” she says. “Otherwise it can become a direct pipeline to customer service. The members need to know what their role is; make sure it’s very clearly defined.

“And I’m a strong believer in a set timeframe for service, but also that in the interim if they don’t hold to the guidelines or activity status, then they won’t stay on the council.”

The limited term of service for members can be a sticky point for some spotlight-inclined field leaders. “There can be some abuse without setting good, healthy guidelines or holding people accountable,” Bogart says.

“You may have to say, ‘Hey, that’s not appropriate as a council member.’ If the role goes to their head and they’re not really supporting the mission or the purpose of the council, they need to be called out on it.”

For members who want to push their ideas or agenda, Bogart relies on the mantra, “You get a voice and your voice is important, but you don’t get a vote,” noting that they often don’t have key information for final decisions the executive team needs to make.

McKinley agrees that being clear about messaging to the council members up front is crucial. “You have to be careful so it never feels like a demotion when their term of service is up. I remember a situation at a company when there were some people that if they weren’t on that top council, it was emotionally charged.

“We had to be purposeful of reminding them it was a one-year term,” he says. “And at another company, I had to make a change at conference time when we turn over our calendar. I had to have conversations with the ones who weren’t going to continue to tell them they weren’t being demoted.

“When someone is elected to Congress, they know it’s two years in the House, and the term is finished,” McKinley says. “Everybody in Congress knows when their current term is up. That’s the message that needs to be communicated to the members when they begin their term of service; it’s not a lifetime appointment, and that’s not a negative thing. They need to go back and run their regular business because these councils take a lot of time.

“It’s a massive time commitment; not just one hour a week,” he adds. “We ask them to get feedback from their teams on different issues. There’s ongoing dialogue in the online chat in between the meetings. So, in order to avoid the feeling of demotion when the service is up, clarity and transparency on the length of service is key.” 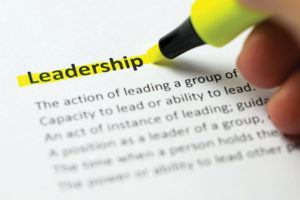 McGrath, who has held executive roles as well as been a top field leader and gains ongoing relevant insight by serving with ANMP, says, “I don’t think anyone should ever be paid for serving on these councils.

“Maybe they’re treated to arriving one day early or staying one day later to the national convention, or perhaps their hotel room for them and their spouse is paid for while they’re at the convention,” he says. “Maybe they get a gift basket with some additional swag in there or there’s a special meal that they have together with the CEO or the top executives. But not a paycheck.”

Bogart agrees, and notes Jordan Essentials is generous with recognition at convention. “Always give some recognition; it’s what we do. It’s our industry.”

McKinlay believes that approach is what the field often values most. “We always have the LAB members on the stage, and I typically spend a few minutes speaking on how much we appreciate their collaboration. This recognition needs to be regular and sincere. Sometimes we give gifts or other perks like special seating and events; but always there’s stage recognition.

“Paying them an extra thousand a month to serve defeats the purpose because then they start relying on that income,” he adds. “And then when their term ends, it really does feel like a demotion.”

McGrath says, “Corporate people love to use email and have agendas. The field, on the other hand, is a little more free-flowing and more conversational. Having an advisory council brings those two environments together; and with a good facilitator, a set agenda and clear expectations, we can create a dynamic with that end result that we’re looking for.

“I understand it’s more work, but I also understand it’s really work to do everything and not have it land the way you’d like it to land,” he adds.” Where, if you just put in the effort to have a process to get more input and greater feedback, both corporate and the field can get the results that they’re looking for.”