Every company with distributors or customers in California affected

Companies found in noncompliance can be fined $2,500 if the violation is unintentional and $7,500 if intentional.

Businesses operating in California—including almost every direct selling company in the domestic channel—are now required to comply with a sweeping new privacy law called the California Consumer Privacy Act (CCPA), a measure that gives consumers control of how their personal information is used online.

The Federal Trade Commission (FTC) has once again utilized its authority to issue an ex parte Temporary Restraining Order (TRO), an asset freeze and the appointment of a receivership against MLM Success by Health (SBH) and co-founders James and Lina Noland.

James Noland has been the subject of an FTC investigation previously, settling with the agency in 2002, at which time Noland agreed to being permanently restrained from participating in any way whatsoever in another multi-level marketing company.

The FTC alleges in the new suit, filed Jan. 8, 2020 that the Nolands and two additional officers, Scott Harris (president) and Thomas Sacca, Jr. (chief visionary officer), have violated Section 5(a) of the FTC Act, and brings this action under the authority of Section 13(b).

According to the complaint, SBH, which began selling coffee, tea and nutritional supplements through independent distributors in July 2017, promised distributors they could replace their incomes in six months and become financially free—never to work again—in 18 months if they followed the company’s instructions.

The FTC complaint includes a claim from a video posted to Facebook in which Noland says his company is a “literal golden goose … a perpetual money and health machine.” In another video, Noland describes the lifestyles of SBH distributors: “You see their million-dollar homes they’re buying. You see the Lamborghinis, you see the Ferraris. …you see them donating $100,000, $200,000.”

The complaint also says that Noland trained distributors to avoid regulatory scrutiny by talking about “lifestyle enhancement” instead of making specific income claims. According to the suit, Noland said, “Instead of telling people how much we make, we just go, okay, last week I made enough to buy that Maserati cash.” Marketing images cited by the FTC include images of luxury cars, yachts, piles of cash and exotic vacations.

The FTC states in the lawsuit that an investigator used an undercover identity to enroll as a distributor in SBH, and then made sales and purchases that entitled him to commissions. The company, however, never actually paid the commissions and did not respond to his inquiries.

The FTC also cited the company’s insistence that success comes with the purchase of large, up-front inventory packs ranging from $125 to $1995. The FTC states this practice is evidence of inventory loading and requiring distributors to buy products only in order to rank up or receive bonuses.

In fact, the complaint alleges that Harris told distributors specifically at the end of monthly sales periods to buy products in order to achieve a higher rank.

SBH is alleged to have violated another FTC red flag with its aggressive posture towards refunds and returns. The complaint alleges the company buries its no-refund and chargeback policies in small font hyperlinks in the back office web pages.

The fine print informs distributors if they attempt to return products or dispute credit card charges (chargebacks), they are subject to fines from the company, up to three times the amount of the disputed charge, or $1,000 each, whichever is greater, plus the amount of the original charge, collection costs, court costs and attorney’s fees.

The FTC has asserted in its court filings that the Nolands fled the U.S. last summer after becoming aware of the FTC’s interest and that they now reside in South America.

In an attempt to reach out directly to the celebrities, bloggers, YouTube stars and Instagram models that make up the universe of social media mavens, the Federal Trade Commission (FTC) has issued new ad disclosure guidelines for influencers (available at www.ftc.gov). The message is clear: Be transparent about partnerships with brands.

Continuing to address treatment claims made by CBD companies, the FTC has announced it sent warning letters to three companies. Regulators have not revealed the identities of the CBD companies that received the warnings, though the agency has revealed the substance of the warning letters which include an explanation that it is illegal to advertise a product that can prevent or cure a disease without reliable scientific evidence to back up the claims. The agency reported that the claims made by the companies included such terms as “works like magic” and that the products relieved pain better than prescription opioid painkillers. One of the companies had made claims that its product was clinically proven to treat diseases such as Alzheimers and schizophrenia. The FTC has asked the companies to notify the agency of the actions they have taken to remedy these concerns.

Another year has ended, but what a year it has been! Who could have imagined that 2019 would bring the end of AdvoCare’s multi-level structure, or the filing of a lawsuit against the foremost agency that prides itself for its fight against direct sellers?

The Federal Trade Commission (FTC) has been a subject in nearly every one of our 12 issues in 2019, which clearly speaks to the agency’s extensive influence in our channel. This month, both our cover story, page 1, and our Getting Real interview, page 25, explore the Neora lawsuit against the FTC in depth.

Neora’s challenge against the FTC’s basic right to file suit against any company on the grounds of overreach is unprecedented.

But the past year has seen the agency behave in such a slippery manner, including making allegations against direct sellers for behaviors and attributes they’ve previously signaled as legal. The lawsuit against the regulatory agency is certainly most welcome, and frankly a relief that standards may be made more clear.

In fact, I wonder if this lawsuit, along with recent court decisions that appear to curb the agency’s authority, will provide a very different backdrop in which the FTC operates in 2020.

We’ve also seen many companies arise or join the channel with new strategies such as instant pay, flatter genealogy structures and other significant compensation plan alterations intended to keep them clear of any regulatory agency scrutiny. The success of these companies could significantly alter the face of direct selling in the coming years.

In this issue, don’t overlook our custom-designed infographic in The Optics: Women in Leadership. The graphic highlights a few of the accomplishments that women have made in business over the last 150 years.

It makes for an interesting companion to the Special Report, which explores the lack of female leadership in many companies, including those in the direct selling channel.

Also this month, The Ranks features a compilation of our 2019 lists, cataloged for your easy reference. You can review all of the lists in their entirety on socialsellingnews.com.

I hope you enjoy this last issue of the year. From our team here at Social Selling News, we wish you and your loved ones to have a blessed holiday season. We’ll see you in 2020! 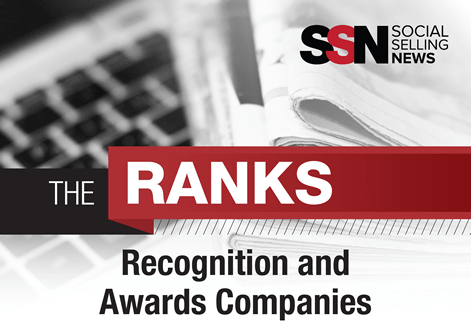