No choice but to power down.

Griddy turned their customers into amature energy traders, because they were fully exposed to the market.

Texas-based direct selling electricity provider Griddy was abruptly banned from the power market on Feb. 26, capping a chaotic two-week period for the 4-year-old energy retailer brought on by historic winter storms no one was prepared for.

The storms not only paralyzed the state of Texas but drew national attention to its deregulated power grid, as well as to the tenuous relationship between electricity retailers, consumers, and operators in the Lone Star State.

Unable to cushion its customers when the turbulent wholesale market sent electricity prices through the roof, Griddy clashed with ERCOT (Electricity Reliability Council of Texas) at the same time it faced a $1 billion class action lawsuit in the state. Its key selling point—electricity sold at wholesale prices for a nominal membership fee—may have become its downfall.

A New Way to Buy Electricity

Texas is one of several states with deregulated electric power markets. This means that the majority of residents who live in qualifying areas can choose from more than 70 retail electric providers that have been competing for business since the Texas legislature enacted the deregulation in 2002.

Launching Griddy in 2017, co-founder and CEO Greg Craig offered Texas residents a new way to purchase electricity: through the wholesale energy market. Craig’s business plan was simple—members of its service would pay $9.99 a month for Griddy to perform as a “pass-through” retailer, allowing members to access the real-time, fluctuating, demand-driven market electricity price without being charged any additional cost other than the monthly membership fee. Offering electricity “at cost” proved to be an attractive proposition for thousands of Texans frustrated with the myriad of hidden fees and provider markups associated with fixed-rate electricity bills.

In addition to the benefits of billing transparency, Griddy leveraged the recent tech boom to offer members the Griddy app, which would sync with the smart meter on their homes to provide up-to-the-second updates on wholesale electricity prices, allowing customers to limit their usage during price spikes using the push notification and alert tools of the app, which provided advanced warnings of price jumps. 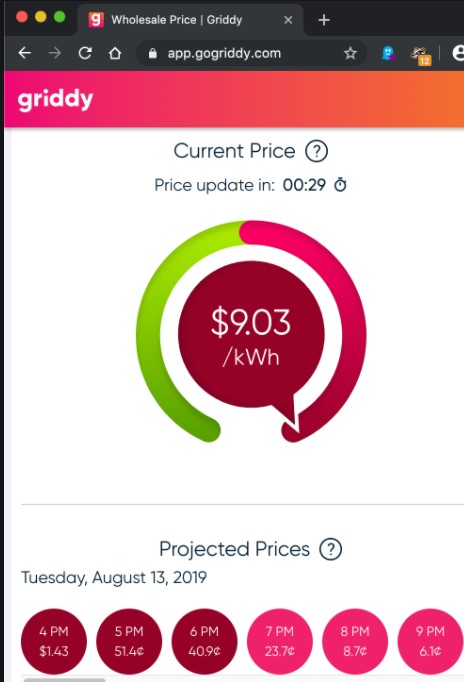 Flaws in the System Lead to Change, Entry into Direct Sales

The Griddy business model experienced a significant challenge during Summer 2019, when an August heat wave in Texas resulted in wholesale electric prices surging briefly to $9.00 per kilowatt hour (normally 3 cents to 12 cents per kWh) and customers receiving bills hundreds of times higher than expected. Griddy reported a loss of 10 percent to 20 percent of its members after this incident.

In December 2020, Griddy announced a change in leadership, appointing Michael Fallquist as CEO, Christian McArther as COO and Roop Bhullar as CFO.

The press statement announcing this change also reported the adoption of a network marketing plan to pay members for recruiting new customers to Griddy, bringing the company into the direct selling channel. The press release promised “solutions to combat price volatility, including a ‘price lock’ feature for peak periods.”

Fast-forward 14 months to Feb. 13, 2021, and Texas is once again subjected to weather extremes as an arctic air blast settles over the state, dropping temperatures into the teens and single digits, forcing multiple power plants offline just as demand jumped.

The result was a near catastrophic failure of the state-wide electrical grid and, for Griddy, a fully catastrophic return of surging wholesale electricity prices—this time lasting for days instead of minutes. Between rolling blackouts, many Griddy customers watched their electricity charges skyrocket in real time, and, due to Griddy’s billing system that linked to customer bank accounts, some watched as their balances were wiped out.

On Feb. 15, Bloomberg reported Fallquist’s surprising message to his members: Please leave us.

“We made the unprecedented decision to tell our customers—whom we worked really hard to get—that they are better off in the near-term with another provider,” Fallquist said in the article. “We want what’s right by our consumers, so we are encouraging them to leave. We believe that transparency and that honesty will bring them back.”

On Feb. 19, Griddy released a statement assuring its customers that Griddy was engaging with ERCOT and the PUCT (Public Utility Commission of Texas) to credit them for any relief received, “dollar-for-dollar.”

Just as some Texans had returned to Griddy after the 2019 heat wave, the company reported that former members were coming back this time around, even after initially following Fallquist’s advice to leave.

“…Many prior Griddy customers who had left to avoid the non-market prices quickly requested to re-enroll and return to our platform. At the time this press release is being issued, wholesale prices in ERCOT have become negative and our customers are currently being paid to be on our platform,” said the release.

The storm’s fallout continued to worsen for Griddy as, on Feb. 22, a Texas woman filed a $1 billion class action lawsuit against the direct seller. Despite the provider’s transparent pricing system and offers to assist members with relocating their electricity service during the wholesale market surge, the suit claimed unlawful price-gouging during the storm in violation of the Texas Deceptive Trade Practices Act.

Griddy responded in a statement that “the lawsuit is meritless, and we plan to vigorously defend against it.” 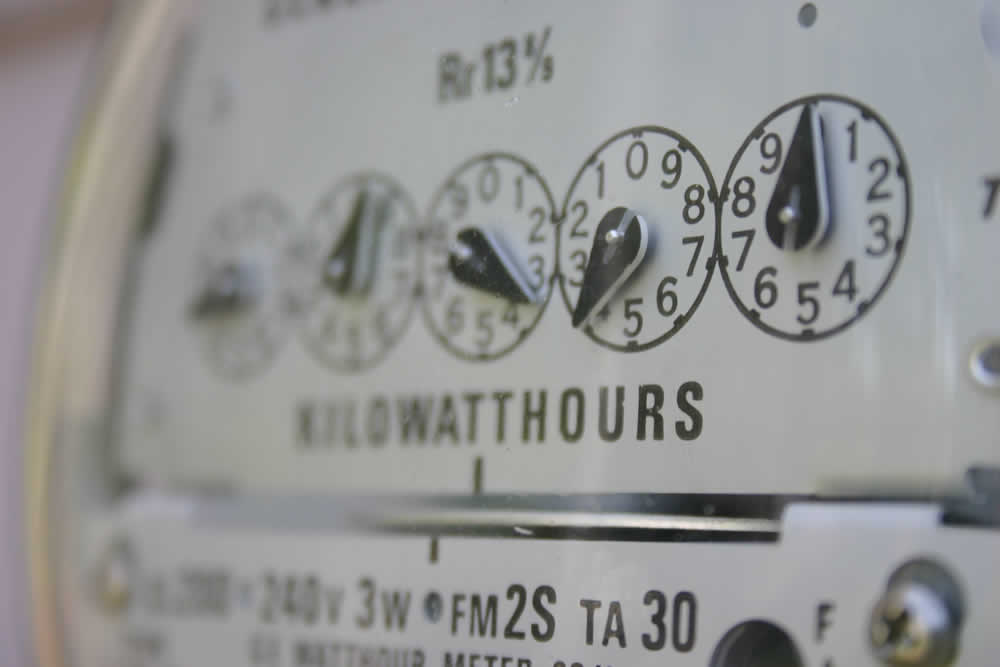 On Feb. 26, ERCOT revoked all rights of Griddy to participate in the Texas electricity market due to missed payments to the council and initiated a mass transition of Griddy customers to designated backup service providers.

On that same day, CEO Fallquist posted a reply to ERCOT on Griddy’s Twitter feed.

“To Our Loyal Griddy Members: It was not a choice we made.

On February 16th we asked ERCOT for emergency help when our members needed it the most and they did not take action. This is after the PUCT mandated the maximum (electricity) price for days — a decision they made to take the price out of the hands of the market in a 6 minute meeting.

Today, ERCOT took our members and have effectively shut down Griddy. On the same day when ERCOT announced that it had a $2.1 billion shortfall, it decided to take this action against only one company that represents a tiny fraction of the market and that shortfall.

We have always been transparent and customer-centric at every step. We wanted to continue the fight for our members to get relief and that hasn’t changed. We will keep you updated. You are always Griddsters.

No choice but to power down. #GoGriddy”

Griddy filed for Chapter 11 bankruptcy protection on March 15. Shortly after, Texas Attorney General Ken Paxton announced that Griddy customers would not be held responsible for the exorbitant charges due to the recent price surge, and that the State of Texas would not be moving forward with a deceptive practices lawsuit against Griddy, which Paxton had filed on March 1.

Co-founder Craig told the Wall Street Journal, “Our model worked in August 2019 and would have worked in February 2021, had the grid not failed and the regulators not intervened.”

“We were all intrigued by what Griddy was doing. Conceptually, it is an intriguing idea,” Snyder says. “If you, as a retailer, were really good at forecasting risk, and were able to minimize risk, you could allow customers to buy at wholesale rates and significantly lower their bill compared to what they might see with a traditional retailer. But once Griddy had their first summertime malady, it became clear to us that an essential part of the job of a retailer, relative to the customer, is to stand in the gap between the volatile wholesale market and the fairly steady pricing in the retail market and to serve as a shock absorber.

“Griddy turned their customers into amature energy traders, because they were fully exposed to the market,” Snyder continues. “For the 40 to 48 months that Griddy was in existence, I bet 44 of those months resulted in lower bills than customers would have paid with another retailer. The problem is that the remaining months were killers with blowouts in the markets due to extreme weather.”