I’ve had recent conversations with companies that can’t meet staffing requirements because employees who used to make a lower hourly wage are no longer available at that level of compensation. That affects margin, obviously.

In 2020, direct selling saw an explosion of new distributors as COVID-19 contributed to corporate layoffs, small businesses closing or limiting customers, and shelter-in-place isolation. As everyone in the channel—and the world—tried to wrap their heads around the rapid changes to their lives, some direct selling executives took notice of the sizable scale in the field and responded with effective action to manage the influx. 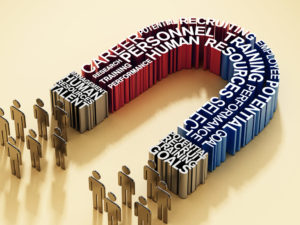 “We’re focusing on entrepreneurship at the very top levels, focusing on leadership at levels just below that,” MONAT Global President Stuart MacMillan told Social Selling News about the situation in 2020. “The reason is that we had top leaders who came to us saying, ‘Holy smokes. I don’t know what happened. I now have 4,000 people on my team, and I’m running a multimillion-dollar business,’ and they didn’t have the corresponding leadership or entrepreneurship skills.” MONAT’s executive team took action, including offering a leadership course by John Maxwell and entrepreneurship training by Todd Duncan, among other supporting measures.

In 2021, the pandemic added a layer of shifting in the workforce that was unexpected by some in the direct selling channel. The previous year’s mandate that all except “essential personnel” work from home triggered millions of workers to reassess how they spend their time and energy—and the wage they are willing to work for.

Logan Stout, founder and chairman of IDLife, shares that there is an immediate impact right now with hiring that is cutting profit as well as the ability to deliver product in a timely manner. “I’ve had recent conversations with companies that can’t meet staffing requirements because employees who used to make a lower hourly wage are no longer available at that level of compensation. That affects margin, obviously.”

The white collar worker is also resigning, with mid-level employees between 30 and 45 years old having a 20 percent increase in resignation rates between 2020 and 2021, according to the U.S. Bureau of Labor and Statistics. Despite the monthly federal grant of $300 for unemployed workers ceasing to be available in September 2021, resignations continued to climb. At the end of the third quarter, women resigned at almost twice the rate of men—309,000 compared to 182,000.

Those who are resigning aren’t simply sitting at home collecting unemployment. They’re frequently making lateral moves to companies that are a better fit with their own priorities—whether that’s mission, values or lifestyle. The lifestyle implication frequently includes the option of working from home several days a week. 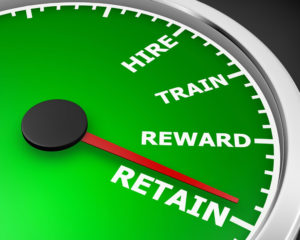 Sarah Chupinghong, international human resources manager at Sunrider, says candidates seem to favor opportunities that allow remote work. She believes that since employees have experienced the benefits of working from home, it may be difficult to hire someone for a fully onsite position when there are other opportunities on the market that allow remote work. “I expect these changes to be long term. As we move further into a technological age, I think more companies are beginning to realize that remote work is very doable and effective, and that employees are happier when given the option to work from home.”

The option of remote work has a big impact on tech hiring and retention, notes MONAT Global Director of Technology Damian Mobley. It’s not just for the convenience of the employees—it expands the pool of talent significantly and may even have positive payroll implications. “Looking local means sticking with the concepts of geographic modifiers for salary and an expectation of office work. At least in tech, that’s a detriment to hiring.”

With the pandemic’s lesson that remote work is possible, productive, and profitable (reducing commuting and sometimes childcare costs), executives and employees alike are more likely to make the jump to a company that offers flexible work-from-home options.

“With just about every position that we’re searching for right now, the candidate asks, ‘Is this going to be remote work, or am I going to be required to come into an office?’ It’s something that every candidate is taking into consideration pretty heavily right now,” says Sean Eggert, CEO of Hanna Shea Executive Search. Working remotely last year proved through evidence of rising sales, growing organizations and achieving goals, that working from home can be effective. Now, many executives are asking for roles that are fully remote—feeling they can achieve big accomplishments within their organizations while being more efficient with their time.

Eggert says, “I think a lot of candidates are in a position where they want to keep that remote option and that flexibility, and do not necessarily feel being in the office 9-to-5, Monday through Friday, is what they want for themselves and their families.”

When queried about whether the number of candidates a company will have is significantly impacted when requiring fully onsite work, Eggert says, “If there were initially 100 candidates, that mandate will reduce the number to 20.”

Stout says that adjusting to all the pivots in 2020 helped IDLife create win-wins for the employees in 2021, enabling them to acquire new talent or retain existing talent. “You learn more efficient ways of doing things from an operational standpoint and process standpoint,” he says. “We’ve been able to implement changes in our VIP associate support by taking a look at what the employees wanted and what benefited the field.

“We created a hybrid model addressing when it is more convenient for employees to work and when the field most needed support. When we pitched that model to our existing employees, it was insane how they were thrilled about that idea. ‘You’re telling me I don’t have to get up at 6 a.m. and drive to the office?’ ‘Oh, I’d much rather work in the evenings!’

“And there’s huge appeal for those who might live near our headquarters in Frisco, where driving two miles can take 20 minutes. So now we have somebody who’s working remotely at the hours the associates actually need help on calls and Zoom. That’s a strategy that I don’t believe we would’ve implemented if we didn’t go through this whole COVID world.”

Hiring top talent isn’t solely reliant on offering work-from-home or flex time options, though. Agility, or the ability to make an offer in a timely manner, is of primary importance.

“Hiring needs to happen faster. If your hiring process takes three or four months because the best candidates need to meet every single person in the hierarchy of the company from bottom to top, for them all to have their input with discussions that happen in between, you will lose that candidate,” says Afua Boateng, who spent four years as a field leader and the next 11 as a direct selling manager and director. She is now co-owner of Canada-based Dolmen Recrutement, an international recruiting firm that offers services to the channel as well as pharmaceutical, manufacturing and financial services. “I’ve seen it over and over and over again. It doesn’t matter how much you’re offering. You will lose them.”

While agility and flexibility are important, money still matters. “We’re seeing a more competitive candidate market right now,” Eggert says. “Companies are having to pay more than they would’ve in 2019, inflation aside. We’re seeing a little bit better salaries being paid out and seeing bigger bonus packages based on the performance of the company.”

There’s another game-changer for candidates, in terms of both compensation and discovering culture before becoming entrenched in it. Boateng says, “Now, because of technology, social media is connecting your candidates with current and former employees. The candidates are asking them the same kind of questions that you would ask in a reference check. ‘What was it like working with this manager? What were you paid? What was the culture like?”

These questions, which are important to the candidate, can be lost in the evaluations direct selling companies do on themselves. “Part of our value proposition to the field is that ‘We are different. We offer an alternative.’ What we forget is that while that might be true for the field, the people that are being hired corporately, still work for corporate America,” says Boateng.

Companies frequently have phrases they use that, if not explained fully, can be misunderstood by candidates. “If you have certain values in your company, how you express them is important. Considering what those words actually mean to people today is crucial—for example, saying ‘We are a people first company.’ It’s important to ask yourself, ‘what does that mean to candidates today?” Boateng says.

Before the coronavirus, that phrase may have meant that internal candidates were seriously considered for roles before hiring outside the company. Today, it’s more likely to be related to not penalizing or negatively impacting an employee working a flexible schedule to be home with children whose entire class is now being quarantined because a child has tested positive for COVID-19 in that class.

“I think in some cases you might be pleasantly surprised, but in others, you may be a bit shocked that what you thought to be a big deal or a selling point for your company is actually not what the market is asking for,” Boateng adds. “By clarifying, ‘Our company has a “people first” policy, and to us that means we don’t pressure employees to return early from maternity leave or expect employees to answer emails or texts after 7 p.m.’ the company and candidate can have parallel expectations.”

This past December, the Harvard Business Review advised creating a strategic retention plan, tailored specifically for your company. It said a clear evaluation of the working environment coupled with an analysis of intended culture versus existing culture, a plan to address and prevent burn out, and ways to facilitate work-life balance are all particularly important in retaining these employees, so you don’t have to hire replacements.

“One higher-level intervention that may be necessary before you can begin any sort of targeted campaign is to invest in an organized, user-friendly system for tracking and analyzing the metrics that will inform your retention efforts,” says the article’s author, Ian Cook. “Adopting a truly data-driven retention strategy isn’t easy, but it’s worth the effort to do it right, especially in the current market.” He advocates for a targeted retention campaign based on a detailed analysis of key metrics.

Another key to hiring appeal and then retention is providing managers and directors with the skills they need to effectively lead their teams without negative motivation, trust issues, or poor communication. “Everything is driven by your leader—your assignments, your autonomy, pay raises that they fight for on your behalf, and the culture they facilitate,” says MONAT Global’s Mobley.

Keeping an eye on market conditions and responding with agility can be the difference between being delighted with the direction your team is growing in and feeling frustrated with finding (and keeping) top talent.

Supreme Court to Weigh In on FTC Authority...