“American consumers increasingly turn to the internet to shop. Counterfeiters have followed consumers, and it is clear more must be done to combat the rising trend in online sales of counterfeit products.”

The federal government is proposing legislation to combat an ongoing problem in major global marketplaces such as Amazon and eBay—counterfeiters who profit from the sale of inauthentic products. This legislation would require online marketplaces to toughen their standards and enforcement against third-party sellers.

The SHOP SAFE Act was introduced in the U.S. House in early March as a bipartisan bill sponsored by two Republicans and two Democrats. The House Judiciary Committee’s website says that  consumers unknowingly purchase inauthentic products because the “current legal regime does not adequately incentivize online platforms to vet who is selling on their website and what they are selling.”

It’s no small problem. In 2019, the Organisation for Economic Co-operation and Development (OECD) reported that counterfeit and pirated goods made 3.3 percent of global trade. The OECD is made up of 36 member countries. In a 2018 U.S. study, the Government Accountability Office (GAO) found that 20 of 47 items purchased from third-party seller sites such as eBay and Amazon were counterfeit. 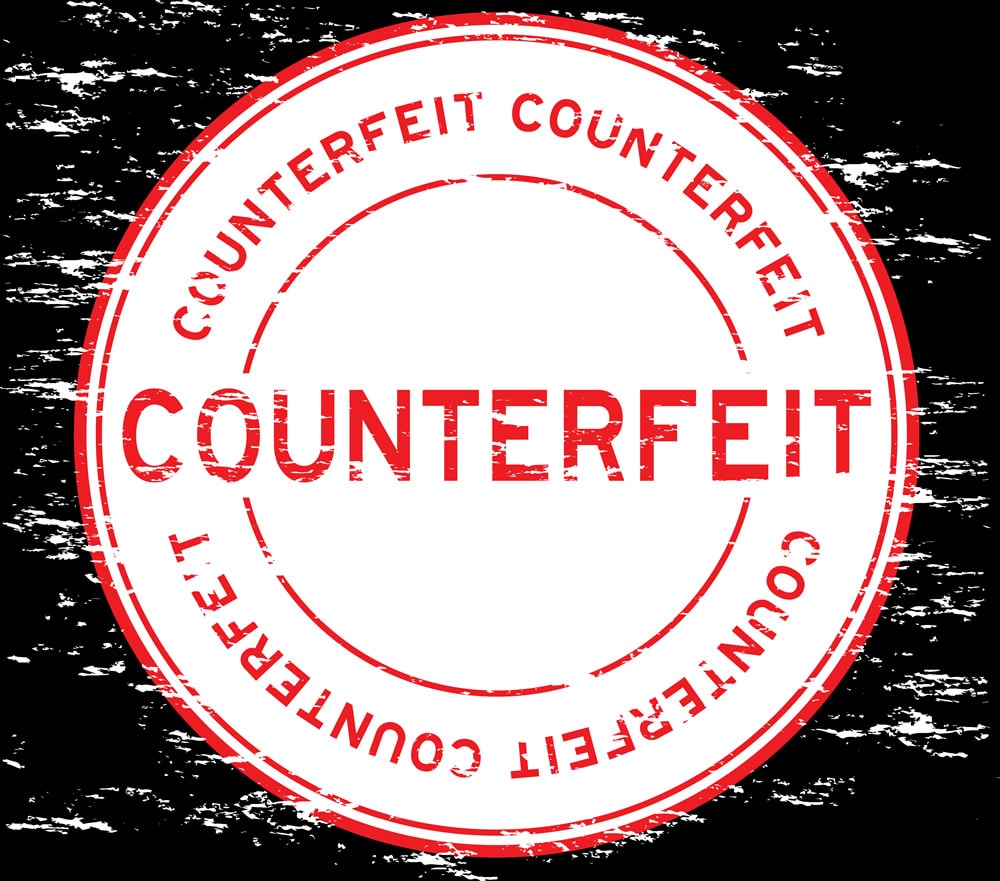 In January, a Department of Homeland Security report outlined specific actions the government would take to curtail the activities of online retailers. The report stated that primarily using e-commerce sites, trade in counterfeit goods rose from $200 billion in 2005 to $509 billion in 2016.

“E-commerce sites like Amazon make money from all sales, including counterfeits,” says Greg Fink, vice president of business development for Momentum Factor, whose firm offers unauthorized seller removal. “They do try to remove counterfeiters but aren’t always successful or even very motivated, which often forces companies try to deal with the situation on their own.”

The Trump administration has pushed for a crackdown on the sale of counterfeits online, and language addressing counterfeit goods was included as part of the Phase 1 China trade deal the President signed in January. About 80 percent of counterfeit goods originate in China and Hong Kong, according to the OECD.

Amazon claims it is addressing the issue, as a company spokesperson told CNBC that “Amazon’s anti-counterfeiting efforts are best in class, but we recognize they are not perfect and will continue to innovate and work with policymakers and law enforcement to protect brands and customers.”

But lawmakers aren’t satisfied with the self-policing. That’s why Congress is getting involved. The SHOP SAFE Act puts the burden on the online marketplaces to police against counterfeiting and includes penalties for non-compliance. It demands improved standards for vetting sellers and removing violators, and it prevents the marketplaces from profiting on these sales by third-party sellers by holding the marketplaces liable for the actions of its sellers.

“American consumers increasingly turn to the internet to shop. Counterfeiters have followed consumers, and it is clear more must be done to combat the rising trend in online sales of counterfeit products,” said Rep. Gerald Nadler (D-N.Y.) in announcing the bill. “Consumers should be able to trust that what they see and purchase online is what they will get, but counterfeiters continue to join platforms with ease and masquerade as reliable sellers in order to infect American households with dangerous and unsafe counterfeit products. The SHOP SAFE Act proposes a set of commonsense measures to tackle the gaps in these platforms’ systems and stop counterfeit sales.”

Other sponsors are Rep. Doug Collins (R-Ga.), Martha Roby (R-Ala.), and Hank Johnson (D-Ga.). The SHOP SAFE Act is an acronym for Stopping Harmful Offers on Platforms by Screening Against Fakes in E-Commerce.

Fink says he’s not sure whether a government act will be effective in stopping the piracy.

“People wake up with bad deeds on their mind,” he says. “It may never go away because they’ll find different ways to work the system. But it’s a step in the right direction to add a layer of protection for consumers.”

One situation that occurs frequently is that a company’s products show up on a third-party site with no connection to the main company. This can happen when distributors, who may have bought significant amounts of product and then left the business, attempt to sell that product online at a discount.

Fink says “It’s really about protecting the direct selling company and their reps. If they feel they’re competing against Amazon, there’s little reason for a consumer to buy from distributors.”

The bill’s backers reason that the shift in liability from the third-party sellers to the online marketplaces themselves will in itself cause those marketplaces to get tougher on rogue sellers. The SHOP SAFE Act, with bipartisan support, could become law this year.

One of the provisions calls for the marketplaces to prevent the sale of fake products by vetting sellers as legitimate and policing and removing fake listings. Those marketplaces that fail to comply could face “contributory liability” penalities.

“Consumer lives are at risk because of dangerous counterfeit products that are flooding the online marketplace,” said Rep. Collins, one of the bill’s sponsors, in a statement. “Congress must create accountability to prevent these hazardous items from infiltrating the homes of millions of Americans. The SHOP SAFE Act would make families safer by requiring online sellers to help prevent the sale of counterfeit products to consumers.”

A Gambler’s Guide to Tax Compliance