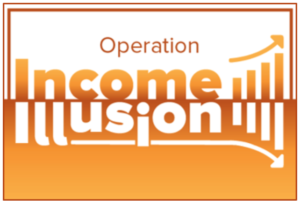 Social Media Platform TikTok made a surprise announcement regarding a change to its community guidelines, including a ban on multi-level-marketing content, making it the first online social media platform to ban direct selling outright. Additional language was added to the “Frauds and Scams” section of TikTok’s guidelines to include language prohibiting “content that depicts or promotes Ponzi, muli-level marketing, or pyramid schemes.” These restrictions were added to previously banned phishing, betting and investment scams. 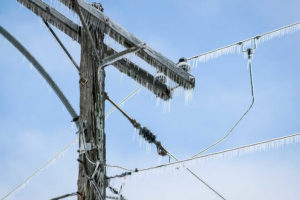 The FTC announced a crackdown on deceptive claims about cannabidiol (CBD) products with “Operation CBDeceit.” Six sellers of CBD-containing products were called out for making unsupported health-related product claims about CBD’s benefits in treating conditions such as cancer, hypertension, and heart disease and were fined between $20,000 and $85,000 each.

California-based direct seller LuLaRoe settled with the Washington State Attorney General to end a consumer protection lawsuit filed in January 2019 accusing the direct seller of violating the Washington Antipyramid Promotional Scheme Act and the Consumer Protection Act. Washington AG Bob Ferguson alleged that LuLaRoe’s bonus plan constituted a pyramid scheme and also accused the company of deceptive income claims. The Direct Selling Association (DSA) endorsed the AG’s legal action against non-member LuLaRoe, which paid $4.75 million to resolve the lawsuit, in addition to other actions, including the publication of a revised income disclosure statement and a revision of the bonus program. 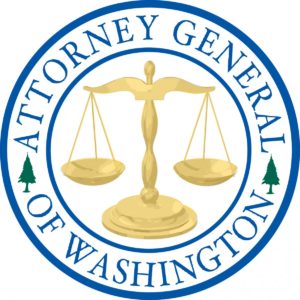 Texas-based direct selling electricity provider Griddy was banned from the state’s deregulated power market after a historic winter storm in February paralyzed the Texas’ power grid. Griddy, which provided its customers with access to real-time, demand driven electricity prices, was not prepared for the massive surge in wholesale power costs that occurred during storm. The Texas Attorney General announced that Griddy customers would not be held responsible for the exorbitant charges. Griddy filed for Chapter 11 bankruptcy in March.

Tupperware, Herbalife and USANA informed their investors of strong year-end numbers for 2020. Tupperware continued its turnaround with $112.2 million in profits for 2020, up over $12 million from 2019. Herbalife concluded 2020 with a record sales year; the direct selling giant reported total sales of $5.5 billion, brought about by increased sales in all regions except for South America and Central America. USANA reported a 2020 profit of $127 million off of $1.13 billion in sales. USANA attributed its success to being well prepared for the challenges of the pandemic year.

Acting FTC Chairwoman Rebecca Kelly Slaughter announced a new rulemaking group within the agency’s Office of General Counsel to strengthen existing rules as well as create new rules prohibiting deceptive business practices and unfair methods of competition. Recognizing the probable loss of its 13(b) monetary powers in the coming weeks, the Chairwoman stated that a revitalized rulemaking process would be a “critical part of the FTC’s toolbox to stop widespread consumer harm and to promote robust competition.”

The Biden administration’s decision to rescind a Trump administration rule that sets parameters for independent contractor classification resulted in a lawsuit filed by an array of business groups, including the DSA and Amway. The rule in question would have made it easier for businesses to classify workers as independent contractors and marked a major victory for the direct selling channel, along with other gig economy businesses such as ride-sharing and food delivery companies. The Trump rule adopted an “economic reality” test for determining independent contractor status that considers whether contractors are in business for themselves rather than being dependent on the employer for work.

The U.S. Supreme court issued a unanimous ruling in the closely followed AMG Capital Management, LLC v. Federal Trade Commission case. In a decision authored by Justice Stephen Breyer, the court held that Section 13(b) of the FTC Act does not authorize the Commission to seek equitable monetary relief such as disgorgement and restitution. The U.S. Chamber of Commerce joined many direct sellers in welcoming this decision.

Hosted by the College of New Jersey School of Business on April 30 and May 1, a caustic 2-day virtual conference titled “MLM: A Consumer Protection Challenge” brought together international regulators, former and current members of the FTC, U.S. State Attorneys General representatives, consumer advocates, as well as anti-MLM lawyers, journalists, and bloggers. Representatives from the direct selling channel, as well as the DSA, were actively excluded from the conference. While the regulators in attendance offered only measured criticisms of the channel at large, differentiating between legitimate direct sellers and illegal pyramid schemes, the academics and lawyers in attendance joined journalists and consumer advocates to call for the end of the direct selling business model.

The DSA released its Growth and Outlook Survey results for 2020 showing record growth for the direct selling channel. Despite the onset of the pandemic in March 2020, the DSA report showed a record $40.1 billion in sales in 2020, a 13.9 percent increase over 2019. Direct selling sales growth was quadruple that of U.S. retail sales overall, which were at 3.4 percent in 2020.

The FTC announced on June 14 a review of the Business Opportunity Rule by the end of the year. First proposed in 2006, the Rule applies to any new business arrangement where sellers offer a prospective purchaser the opportunity to enter into a new business where the purchaser is required to make a payment as a condition to start the business. The rule establishes requirements for documentation as well as a waiting period to new business agreements. The DSA and other direct selling proponents successfully lobbied for a generalized exclusion for the rule prior to its finalization in 2012 due to the adverse impact that Rule would have on direct selling business models. FTC Commissioner Chopra argues that the direct selling exclusion should be withdrawn during the review. 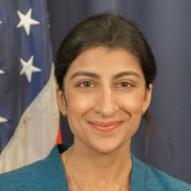 Lina Khan was confirmed as FTC Chairwoman in a 69-to-28 vote by the U.S. Senate. The 32-year-old Columbia Law School professor is the youngest person to ever lead the Commission. Prior to her confirmation, Khan worked in the antitrust program for the New America Foundation and was also a temporary advisor Legal Fellow for commissioner Rohit Chopra in 2018.

SSN’s Special Edition covered the FTC Commissioner’s announcements, Congressional testimony, and written opinions from the past year that shed light on its revised strategies for targeting direct selling companies after the Agency’s 13(b) defeat in the Supreme Court. Through a renewed focus on rulemaking and civil penalties via the Penalty Offense Authority, as well a potential revision of the Business Opportunity Rule exemption, the FTC has put the channel on notice that it is seeking alternative monetary strategies to Section 13(b). Use of the Retail Online Shoppers’ Confidence Act and a push to re-establish 13(b) monetary powers via a recently passed Consumer Protection and Recovery Act have also received the blessings of FTC Commissioners.

Near the end of third-quarter 2021, several public direct selling companies made announcements to their shareholders. Two major nutrition direct sellers, USANA and Herbalife, disclosed downward revisions to their 2021 year-end outlooks. In advance of upcoming virtual investor day, Herbalife announced lower than expected sales from its distributors. However, the company ensured investors that it was still on track for a second straight record year. USANA CEO and Chairman of the Board Kevin Guest told investors that the softer third-quarter sales were a result of increased COVID-19-related disruptions and lockdowns in several markets. Medifast, Mannatech and Nu Skin announced dividends for their shareholders.

In a 4-1 vote during a virtual open meeting, the FTC approved changes to the Rules of Practice affecting public access to the petition component of the agency’s rulemaking process. The changes will give more clarity for those seeking to file petitions related to rulemaking. A new requirement that the Commission publish all petitions in the Federal Register and solicit public comments about those petitions was also approved.

More than 1,100 businesses, including many direct selling companies, were put on notice that if they deceive or mislead consumers about potential earnings, they would be targeted with civil penalties. The FTC advised the companies and their representatives that they could be assessed up to $43,792 per violation if they make claims previously deemed to be in violation in prior administrative cases. 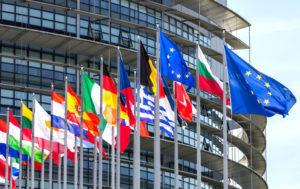 SELDIA, the European Direct Selling Association, is closely monitoring a comprehensive legislative directive that was entered into force by the European Parliament and Council of the European Union in January 2020. The “New Deal for Consumers” was crafter to bolster consumer rights within the modern digital landscape. This Omnibus Directive directly impacts direct selling companies in Europe by allowing member states to ban doorstep selling, changing the regulation of consumer information such as legal guarantees, setting strict rules on the authenticity of consumer online reviews, and establishing redress and penalties for infringement of consumer law.

Year-End Calls Did Not Forsee Coronavirus Outbreak of...