Serious Business: The FTC’s Re-Deployment of the Penalty Offense Authority

From the perspective of the FTC, the POA would appear to be a perfect weapon for quickly bringing about industry-wide change.

The Penalty Offense Authority (POA) allows the Federal Trade Commission (FTC) to seek civil penalties against a wrongdoing party where: (1) a final cease and desist order has been entered against a party in an administrative proceeding under Section 5(b) of the FTC Act; (2) the order identifies a specific practice as unfair or deceptive; and (3) a party with actual notice of the order has engaged in that practice after the order became final.

Civil penalties can accumulate stratospherically. Under certain FTC statutes, there is liability of up to $43,792 per violation. Moreover, there is no statute of limitations for the POA.

A History of the POA

In 1976, the Commission launched a pilot program in which it notified dozens of businesses regarding FTC orders that declared specific practices as unlawful. The notices warned the recipients that if they violated the terms of the orders they could be subject to civil penalties.

Thereafter, the FTC conducted follow-up investigations to determine whether the firms continued to engage in the unlawful practices. In 1977, the Commission announced its first civil penalty actions under the POA program.

The Commission used the POA to target entire industries, problems in certain geographic areas, and the largest corporations of the era, such as Sears, Roebuck and Co. Within five years, the FTC sent notifications to over 2,000 companies.

The use of the POA fell dramatically in the 1980s. The FTC changed its priorities away from systemic market problems and directed them toward small-time scams. Section 13(b) became the favored tool to shut them down.

Since 2000, the POA has been used only once. In the late 2000s, the Commission discovered widespread deception around the sale of “bamboo” textile products that were, in fact ,made of rayon. Months later, the Commission notified dozens of retailers with synopses of a previously litigated decision. That allowed the Commission, in 2013, to announce settlements with four major retailers that included civil penalties in excess of $1.2 million.

There are several reasons the FTC would prefer to use the POA in the direct selling arena rather than litigation under Section 13(b) including:

(1) the FTC’s ability to seek monetary relief through Section 13(b) evaporated when the U.S. Supreme Court unanimously ruled against it in the FTC v. AMC Capital Management case in April 2021;

(2) POA has greater deterrent value compared to 13(b);

(3) pursuing wrongdoers under the POA poses less litigation risk for the FTC compared to Section 13(b);

(4) the POA could have industry-wide influence on unlawful behavior, which would, in turn, increase compliance and reduce the need for individual enforcement actions.

From the perspective of the FTC, the POA would appear to be a perfect weapon for quickly bringing about industry-wide change. As Commissioner Chopra wrote in “The Case for Resurrecting the FTC Act’s Penalty Offense Authority”:

“Determining whether a multilevel marketing operation qualifies as an illegal pyramid scheme requires resource-intensive investigations that can last years.

“During this time, more victims will suffer, while owners and top distributors can dissipate assets. Furthermore, the structure and size of a multilevel marketing operation can change considerably during this period, which can complicate litigation should the FTC decide to sue.

“Finally, if the FTC does sue, litigation can drag on for years, as experts battle over whether the structure of the business is illegal. Altogether, it is not clear that the Commission’s current enforcement approach is adequately deterring the most pernicious pyramid schemes,
which continue to emerge year after year in spite of decades of FTC warnings.”

POA – A Formulaic and Simple Process

Providing notice to network marketing companies and top distributors about the FTC’s determinations regarding deceptive income or product claims would make clear that such claims constitute a penalty offense.

The FTC would thereafter conduct follow-up investigations to determine whether the recipients have ceased making deceptive claims. If not, the agency will simply assess “the penalty” by mailing a notice suitable for framing (and a bill) to the malfeasor demanding payment.

Remember, each deceptive income claim or unsubstantiated product claim constitutes a separate offense. Try doing the math for your company for every improper income or product claim made by your distributors being subject to this $43,792 penalty.

Could the POA Be Used Against Individual Distributors?

Absolutely. Over the past 15 years, the FTC has not hesitated to sue individual distributors (the top three to five distributors) in combination with its enforcement actions against direct selling companies.

The FTC’s ability to influence the channel swings on the dual hinges of pursuing companies and pursuing distributors. Consequently, I believe the FTC will gleefully look to deploy the POA against leaders in the field.

What Companies and Distributors Need to Do

The first step to any successful recovery program is to acknowledge that one has a problem.

As it targeted specific industries in the ’70s and ’80s, the FTC has specifically identified direct sellers for targeting in 2021.

Moreover, the FTC has expressly stated and given clear notice that deceptive income claims and unsubstantiated product claims in the direct selling industry are one of its top five targets.

The message could not be any clearer. The direct selling channel needs to acknowledge that it has a problem in the income/product claims arenas.

Too many executives will pay passing lip service to this truth, being reluctant to radically alter the marketing and promotional strategies of their company or field.

(2) Use the IDS appropriately across all corporate resources;

(3) Articulate, mandate and monitor across all distributor resources;

(4) Support its proper use via an effective distributor compliance education and training program.

For product claims, companies must have adequate substantiation in their possession at the time a claim is first made.

Companies must adequately educate their distributors on these two “bet-the-farm” areas.

Although income and product claims are the two hottest regulatory topics within the purview of legitimate direct selling, a “rising regulatory star” is distributor compliance training.

Income claims and product claims are proverbial “low-hanging fruit” for the FTC and state regulators.

The reasons are simple:

(1) Virtually all income claims are deceptive;

(2) Rarely do companies have adequate substantiation for their product claims.

Regulators have increasingly begun to look for the absence of distributor compliance training programs. When they do not find them, they often force them upon companies as a significant component of settlement.

The absence of an effective compliance training program raises significant issues as regards to whether a company merely pays lip service, and decorates itself with compliance “window dressing,” or is truly serious about and committed to being a good and ethical corporate citizen.

The entire channel needs to rethink and radically alter its approach to income and product claims if it hopes to avoid the oncoming POA storm on the horizon.

This is an existential threat, but it does not have to be. With a renewed dedication to company-wide introspection and a thorough commitment to solid IDS and compliance training programs, the channel will have a better opportunity to meet expectations presented by regulators. 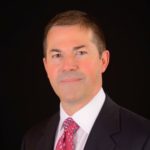 Kevin Grimes is an attorney with Thompson Burton, PLLC, who has been practicing law in the MLM arena for 30 years.