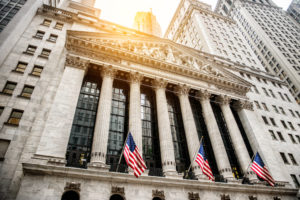 We listen in on the public company earnings calls and read the transcripts so you don’t have to. Check back each quarter for our review with insights and takeaways for your own business.

USANA Health Sciences reported a turbulent fourth quarter, as COVID-19 disruptions in Asia led to a double-digit sales decline in the company’s most lucrative region.

Even with sales coming in below expectations during the most recent three-month period, USANA’s revenue for all of 2021 was still up 5 percent on a year-over-year basis, a figure that CEO Kevin Guest described as a “solid performance” in what remains a “dynamic operating environment.”

“As the COVID-19 pandemic has evolved over the last two-plus years, we’ve learned that its impact to our business is not linear. This is evident in our fourth-quarter results where lockdowns and disruptions to our operating environment pressured our financial performance,” Guest told analysts during an earnings call.

Several key Asia markets were negatively impacted during the fourth quarter by pandemic-related restrictions, as cases throughout the region spiked during the end of 2021, Guest said. Some of those markets currently remain “severely impacted” by lockdowns, while others are starting to see signs of reopening, he said.

During the fourth quarter, sales in USANA’s Asia Pacific region were down 15 percent. Sales in China were down 10 percent.

For 2022, Guest said he remains optimistic as the pandemic’s effects ebb and flow, and “we continue to manage the business with sustainable long-term growth in mind.

“We anticipate that net sales will accelerate throughout the year,” he said.

Guest added that the company is focusing this year on continuing to bolster its digital strategy, driving growth in China, launching new products, and returning to hosting in-person events “in markets where it is safe and we are permitted to do so.”

2022 marks USANA’s 30th anniversary, and Guest said the company is planning a hybrid event—virtual and in-person—in Salt Lake City to mark the occasion. The company is also planning an in-person event in China toward the “back half of the year,” Guest said.

For the event in Salt Lake City, several thousand people are expected to attend in person, and tens of thousands around the world are likely to participate virtually.

We are going to plan for the worst and hope for the best,” Guest said, “meaning we’re going to do a simultaneous virtual event while we’re doing a live event.”

While the event will be a major convention where the company gets to show off new products and promotions, Guest added that USANA is scaling back expected product launches and sales promotions tied to the 30th anniversary event. The reason: The pandemic has made the landscape too unpredictable to bank on one major event to be the catalyst for a slew of new announcements.

“There is a possibility that the event could be limited just because of unexpected COVID issues,” Guest said. “So, we’re not relying on that event for certain product launches and/or promotions.”

The Georgia-based financial services company turned a profit in the fourth quarter of 2021 and remained profitable throughout the year, despite sales normalizing from peak pandemic levels in its biggest money-making product line and lackluster results from its newest segment.

During the most recent three-month period, the company netted $34.5 million in profit, and Primerica, which sells term insurance policies and annuities, ended the year with record revenue of $2.7 billion, CEO Glen Williams told analysts during an earnings call. That figure tops what had been a previous company record of $2.2 billion in 2021.

Williams told analysts that fourth-quarter and full-year results continue to reflect strong demand for the company’s financial solutions even with continued uncertainties caused by the pandemic.

In all, Primerica said it issued about 75,000 life insurance policies in 2021, down 14 percent from a year ago. Still, the company reported an 11 percent increase in revenue in the segment for the fourth quarter, generating $408 million in total sales during the period.

Williams said term life insurance sales volume continues to normalize “following a period of heightened fear and urgency that was created by the pandemic.” Even with that, he noted that there remains “strong sustained demand… and sales volumes in each quarter of 2021.”

Primerica’s Investment and Savings Product segment increased revenue by 28 percent during the three-month period to $247 million. And sales in its newest segment—senior healthcare insurance products—suffered from weak sales and high churn, resulting in a non-cash impairment of $76 million.

Meanwhile, Primerica processed 17 million death claims associated with COVID-19 during the fourth quarter, a year-over-year increase of 3 million pandemic-related death claims. The most recent three-month period marks one of the highest levels of COVID-19-related death claims since the onset of the pandemic.

Primerica closed on its acquisition of e-TeleQuote, a provider of senior health insurance and a distributor of Medicare-related insurance policies, in July 2021. But so far, the acquisition hasn’t panned out as expected, with Williams noting that “challengers are bigger than anticipated” in the segment.

In the earnings call with analysts, Williams said results from Primerica’s new senior health segment were “significantly” weaker than expected because of fewer approved policies, an uptick in churn and higher contract acquisition costs.

As a result, he said the company is adjusting its senior health business going forward and plans to continue investing in “robust data science practice to better identify the best leads and route them to agents with the highest probability of closing.”

“In 2022, our focus will be on addressing the fundamental issues I’ve just outlined and growing the business responsibly. As we tackle necessary changes, we will build our agent count and sales volume more slowly than originally planned. Our challenges are bigger than anticipated, the strategic rationale for acquiring the e-TeleQuote remains unchanged, and the growth characteristics in the Senior Health market continue to exist.”

The Utah-based seller of skincare and nutritional products reported a fourth-quarter loss of $9.2 million as sales in the company’s most lucrative market—China—suffered a double-digit decline because of pandemic restrictions.

The company reported strong sales figures for 2021, netting $147 million in profit, which was down from $191 million during the same time a year ago. Sales totaled $2.7 billion last year, up 7 percent year over year.

CEO Ryan Napierski said that the company is expecting another solid performance this year.

“Looking ahead to 2022, we anticipate another year of growth,” he said. “We are confident in our plans as we work toward achieving our vision for the future.”

U.S. sales grew by 32 percent in 2021 due in large part to ongoing adoption of its social selling model, said Napierski.

But in Asia markets, where the latest COVID-19 variant forced strict lockdowns and restrictions on in-person events, sales plummeted. In China, sales fell by 26 percent during the most recent three-month period. Sales in Japan were also down by 6 percent.

The one bright spot: South Korea, where sales grew by 8 percent during the fourth quarter.

For the current quarter ending in April, Nu Skin said it expects revenue in the range of $560 million to $590 million.