As usual, the tech giant was on to something, and 11 years later that catchy little earworm is not only safely trademarked, it’s a post-modern truism. For virtually anything you want to do these days—from the personal to the professional and everything in between—chances are you can find an app to make it happen.

The direct selling channel is no exception. And although long known for somewhat old-school, traditional tendencies, the channel is evolving. With every year that passes, progressive companies and their increasingly discerning customers across the globe are growing more reliant on mobile apps and the conveniences they offer.

In the booming personal-care sector, the popular Mary Kay Mirror Me app allows distributors and customers to participate in real-time virtual makeovers. Utilizing a cell phone’s rear or front-facing camera, the app makes it possible to try on endless color combinations and place makeup on the face, lips and eyes. Users can also purchase those products straight from the app.

Sheryl Adkins-Green, Mary Kay Inc.’s CMO, says, “Apps like these empower Independent Beauty Consultants with the tools they need to have the flexibility of a fully digital business.”

She adds, “Given our ‘new normal,’ and knowing that even more business and relationship building is happening in digital, adoption of our digital apps is rising exponentially.” Adkins-Green says that the skin analyzer app downloads are up more than 100 percent year-to-date. 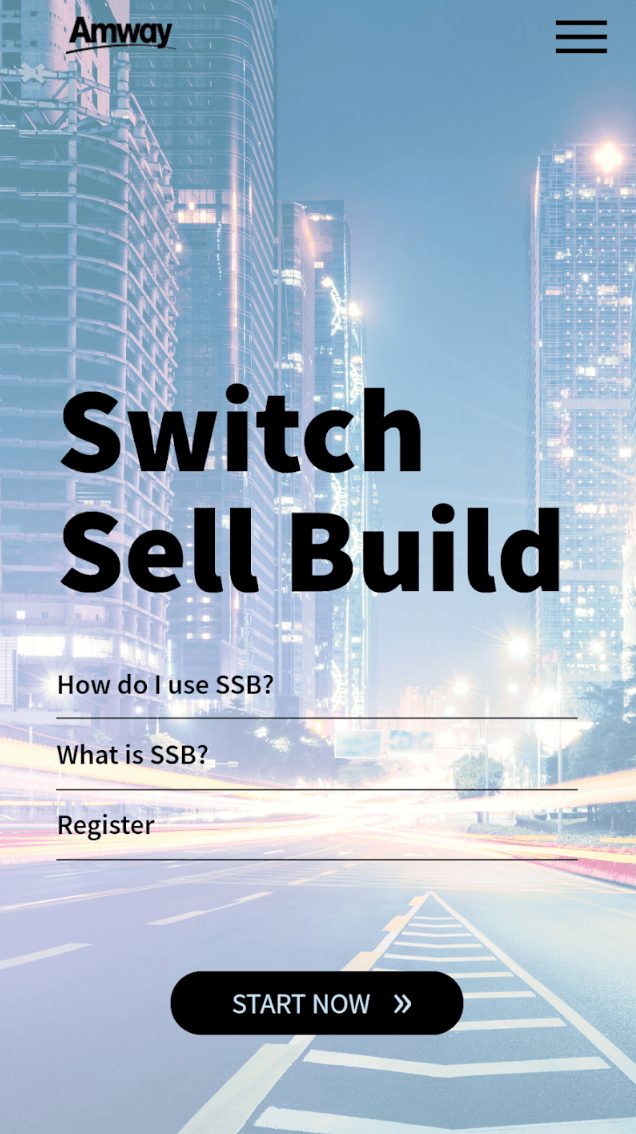 Some apps serve as digital business mentors. At Amway, the Switch-Sell-Build app is specifically designed to assist distributors in sharing the Amway opportunity and explaining how the company’s compensation operates.

Other tools, such as the Shield Community app—created by Damsel in Defense, which sells personal security devices—offer users an added layer of safety by sending out automatic alerts to emergency contacts when a device has been deployed.

Mindy Lin, co-founder and CMO of Damsel in Defense, says, “The app has truly created an extended community around safety as well as a personal community for each individual who uses the app. The excitement generated by the Shield app was unprecedented for us, and we sold out of our first Shield-enabled product in a quarter of the time we anticipated and projected.”

Lin adds, “We’ll continue to develop and bring to market more products and tools that will utilize the Shield Community app in the hopes of changing the statistics around assault and domestic violence.”

Oswald indicates that most direct selling companies are moving in the direction of developing apps. He says, “If they don’t already have an app, they are recognizing that they need one.”

As recently as 10 years ago, however, that wasn’t the case across the direct sales sector. Apps were slowly coming onto the scene, but they weren’t necessarily optimal products.

“I saw apps really early, but nothing was very effective,” says Jake Spencer, senior vice president of global sales at Q Sciences. “A lot of people tried to get apps going, but they just didn’t get traction.”

Some companies, he says, made the mistake of forgetting that an app, no matter how fun and slick, is simply a tool. “A lot of companies have a theory that apps take all the heavy lifting out of the business,” Spencer says. “I don’t think that’s the truth. If you’ve already got some good things going on in your company, then the app enhances that. It’s just one of the ingredients in making the cookies.”

Rallyware CEO George Elfond agrees, noting that early on many direct selling companies rushed to get apps because they naturally wanted in on the next big thing. “But what was happening was the apps were still not sophisticated enough,” Elfond says. “And in many cases, they would launch an app that really did not have its own purpose.”

When an app turns out to be more about form than function—and not specifically relevant to a company’s mission—its distributors and associates notice and rarely return to it, he adds.

“In our world, it’s very easy to build an app, but it’s extremely difficult to build and launch something that is very relevant,” Elfond says.

In recent years, with major advancements in mobile app technology, an increasing number of direct sales companies have recognized the value of connecting with suppliers of quality digital tools.

When direct sales companies approach Elfond for help, he advises them to ask one crucial question. “What is the problem the app is solving?” he says. “Technology, in general, and apps, in particular, are just a means to get to the solution.”

The process, he adds, should start with the company having a candid conversation about its problems, taking into account digital footprint, digital confirmation strategies and infrastructure challenges.

“Here are the problems. Here are the solutions,” Elfond says. “And here is the technology that will help us enable those solutions.” 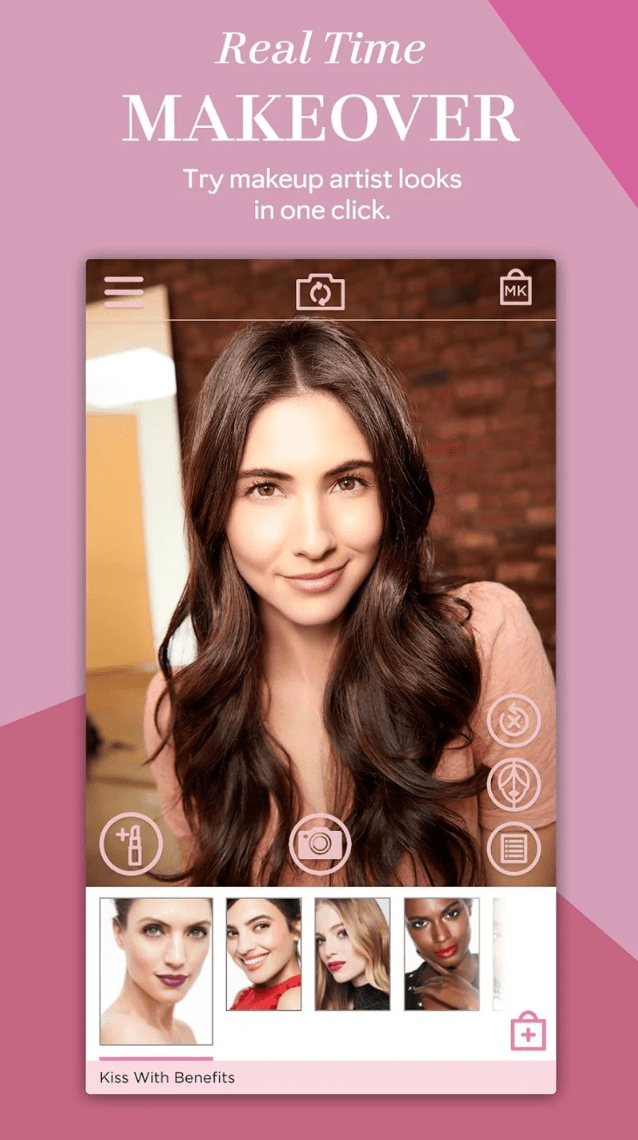 Direct sellers, as in any sector of commerce, want apps that make their work easier, more fun and more interesting. “The easier and simpler it is, the better,” Oswald says. “Every action within the app needs to be done with just three to four taps. We have really challenged our team on that.”

At Q Sciences, their Q Connect Pro app assists distributors with everything from customer acquisition and retention to compliance and team-building, Spencer says.

“We use our app for a lot of things,” he says. “Content is one of the biggest. We also use our apps to send out samples. We can send samples right to someone’s door.”

One of the most important functions an app can fulfill for a company is training and communication with its salesforce. “Companies that don’t have that are just relying on training coming from the upline,” Oswald says. “It’s much more of a cross-your-fingers mentality.”

Elfond’s view is that direct sales companies face an inherent challenge when communicating with their fields. “It’s extremely difficult for any company to get its employees to do something they need them to do, but imagine a direct selling company where there are no employees selling the company’s product,” he says. “All of the people are independent distributors. They’re not sitting in an office, so how do you get to them?”

Innovative apps can create smart push notifications that might recommend personalized activities, such as product training or contacting an upline or attending a team meeting, at the right time to every member of the salesforce.

“I like to call it Uberizing the direct selling industry,” Elfond says. “What I mean by that is an Uber driver always knows specifically what they need to do next. They have an app that takes them through the process. They pick up a passenger. They drop a passenger. They pick up the next passenger. I want every direct selling distributor to wake up in the morning and see exactly what she needs to do today to succeed.”

Among direct selling experts, the consensus is that most direct selling companies need to add an app to their collection of tools. The key is making sure that app is tied to a specific, essential purpose, and is fun and interesting to use on a daily basis.

Today, as companies across the world face an uncertain future in the midst of the coronavirus pandemic, that function may be more important than ever before.

Elfond has already seen evidence of that happening among Rallyware’s clients. Equipped with apps and other digital tools, companies were able to respond quickly to the new needs of their distributors and increase availability of highly relevant learning content.

Rallyware saw a 22 percent increase in content on average among its customers following the COVID-19 stay-at-home measures. Those efforts translated into significant increases in engagement and productivity for their companies.

Although the full impact of the increased learning and business-building activities won’t be seen until further in the future, the numbers show that average sales were 10 percent higher in March, with 12 percent more transactions compared to the previous periods, Elfond says.

Elfond is confident that the direct selling channel will not only survive the effects of the pandemic but also learn from it.

“Direct selling has always been very traditional, but it is evolving,” he says. “We’ll be forced to innovate a lot, and it’s a beautiful thing because through innovation comes progress.”

What has proved most surprising to you during COVID-19 lockdown?