Bankruptcy and Asset Sale of NewAge Inc. Fraught with Allegations of Deception, Extortion, and Fraud 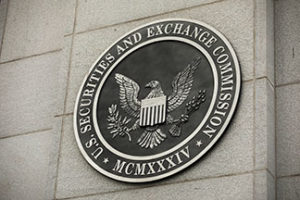 NewAge, a Utah-based health and wellness direct seller, has endured a turbulent year as bankruptcy filings, lawsuits and regulatory scrutiny have plagued the company over the past several months.

The company was recently sold to a “stalking horse” bidder for $28 million. The U.S. bankruptcy court approved the sale in late September 2022. However, just days after taking ownership, the new owner of NewAge hit former executives of the company with a lawsuit outlining a myriad of grievances.

The new owner, DIP Financing LLC, whose only known representative is John Wadsworth, provided the sole bid to purchase NewAge at a price grossly insufficient to allow for any sort of recovery for equity holders or creditor claims.

NewAge said it had $310.9 million of assets and $149.4 million of debts as of the end of 2021. Wadsworth is the co-founder of direct selling companies Morinda, Noni and Zennoa—all of which are brands acquired by NewAge previously.

In the lawsuit, NewAge states it intends to stop the defendants’ “brazen scheme either to seize control of NewAge and its business or to undermine NewAge’s relationships with its business partners so seriously as to destroy the company’s value.”

Cooper was serving as a member of the board of directors for NewAge and is also the founder of ARIIX, a direct selling company acquired by NewAge in 2020. Wilson was the president of ARIIX who became a group president for NewAge after its acquisition of ARIIX. Willis is the former CEO of NewAge who resigned in January 2022, and while no official reason was given from the company at the time, his resignation followed a decline in NewAge’s share price of 81% over the previous year.

KwikClick, founded in 1993 by Cooper, is a social interaction, selling and referral software platform. The lawsuit claims that the defendants used ARIIX’s intellectual property, resources and personnel to benefit KwikClick, thus violating various non-compete and restrictive covenants entered into by Cooper, ARIIX, and NewAge.

The lawsuit also claims that the defendants misrepresented themselves in connection with the acquisition of ARIIX by NewAge. It states that the defendants fraudulently induced NewAge to enter a license agreement with KwikClick under which NewAge was required to pay exorbitant licensing fees for use of the same software that NewAge already bought in the ARIIX acquisition and paid to further develop even after the acquisition.

According to the lawsuit, the defendants failed to take all steps necessary to protect ARIIX’s assets, including its intellectual property, and had already given a complete copy of ARIIX’s proprietary software to its former employee, Wenhan Zhang, to use at KwikClick, failing to disclose known potential liabilities including the existence of potential Foreign Corrupt Practices Act (FCPA) violations. According to the lawsuit, NewAge was unaware of these misrepresentations.

These allegations are not the first for Cooper. Prior to being acquired by NewAge, ARIIX purchased the direct selling company Limu in 2019. Limu, one of the many brands for sale on the NewAge website, offers seaweed-based products and energy drinks. Limu was founded by Gary Raser, a veteran in direct selling who rose to a top field rank for another company before founding Limu in 2004.

ARIIX had originally approached Raser in 2018, and he declined to sell, but by January of 2019 he decided he wanted to retire and he called them back. According to Raser, he inked what he thought was a solid agreement with ARIIX in June 2019.

“We had an ironclad contract and asset purchase agreement with a promissory note secured by UCC filings,” Raser tells SSN. “It was ironclad on both sides—what I had to deliver, what they had to deliver. And I held back millions of dollars to be reduced each month with a payment plan from them. And then within a year of me selling to them, they sold to NewAge.”

According to Raser, his contract very clearly states that ARIIX could not sell or transfer any of the assets of Limu to any other entity, whether by selling it outright or selling ARIIX to anyone else.

However, in July 2020, NewAge issued a press release stating it had combined forces with ARIIX and four other e-commerce/direct selling companies to create a $500 million global enterprise.

Along with Limu, the other companies included in the announcement were Zennoa, which offers superfood-based dietary supplements; MaVie, which offers nutritional products customized to individuals’ DNA makeup and; Shannen, an Indonesian skincare and beauty company.

CEO Brent Willis was quoted in the release saying, “We will have the team, the scale, the profitability, the brands, and the reach to drive superior growth and return for shareholders and all of our valued independent representatives and consultants worldwide.”

Willis went on to say, “We believe we are well positioned in this new business environment with more than 80% of products ordered and fulfilled online and delivered direct to consumers’ homes across now more than 75 countries, and expect to continue to be a disruptive force creating the first omni-channel company in the industry.”

“They did it anyway,” says Raser. “I got all the lawyers involved, and they came back and said that they had filed a new LLC and put the assets of Limu in that LLC to try to avoid paying me.”

​​According to Raser, once ARIIX purchased Limu in 2019, company executives started traveling around the country and presenting to both ARIIX and Limu distributors encouraging them to get their finances in order and ready to purchase stocks because ARIIX was going to be purchasing a public company soon.

Raser says that once the announcement was made in July 2020 about the merger of ARIIX and NewAge, both Cooper and Wilson along with the NewAge CEO, Willis, started traveling around the country making presentations to thousands of distributors within all the companies included in the acquisition, encouraging them to buy stock in NewAge.

Then, Raser alleges that sometime in the last quarter of 2021, Willis sold his shares in the company and shortly thereafter, in early 2022 after Willis resigned, NewAge ceased paying him his contracted buyout payments.

Social Selling News reached out to both Brent Willis and Fred Cooper for comment but has not received a response as of this publishing. 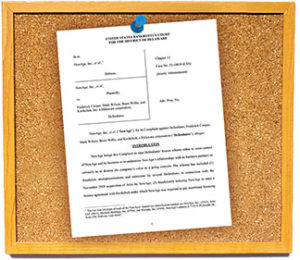 The troubles for NewAge started long before the bankruptcy or recent lawsuit from the new owner. The company has failed to submit some of its regulatory filings over the past year. NewAge received delinquency notices from the Securities and Exchange Commission (SEC) in April 2022 and again in May 2022 due to the delay in the filing of its annual report. It received another notice in August 2022 due to its failure to file its quarterly report for the quarter that ended June 30, 2022.

The SEC’s complaint, filed in the U.S. District Court in Colorado, alleges that between 2017 and 2019 Willis engaged in fraud by disseminating numerous false and misleading press releases and making false public statements concerning NewAge’s business dealings.

According to the complaint, he also aided and abetted NewAge’s disclosure of material information in violation of Regulation FD, which addresses the selective disclosure of information by publicly traded companies and other issuers.

The complaint goes on to say that these false and misleading public statements concerned a wide range of matters that were critical to the company’s growth and success, and thus to NewAge’s investors, including purported new and expanded product distribution deals with large domestic and international beverage distributors and retailers. In reality, these distribution deals either did not exist or were significantly smaller than claimed in the public statements.

The SEC is seeking permanent injunctions, disgorgement with prejudgment interest, civil penalties, and officer-and-director and penny stock bars against Willis.