“I think we can turn this into a positive thing. There’s no real replacement for that in-person connection, but you can get pretty close with a series of video meetings.”

Boosted by a surge in North American sales, Herbalife Nutrition reported record revenue during the second quarter, as the company handily beat Wall Street expectations amid the nearly all-digital sales environment companies are navigating during the COVID-19 era.

President John DeSimone said the company’s performance started out slow but improved as the quarter progressed, noting to analysts during an earnings call earlier this month that “May was better than April, but June was even better than May and that continued into July. So, there was a lot of momentum.”

DeSimone said it’s not clear whether Herbalife is reaping the benefits of COVID-19-related quarantines—people spending more time at home—or customers looking for health supplements amid a pandemic, but “as far as what’s driving the growth, it’s definitely distributor activity, and that activity is being driven by engagement.”

And some of the staggering growth the company has experienced recently, he said, is likely to turn to  “a more normalized growth rate.”

“I think there is some truth that, globally, the industry is doing well for whatever reasons you want to ascribe to. It’s really hard to know right now. But I think we are actually exceeding those industry statistics. And we are doing it pretty much globally,” DeSimone said. “So, that really sets us up, at least for the near-term, it sets us up well. I mean obviously long-term, the type of growth we are seeing now, it’s got to flatten a little bit, but I think it does give us a new foundation.”

“By any accounts, APAC has been under that umbrella longer than any other region in our business,” he said. “It started there and places like Korea, India, Indonesia and a few other locations have been particularly impacted by their government’s responses to the pandemic, India, especially, I think.”

The maker of home goods and personal-care products reported sales were down double digits during the second quarter, but company executives said they are confident the legacy brand has “pivoted” after years of declining sales.

Rich Goudis, executive vice chairman, told analysts during an earnings call that with a new leadership team and growth strategy in place 2020 “is our year to pivot.” He also laid out a turnaround plan in which the company returns to steady growth within the next two years.

“Our primary goal is to protect our employees and sales force during the pandemic, rightsize our cost structure and improve our liquidity position, refinance our near-term debt obligations, shed non-core assets and focus on our core business by reengaging our sales force and fine-tuning the new growth strategy,” he said.

Goudis said 2021 will be the “inflection year,” where the company focuses on segmenting its sales force, improving retention, expanding the use of digital selling tools, entering new product categories and returning to top-line growth. Then, in 2022, he said, the company believes it will see “growth rates accelerate upon a more stable core business.

Tupperware has not seen a sales increase in a quarter compared with the previous year since 2017. The company has been undergoing major changes to try and regain its footing.

Goudis joined the company earlier this year along with new CEO Miguel Fernandez, a former Avon executive, after former CEO Tricia Stitzel stepped down in November.

Overall, Goudis says Tupperware’s business likely would have been flat year-over-year if it did not have to eat $35 million in negative impact from the pandemic. And there were some real positive signs, the executive said, highlighting that sales in the U.S. and Canada were up 30 percent compared to the same period last year—shipping more product in the month of June than in any month in nearly 20 years.

“We do believe the results reflect that we pivoted as a company, and now we’re more confident in our ability to turn around the business,” Goudis said. 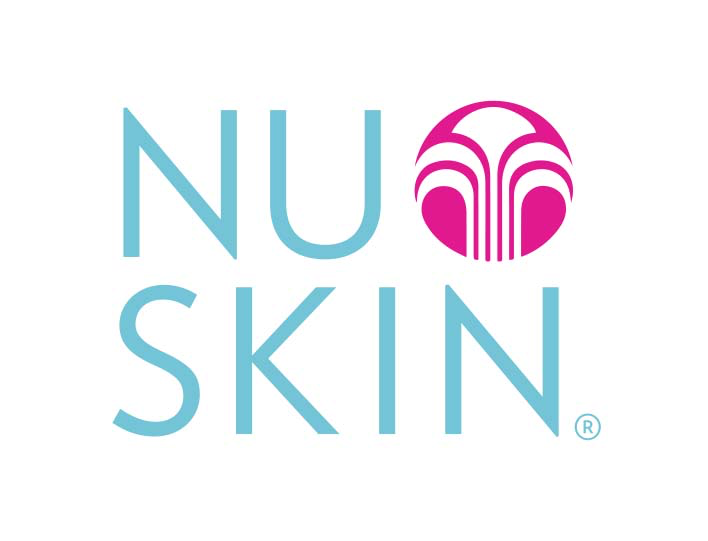 The Utah-based seller of skin care and nutritional products reported a solid second-quarter, beating Wall Street estimates, accelerating its customer base raising its guidance for the full year.

Accounting for foreign currency fluctuations, overall sales were flat—up by 1 percent—driven by a 29 percent increase in the customer base. CEO Ritch Wood told analysts during an earnings call that customer growth was due largely to distributors “embracing digitally-enabled commerce,” and they expect upward trends to continue.

Optimistic about the business opportunities ahead, Nu Skin raised its 2020 revenue guidance. The company now expects revenue in the range of $2.37 billion to $2.45 billion for the year. Nu Skin had previous projected revenue up to $2.26 billion for 2020. Total revenue for 2019 totaled $2.42 billion.

“We believe our business is very well positioned to succeed with our strong product offering, the flexibility of our Velocity compensation program, and the technology improvements we have made to enhance the abilities of our sales force to work remote,” Wood said. “Overall, we continue to feel confident in our strategy and believe we will generate growth in the second half of the year while building momentum for 2021.”

Benefitting from a continued coronavirus-related uptick in demand for immune support products, USANA Health Sciences says it feels confident about its business through the rest of the year as the pandemic continues playing out.

The nutritional supplement provider missed analyst estimates for revenue but raised its full-year guidance and reported an almost 8 percent increase in active customers globally. Some of the quarter’s success was spurred, in part, by several promotions that helped generate momentum with customers, CEO Kevin Guest told analysts during an earnings call. And moving forward, USANA is planning “on an increased cadence of promotions and incentives to support this momentum, particularly in the third quarter,” Guest said.

“While we recognize that we cannot anticipate all of the challenges that might arise as a result of the ongoing COVID-19 pandemic, we believe we’ve positioned ourselves well to continue adapting to an evolving operating environment,” he said.

USANA raised its full-year guidance to reflect a solid second quarter and optimism for rest of the year to a range of $1.05 billion to $1.10 billion up from $1 billion to $1.08 billion.

Top selling products continue to be those that are designed to provide immunity support. Guest said that the lineup of products is still moving at a “higher level than historical levels,” though not at the same clip as when the pandemic initially gripped most of the world during the spring.

Guest also shared an interesting tidbit during the call about his outlook on USANAs future conventions and events, following the company’s first-ever series of virtual conventions held respectively over the last couple of months in Asia, Europe and Utah. His basic message: expect hybrid events in a post-pandemic world.

‘I think my vision is that we will move into some sort of hybrid when we actually can meet in person, because I think there is power in meeting in person, but how can we leverage what we’re learning through technology to help those who can’t afford to travel around the world to come to an event. And so we will leverage that experience and opportunity to how we do our events. And I think it will be a hybrid. We will, I think, continue to utilize technology in a greater form from an events perspective, but I do expect us to return to our in-person convention as well. They might be a little more limited. We typically do national kick-off events in all of our markets and we might go more virtual there and rely more heavily on technology from that perspective, where we do spend a lot of money and then focus more of the in-person on the global events.”

Guest told analysts that the company’s supply chain is currently humming along after having to deal with inventory shortages earlier this year for some of its best-selling products.

“We’ve gotten that under control,” he said. “And in general from a supply chain, we’ve been able to manage that extremely well with everything that’s going on.” 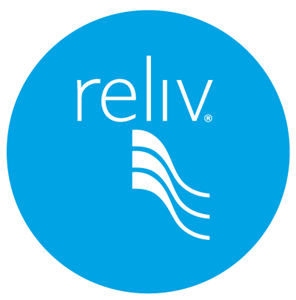 The coronavirus hurt Reliv’s second-quarter performance as executives pointed at the pandemic for being the primary reason that sales in all of the company’s foreign markets decreased during the period.

Continuing a long trend, Reliv’s overall sales for the quarter also dipped and the company reported a net loss overall.

“COVID-19 guidelines were generally more restrictive than those in the United States,”  CEO Ryan Montgomery said in a statement. “After a difficult April in our foreign markets, we saw steady improvements each month as the restrictions eased. We are hopeful for a full recovery of our foreign operations overall in the coming months.”

One big upside: Net sales in the United States not only rose during the quarter but are up 7 percent year-over-year through the first six months of 2020. The U.S. market represents about 75 percent of the company’s sales. But Reliv posted big double-digit losses in its next two largest markets, Asia and Europe. Overall, sales in all of the company’s foreign markets, which also includes Canada, Mexico and Australia, were down 18 percent year over year.

Montgomery said the increase in U.S. sales shows Reliv’s resiliency “as our company and distributors continue to adapt our business model and use of technology to the ‘new normal’ of life during these challenging times.”

In a statement about the company’s earnings, Montgomery also highlighted the company’s plans to host a global online conference during the summer in place of its traditional U.S.-based distributor convention. Montgomery said it would be Reliv’s first-ever foray into hosting a virtual conference, one with potential to reach “a much larger audience, not only in the United States, but all over the Reliv world.”

Mannatech does not hold earnings calls with analysts and does not provide statements from company executives in press releases announcing quarterly earnings.

Here’s what we know based on press releases and SEC filings:

Additionally, as the coronavirus continued spreading during the spring and through the summer, Manatech’s recruiting efforts have also taken a hit. The company says recruitment of new distributors and preferred customers is down 5 percent during the second quarter to a network of 19,047.

Mannatech appears to be one of the few direct selling companies to get approved for a Paycheck Protection Program loan. In a filing with the SEC, the company says it received $2.2 million in emergency coronavirus loans intended to help small businesses on April 10. That money, according to the filing, was going to be used for payroll, rent and utilities. But after the company received the money, along with subsequent guidance from the Small Business Administration, Mannatech opted to “to repay the Loan in full” on April 30. The company did not provide an explanation in the filing.

Like many other direct sellers, Mannatech’s supply chain has been affected during the ongoing pandemic to include shortages of raw materials and ingredients for products. There are also challenges getting finished products to distribution centers because of a reduction in global transportation capacity. During the second quarter, according to the SEC filing, Mannatech says it was forced to shut down a distribution center for a full week to sanitize after an employee tested positive for the coronavirus. That closure, the company said, delayed deliveries to customers in one region, but the distribution center reopened before the end of the quarter with an “immaterial impact to current quarter revenues.”

“While the conditions described above are expected to be temporary, prolonged workforce disruptions, continued disruption in our supply chain and potential decreases in consumer demands may negatively impact sales in fiscal year 2020 and the Company’s overall liquidity.”

How do you use social media platforms in your business?

US Companies Dodge a Bullet in Trump’s WeChat...