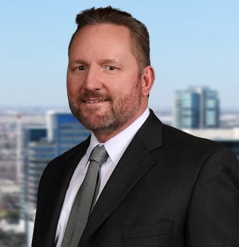 It has also been my experience that companies often do not review the online terms and conditions to see if there are any redundant or conflicting provisions impacted by changes to the Policies and Procedures document.

From a legal perspective, the top two priorities for any direct selling company are to (1) avoid FTC scrutiny, and (2) avoid a costly class action lawsuit.

These priorities are probably better stated as Priorities 1A and 1B. Either can cripple a company, and at the very least incur millions of dollars in legal fees in addition to millions more in a potential restitution order or adverse lawsuit judgment. Companies must do everything in their power to avoid either  of these catastrophic occurrences.

Class actions are particularly troublesome for companies because of the nature of the multi-level business model. Large multi-level companies have hundreds of thousands of independent sales representatives, if not more. If there is a problem in the company’s compensation structure, then chances are the problem affects not just one sales representative but potentially thousands or hundreds of thousands of others. This makes direct selling companies an attractive target for class action-plaintiff attorneys. Indeed, over the past five to seven years there has been a steady increase in the number of class action lawsuits filed against direct selling companies in the U.S.

Match Language Across All Material

Not exactly. A number of companies, both large and small, have found themselves unable to avoid costly class action litigation. Young Living Essential Oils is the latest company to suffer this fate. In 2019, a class action lawsuit was filed by Julie O’Shaughnessy against Young Living and its principals in a Texas federal court.

In response to the lawsuit, and predictably, Young Living moved to compel the matter to arbitration based on a provision in the Young Living Policies and Procedures requiring all disputes between Young Living and its members to be resolved by binding arbitration.

There was just one problem. The Young Living Member Agreement, which each Young Living Member electronically agrees to at the time of enrollment, contains a separate provision specifying that any disputes between the member and Young Living must be resolved in a state or federal court located in Salt Lake City.

The Texas federal court, after analyzing this issue, entered an order denying Young Living’s motion to compel arbitration, meaning that Young Living will now have to defend the class action allegations in court. The Court’s ruling is based on the fact that the company had conflicting provisions for resolving disputes with its members.

The Policies and Procedures contain the arbitration provision that was the basis for Young Living’s motion to compel arbitration. The Young Living Member Agreement, however, states that disputes between Young Living and its members are to be resolved in a Utah court.

The order entered by the Court states “…these two provisions irreconcilably conflict and these conflicting provisions indicate that there was no ‘meeting of the minds’ with respect to arbitration in this case.” The Fifth Circuit Court of Appeals subsequently affirmed the Texas court’s order denying Young Living’s motion to compel arbitration.

The obvious lesson here is to not have a provision in your independent sales representative agreement that conflicts with the arbitration provision.

But a further lesson to be learned is that companies should be careful in how they utilize a separate Policies and Procedures document. Many companies have online terms and conditions that an applicant agrees to at the time of enrollment.

It has also been my experience that companies often do not review the online terms and conditions to see if there are any redundant or conflicting provisions impacted by changes to the Policies and Procedures document. A better practice would be to eliminate redundant provisions in the independent sales representative agreement altogether. There is no reason to have a dispute resolution provision in the online terms and conditions and a separate dispute resolution provision in the Policies and Procedures.

The result in the Young Living case provides a loud and clear reason as to why. Having redundant provisions means that if you update or revise one provision but not the other, then any company may find itself in the same position—with an otherwise valid arbitration provision that it cannot enforce because it conflicts with another provision in the contract.

Young Living is just the latest example of a company unable to avoid a class action lawsuit because of a problem with language in the independent sales representative agreement.

This case is the latest reminder that companies must be very careful in drafting and making changes to online terms and conditions as well as Policies and Procedures documents. You do not want to wait until your company is embroiled in a costly class action lawsuit to find out that the arbitration provision or class action waiver provision in your company’s independent sales representative agreement is unenforceable.

Addressing Unconscious Bias at the Workplace and in the Field