Democrats regain majority on Commission after a contentious nomination process

After months of Commerce Committee gridlock and COVID-19 delays, Alvaro M. Bedoya was confirmed as Federal Trade Commissioner on May 11 by the U.S. Senate. Vice President Kamala Harris broke the 50-50 party-line vote to secure Bedoya as Rohit Chopra’s replacement to the five-person Commissioner’s table, which gave the Democrats a 3-2 majority vote. 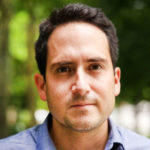 Bedoya’s area of expertise is privacy law as it relates to Big Tech. The 40-year-old Yale Law School graduate was the founding director of the Center on Privacy & Technology at Georgetown Law School, where he currently serves as a visiting professor. There, he co-authored an investigatory paper looking at the race and gender bias inherent in facial recognition technologies, which led to hearings by the House Committee on Oversight and Reform, new laws curtailing the technology, and a comprehensive audit of the Basic Input/Output System (BIOS) by the National Institute of Standards and Technology.

The Peru-born naturalized citizen also wrote an impactful paper for the New Mexico Law Review in 2020 titled, “Privacy as a Civil Right” that was subsequently included in five leading privacy casebooks.

While Bedoya’s background appears to be a perfect fit for Democrat Chairwoman Lina Khan’s priorities, including the targeting of Big Tech, Republicans strongly opposed his confirmation, painting Bedoya as a political extremist.

The day before Bedoya’s confirmation, Senate Minority Leader Mitch McConnell said, “He is an essentially foolish choice. I would urge my colleagues on both sides to stop this awful nomination so the president can reconsider and send us somebody suitable.”

Donnelly McDowell, partner at Kelley Drye & Warren LLP, says, “Bedoya got the nod as FTC Commissioner based on his privacy background, having founded Georgetown’s Center on Privacy & Technology.  While he has not taken a position on direct selling that I’m aware of, we expect him to largely align with his fellow Democratic commissioners in support of more aggressive regulation and enforcement.   Of course, Bedoya’s confirmation doesn’t change the tools the FTC has at its disposal from a statutory perspective.  It does, however, make it more likely that the Commission will push forward with new legal theories and have the votes to test those theories in court.”

Serious Business: The FTC’s Re-Deployment of the Penalty...