Canada is often viewed as a natural extension of the American direct selling ecosystem: It has a common dominant language, similar culture, convenient land border and a market of over 38 million people. 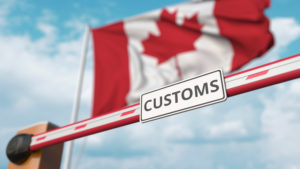 While having many similarities, there are still unique legal and regulatory features that prove to be risk areas for direct selling businesses operating in Canada. But all of this can be easily avoided with the right planning, structuring or advice, including an appropriate “Canadianization” of Plan Documents and overall business strategies.

Below, is a review of five recent Canadian developments that direct selling companies operating (or thinking about operating) in Canada should consider knowing about.

Most Canadian provinces and territories require direct selling companies operating there to be licensed, and many require different levels of licensing and registrations. Sometimes, these licenses require the direct seller to obtain a positive “Advisory Opinion” from Canada’s version of the FTC—which is called the Canadian Competition Bureau (the “Bureau”).

The Advisory Opinion is generally a good thing and confirms that the recipient direct seller’s compensation plan complies with the multi-level marketing provisions of Canada’s Competition Act, which are codified “anti-pyramid rules.” Further, many in the industry regard a positive Advisory Opinion as the gold standard of Canadian direct selling compliance, leading many U.S.-based direct selling companies to wish that the FTC would provide similar opinions.

In 2017, the Canadian Bureau began taking the position that Advisory Opinion would not be åprovided to any compensation plans that required a participant to recruit more than a single person into the plan (i.e., structural recruitment), on the basis that stipulations requiring structural recruitment were improperly “compensating for recruitment” and potentially illegal “schemes of pyramid selling” under section 55.1 of the Competition Act.

While initially confined to Advisory Opinions for new market entrants, the Bureau has now started asking existing direct selling companies (even those present in the Canadian market for decades) to update their compensation plans in order to obtain new Advisory Opinions where required for provincial licensing purposes.

Accordingly, the Bureau’s structural recruitment policy is expected to require significant changes to compensation plans and business strategies north of the border for all direct sellers, and thus poses a current risk for Canadian direct selling operations: Effectively, there are potential problems in the future wherever recruitment of multiple downline distributors is required to advance in rank/level or achieve increased compensation, bonus, or commissions.

Professional guidance and experienced professionals are usually required to come up with viable business alternatives to “recruitment-focused” compensation plans, with customer-centric and sales-volume-based changes being front and center.

Direct sellers of natural health products (NHPs) wanting to test the Canadian marketplace have been relying on Health Canada’s Personal Importation Policy (the Policy). Commonly referred to in the industry as the “not-for-resale” policy, or “NFR” for short, NFR can be properly structured and used to send NHPs into Canada on a non-commercial basis.

Unfortunately, NFR is not well understood, and often is misused or incorrectly used. This risks increased scrutiny from Health Canada and potential stoppages or seizures at the border at the time of initial import.

Perhaps the most misunderstood part of NFR is that it is aimed at and intended for non-commercial imports. The policy requires that products be imported for “personal use,” which precludes the “commercialization” of the import (e.g., Health Canada expects that the import will NOT be a result of commercial sales efforts in the Canadian marketplace, such as payment of Canadian distributors in respect of the sales or a common relationship with active Canadian subsidiaries).

A second common problem is seen in poorly structured NFR programs, which while well intentioned, do not actually conform to the requirements needed to make them administratively acceptable.

Where NFR is used improperly, the first point of contact is usually the Canada Border Services Agency (CBSA), which has the power to stop, inspect and detain goods (even those imported on a “personal” basis) at the Canadian border. CBSA will generally then refer them to Health Canada for further review, and Health Canada will attempt to determine if the importation of the unlicensed NHPs is in contravention of Canada’s Food and Drugs Act (specifically in subsection  4(1) of the Natural Health Products Regulations).

Such a conclusion usually results in a seizure and detention of the goods, problems for the direct selling company, and a number of unhappy customers—all risks that are generally fully avoidable.

The key to risk avoidance here is relying on the NFR structure appropriately, and proper structuring.

Outside of the NHP space, direct sellers have also been facing more and more commercial import audits—perhaps as a result of CBSA’s post-COVID-19 push to extract tax revenue from cross-border business.

These include CBSA verifications focused on the value of the imported goods, the proper tariff classification of the goods (especially nutritional products and starter kits), and the origin of goods being imported to Canada (including qualification for zero-duty status under the United States-Mexico-Canada Agreement (USMCA), which replaced the former NAFTA in 2020).

The risk of a CBSA audit is often exacerbated by problems in a company’s logistics department, with technical staff not fully realizing that Canada is not the 51st state—and treating shipments to Canada like “domestic” shipments (e.g., “if we can truck it, it must be domestic!”). To the contrary, Canada has its own particular customs formalities, which are over and above state-to-state shipments.

Another common risk issue appears to involve the use of couriers and freight-forwarders to move goods into Canada, with some recent cases illuminating the potential issues. For example, in Landmark Trade Services v. President of the CBSA (2020) where CBSA had a difficult time determining who the importer was (as between the Canadian customer, the freight-forwarder type of entity and the U.S. customer).

CBSA tried to make Landmark (the freight-forwarder) liable for additional duties on an incorrectly imported product but lost in court. CBSA then appears to have begun targeting U.S. vendors of those types of freight-forwarding services and assessing them directly for the same additional duties, on the basis that they were the “owners” of the goods at the time of import. These are live issues and not easily defended, if the wrong structures were implemented in the first place.

Again, proper structuring can probably avoid these types of results, but many in the industry appear to be employing problematic structures.

Oftentimes, however, these requirements have been honored more in the breach than the observance (e.g., 400 contracted distributors, but zero licensed in Manitoba). The risk level for issues in this area has been ramped up substantially in the past two years with some provincial regulators now regularly asking direct selling businesses to explain discrepancies between contracted distributors and those licensed in the province—all BEFORE agreeing to renew the company’s required provincial direct selling license.

This has led to the implementation of additional internal procedures (e.g., during sign-up or post-sign-up verification) aimed at “helping and encouraging” new distributors to become licensed in their provinces of residence as they are legally required to do.

Other direct selling businesses have reexamined their internal threshold for determining whether participants in the compensation plan are actually distributing products (requiring licensing), or merely making personal purchases (not requiring licensing) and developing Affinity Programs to deal with the latter group.

Given the diversity of plans and structures in the industry, there are no one-size-fits-all solutions, but professional advice can again assist in reducing the risks in these areas.

A recent Canadian judicial decision in the case, Fédération des caisses Desjardins du Québec v. Canada (National Revenue), 2020 FCA 182 (CanLII), shows the risks in this area for direct selling companies using only a non-negotiable standard “you are an independent contractor” clause for dealing with this issue.

The Tax Court found that an individual working for Desjardins (a bank) was an employee and not an independent contractor based, in part, on the fact the contract was not negotiated (i.e., it was a standard form contract) and that the individual had an obligation to work exclusively for the appellant, Desjardins. It unfortunately took until Desjardins appealed to the Dearl Court of Appeal to turn the case around.

Given the potentially disastrous consequences of a government entity finding that a company’s distributors are actually “employees” of the company and not independent contractors, the Canadianization of the Rep or Distributor Agreement is always a must. Issues such as control, ownership of tools, risk of loss, chance of gain, and integration all need to be expressly addressed in Canada.

Canada remains a vibrant marketplace for direct selling, but successful businesses know how to plan and avoid the usual risk areas involved in opening up in an international market. And in this area, the old adage is apt: An ounce of prevention is worth a pound of cure. 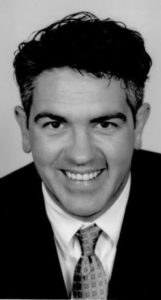