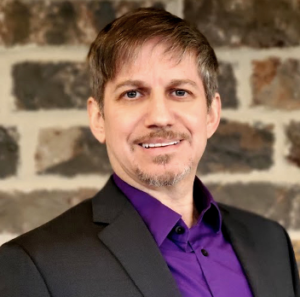 Like many of you, I was amazed and inspired by last month’s release of the first images from the James Webb Telescope. The vivid and colorful snapshots of deep space reveal countless galaxies, each one containing hundreds of billions of stars and planets.

For me, personally, viewing these images is a humbling experience—not only because of the incredible genius of the telescope’s designers and engineers, but also because these views of the incomprehensibly vast and inhospitable expanse of space are a stark reminder of the fragility of life on Earth and the environment that sustains us.

As people across the world endure yet another record-breaking heat wave, and as many regions suffer from devastating droughts, water shortages, and wildfires, we simply must redouble our efforts to, as astronomer Carl Sagan put it, “preserve and cherish the pale blue dot, the only home we’ve ever known.”

With these distressing problems around us, it is especially gratifying to read news of businesses and corporations stepping up and taking action to increase sustainability and minimize their impact on our shared environment.

Many direct sellers are leading the way in these efforts, and I would like to recognize and applaud them for their good and important work.

Nu Skin, Natura, Oriflame, and Amore Pacific recently announced their membership in the EcoBeauty Consortium, a group that develops industry-wide environmental impact assessments for cosmetic products. Using a sustainability scoring system, the impact of ingredients and raw materials as well as the life cycle of products will be studied.

Herbalife announced in June that it was entering a two-year partnership with Plastic Bank, a program that is recruiting Ocean Stewards to prevent plastics from entering the ocean. Through this collaboration, Herbalife aims to prevent over 400,000 pounds of plastic from entering the oceans by the end of 2023. This partnership comes in addition to Herbalife’s recycling initiatives in over a dozen markets around the world.

Nature’s Sunshine, staying true to its name, has announced that its U.S. manufacturing facility has converted to 100% solar power. The company revealed in its first environmental, social and governance report that it has set a goal to transition its other manufacturing facilities to 100% renewable energy by 2023.

So, three cheers to these companies as well as all of the others that are taking action to preserve and protect our planet and our environment. I know that positive progress such as this will inspire and encourage even more people and corporations to become a part of the solution in the near future.

I wish each of you a safe and rewarding month ahead as we begin to close out the sweltering summer of 2022.

Increase in Oversight Seems to be a Theme...

A Call to Action for Direct Sellers

Courage and Strength Amidst Hardship and Loss

Big Changes are Ahead for the Channel

Despite Uncertainty, Optimism is in the Air