“Case-by-case enforcement without civil penalty authority may not be enough to stem the growth of deceptive reviews and endorsements.” —Federal Trade Commission 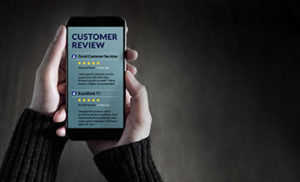 On Oct. 20, the Federal Trade Commission (FTC) released an Advanced Notice of Proposed Rulemaking (ANPR) to seek public comment on the benefits of a new rule to combat the harms from deceptive or unfair product reviews and endorsements. The ANPR represents the Commission’s first official step in evaluating the need for and the shaping of a new rule.

Continuing its push to create additional enforcement mechanisms after the Supreme Court took away the FTC’s ability to obtain equitable monetary relief under Section 13(b) of the FTC Act, Chairwoman Lina Khan sees the rulemaking process as an essential tool for combatting industry-wide violations across many types of businesses, including the direct selling channel.

While the FTC stated that it values its ability to assess civil penalties under Section 5’s Penalty Offense Authority, it recognizes that such penalties cannot be assessed to first time violators and, furthermore, are not able to return money to consumers as redress.

Thus, in addition to sending several Notices of Penalty Offense to hundreds of companies over the past few years, including Notices on fake reviews, the Democrat-led Commission has resurrected Section 18 rulemaking as the best available option for imposing civil penalties against first-time violators and returning money to harmed consumers.

The ANPR on Deceptive Reviews and Endorsements comes on the heels of two recent enforcement actions by the Commission against companies that were misleading consumers with deceptive review practices.

In January 2022, the online fashion retailer Fashion Nova was required to pay $4.2 million to settle the FTC’s allegations that it was blocking negative reviews of its products from its website. The Commission’s complaint alleged that the retailer used a third-party online product review management interface to set aside one- to three-star negative reviews for company approval, which was never done. Hundreds of thousands of negative reviews were withheld from view between late-2015 and late-2019.

In August 2022, the FTC joined six states to file a lawsuit against Roomster Corp., an online rental listing platform that allegedly paid for tens of thousands of fake reviews. Samuel Levine, Director of the FTC’s Bureau of Consumer Protection, said, “Along with our state partners, we aim to hold Roomster and its top executives accountable and return money to hardworking renters.”

Despite these decisive actions, the Commission’s statement about the ANPR on fake reviews makes clear that it believes a new rule, and the first-time offense civil penalty threat it would create, is needed to truly deter bad actors from continuing this type of deception.

“Case-by-case enforcement without civil penalty authority may not be enough to stem the growth of deceptive reviews and endorsements. The Supreme Court’s decision in the AMG Capital Management LLC v. FTC has hindered the FTC’s ability to seek monetary relief for consumers under the FTC Act. A potential rule that clearly spells out prohibited practices may strengthen deterrence by allowing the agency to impose civil penalties, while simplifying FTC enforcement,” the agency stated.

The ANPR seeks public comment about how, if at all, it should use its Section 18 authority to address specific “inarguably deceptive” or unfair practices involving reviews or other endorsements. These practices include:

Fake reviews – Reviews created by fake customers or product endorsers who did not actually use the product or service.

Review hijacking – A review that is stolen or repurposed from another product review.

Paid reviews – A review given in exchange for compensation or other incentives.

Insider reviews – A review given by the owners, officers, or managers of a company, or their family members who fail to disclose their relationship to the company.

Negative review suppression – Misleading consumers to believe that all reviews displayed represent most or all of the reviews submitted when negative reviews are being suppressed.

Buying or selling followers  – The selling, distributing, or buying of subscribers, views, followers, or other social media influencers. 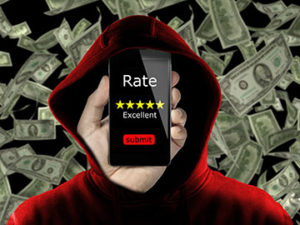 The Commissioners voted 3-1 to publish the fake review ANPR in the Federal Register. Republican Christine Wilson was the lone “no” vote. She issued a dissenting statement in which she recognized the limitations of the FTC’s remedial authority after the AMG decision as well as the continuation of deceptive review practices despite additional tools that were recently authorized by the Commission to combat them.

However, while lauding the ANPR’s narrow focus on review and endorsement practices likely to be clear violations, Commissioner Wilson expressed her frustration that the Agency has turned its attention away from the Notices of Penalty Offense for deceptive reviews and endorsements that were sent to hundreds of companies in October 2021 after the Commission had invested substantial time and money in their issuance.

“While the ANPR now downplays their likely impact, the agency invested non-trivial resources in drafting the Notice of Penalty Offenses, identifying potential recipients, and serving it on more than 700 entities. Rather than churning out another proposed rule, perhaps we should stay the course on these initiatives and devote the incremental resources to enforcement in other critical areas,” Wilson argued.

Chairwoman Khan issued a separate statement emphasizing the importance of using “all authorities in order to prohibit unfair or deceptive practices—and to help consumers who have been harmed by them.”

Khan also expressed her view that reviews are an essential component of online shopping, where the consumer is not able to see or touch the product as in brick-and-mortar stores. In addition to consumer harm, Khan also believes that fake reviews represent anti-competitive business practice.

“These practices don’t only harm the consumers who place their trust in fake reviews. They also pollute the marketplace and put honest businesses at a competitive disadvantage,” stated the Chairwoman.

The public will have 60 days to comment after the notice is published in the Federal Register and can do so at the www.regulations.gov website.

A past that haunts us