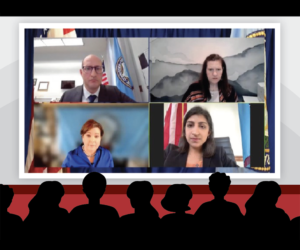 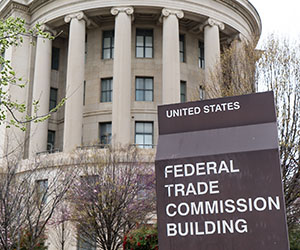 In her opening statement on the ANPR for earnings claims, FTC Chairwoman Lina Khan listed the types of businesses that would be held accountable under the proposed new rule, designating “multilevel marketing schemes that lure in aspiring entrepreneurs, false marketing from for-profit schools targeted at hopeful students, or deceptive representations from ‘gig’ platforms” as the targeted business channels.

Khan underscored her eagerness to identify additional ways to use all of the Commission’s remaining tools to secure redress for harmed consumers as well as penalties for lawbreakers. The Chairwoman remarked that the Notices of Penalty Offense that were sent to over 1,100 businesses in October 2021 were a first step in securing civil penalties against its targets; however, Khan emphasized the Commission’s need for more tools to return money to consumers while Congress considers legislation to codify this authority in Section 13(b) of the FTC Act.

While this ANPR represents a break from the Commission’s recent focus on anti-trust issues, Khan’s arguments for a new earnings claims rule included her concern that such deceptive claims could act to increase a company’s market power. It indicates that Khan’s eagerness to discard the Commission’s consumer welfare standard in competition cases may also extend to other Commission priorities, including its current focus on money-making opportunities, gig work and direct selling.

Khan tied these two subjects together by stating, “I am also concerned by how false claims can aid firms in amassing market power and locking in users, and how that market power, in turn, may also enable deceptive claims.” Khan’s published remarks referenced a 2012 Harvard Law Review article titled, “Deception As an Antitrust Violation.”

Providing background on the staff’s recommendations to issue the ANPR was Melissa Dickey from FTC’s Bureau of Consumer Protection, Division of Marketing Practices.

Dickey stated that consumers report significant losses from deceptive earnings claims, and she highlighted a 2020 FTC Data Spotlight that reported consumers losing more than $610 million between 2016 and 2020.

“While the commission may still be able to obtain redress for people where the Business Opportunity Rule, Franchise Rule or Telemarketing Sales Rule are applicable, numerous deceptive earnings schemes fall outside of the scope of these rules.”

Giving an example of such a scheme justifying the promulgation of a new earnings claim rule, Dickey reviewed the Commission’s 2018 action against AdvoCare, which resulted in a settlement and restitution to consumers. Her presentation highlighted claims violations from this case such as “seven-figure income” and “financial freedom.”

Dickey used the AdvoCare case to suggest that all multilevel-marketing companies fail to provide significant earnings to its representatives, telling the meeting attendees, “like most MLM participants, the vast majority of AdvoCare distributors earn little to no money.”

First announced on Feb. 10, the Commission gave the general public five days’ notice to register for the opportunity to comment live, or submit pre-recorded or written comments to be included in the Feb. 17 ANPR public meeting. While the majority of public comments made during this meeting were in regard to the study on PBMs, two commenters were granted time to voice their opinions during the discussion of the ANPR on earnings claims.

As reported in the May 2021 issue of SSN, both commenters—William Keep, and Douglas Brooks—were involved with the April 2021 first-of-its-kind anti-MLM conference that gathered regulators from several countries as well as lawyers, journalists, and consumer advocates to, according to the conference website, “reduce consumer harm within the multi-level marketing industry.” The great majority of conference speakers, however, made it clear they wanted to do more than that and were, in fact, eager to see all network marketing companies outlawed. Direct selling advocates were excluded from the two-day virtual event.

William Keep, a professor of marketing and former dean of business at The College of New Jersey, used his two-minute time allotment to describe four forms of “non-transparent” messaging that he believes multi-level marketing companies utilize to counteract their “high participant churn.”

3.) the unreliability of atypical earnings due to the “self-interest of upline distributors and parent MLM who profit from the required purchasing of recruited and retained distributors”; and

4.) the absence of information on typical distributor expenses resulting in inflated perceived earnings.

Introducing himself as a lawyer who has represented victims of deceptive and unfair multi-level marketing companies for 30 years, Douglas Brooks addressed the Commissioners by lamenting the direct selling channel’s exemption from the Business Opportunity Rule and suggesting that deceptive earnings claims continue to be “endemic” to the multilevel-marketing industry.

“The industry does not seem to be able to regulate itself. Deceptive and outrageous earnings claims by multi-level marketing companies and their high-level distributors go hand-in-hand with this business.”

Brooks told the meeting attendees that he believes the real problem with the MLM model is the compensation plans, suggesting that all such plans push tend to recruitment at the expense of retailing.

Brooks closed his remarks by stating, “I hope (the FTC) will model the rule after the franchise rule and the Business Opportunity Rule and require companies to give disclosures at least a week before a person signs anything or pays anything.”

Republican Commissioner Christine Wilson submitted a concurring statement in which she recognized the proliferation of deceptive earnings claims and agreed that public comment would be appropriate, but she emphasized that she remains “skeptical of unleashing a tsunami of rulemakings to address common unfair or deceptive acts or practices.”

Commissioner Wilson explained that her tacit approval to proceed with the ANPR was only given due to the Supreme Court’s ruling that ended the agency’s primary tool for returning ill-gotten gains to consumers. Moreover, Wilson’s statement emphasized her preference for a 13(b) amendment in lieu of an earnings claims rule.

“A 13(b) fix would be preferable to having the FTC pursue a cornucopia of rules,” she said. “And if a 13(b) fix is enacted during the pendency of this rulemaking, I likely would ask the Commission to terminate the process.”

Donnelly McDowell, partner at Kelly Drye & Warren LLP, cautions that the Commission appears to be considering changes to the legal standard for earnings claims.

“This isn’t just about enforcement tools. The FTC has signaled that it is interested in substantively changing the legal standard that has long governed earnings claims, including potentially by prohibiting or imposing new restrictions on atypical claims.

The FTC is asking the public to submit comments about several Commission questions that will shape the proposed rule on earnings claims, including “whether earnings claims are prevalent among all or only some industries, how a rule addressing earnings claims should be drafted, the benefits to consumers from such a rule and the costs to businesses, and whether the potential rule should address disclaimers, lifestyle claims, or liability for agents’ claims.”

This critical public comment period in the rulemaking process will take place for 60 days from the publication of the ANPR in the Federal Register.

“The FTC previewed its position that ‘[i]n the Commission’s experience, we have not seen probative evidence that disclaimers effectively cure atypical earnings claims,” Donnelly says.

“Industry should be prepared to push back on this assumption, which does not reflect the current state of the law.”

Getting Real with Somnvie Founder and CEO Jeff...