The intended use of a product may be determined by, among other things, its labeling, advertising, and the circumstances surrounding its distribution. — FDA

On June 10, the U.S. Food and Drug Administration (FDA) sent Young Living a warning letter to advise the direct selling company of essential oils that several product claims and descriptions found on the company’s websites as well as on the social media accounts of distributors were in violation of the Federal Food, Drug, and Cosmetic Act (FD&C Act).

Drug Classification and Intended Use

The letter, addressed to Young Living Co-Founder and CEO Mary B. Young, stated that the company’s “Essential Oil,” “Vitality,” “Ningxia,” and “Nature’s Ultra CBD” products are drugs, under section 201(g)(1)(B) of the FD&C Act because of the way they were marketed by Young Living and several of its distributors.

Specifically, as the FDA defines a drug as any product intended for use in the cure, mitigation, treatment, or prevention of disease, it considers product claims made by a company or its representatives as establishing that product’s intended use.

The FD&C Act states that, “The intended use of a product may be determined by, among other things, its labeling, advertising, and the circumstances surrounding its distribution.”

The warning letter included several examples of problematic intended use claims made by Young Living representatives on social media dating back to 2019:

“May ease symptoms from a urinary tract infection”

“Can be used to combat acne…”

“The Phenolpropanoids (sic) and phenols in essential oils…attack invading microbes and parasites.”

“Some studies suggest [t]he most common illnesses caused by an improperly functioning ECS are depression, Alzheimer[’]s,

IBS, fibromyalgia, and even migraines …CBD is a great way to support your ECS” (endocannabinoid system).

“When thinking of emotional wellness . . . [a] lot of people may think about mental health issues, such as depression or PTSD . . . [h]ow [c]an it be [i]mproved? . . . [y]ou can also try to encourage a positive and relaxing atmosphere throughout the day by using your favorite scents or oils! We highly recommend our Cinnamon CBD Oil.”

Contributing to the difficulties surrounding the marketing of products containing CBD, the FDA’s sometimes ambiguous guidance on the non-psychoactive cannabinoid has frustrated many company executives, industry observers and health advocates.

While the federal government has legalized CBD, the FDA has made clear the cannabinoid cannot be marketed as a food or dietary supplement because it is the active ingredient in an approved drug for seizure patients. However, the rules governing CBD-containing cosmetic or wellness products depend on how those items are marketed.

According to guidance on FDA.gov, “This principle also holds true for ‘essential oils.’ For example, a fragrance marketed for promoting attractiveness is a cosmetic.

“But a fragrance marketed with certain ‘aromatherapy’ claims, such as assertions that the scent will help the consumer sleep

or quit smoking, meets the definition of a drug because of its intended use.

“Similarly, a massage oil that is simply intended to lubricate the skin and impart fragrance is a cosmetic, but if the product is intended for a therapeutic use, such as relieving muscle pain, it’s a drug.” 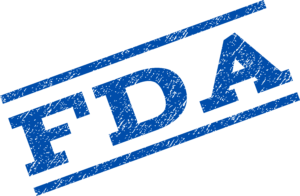 The FDA’s letter not only identifies several Young Living products as misbranded drugs, but states that, under 503(b)(1)(A)  of the FD&C Act, the products are considered to be prescription drugs and therefore lack the authorization and labeling required for such items.

“Based on the above-referenced claims, your “Essential Oil”, “Vitality”, “Ningxia”, and “Nature’s Ultra CBD” products are intended

to prevent, treat, or cure conditions that are not amenable to self-diagnosis or treatment by individuals who are not medical practitioners,” the letter states.

The letter goes on to say, regarding the company’s CBD products, that even if they were to be considered non-prescription drugs, they could still not be legally marketed without the approval of a new drug application.

The FDA has given Young Living 15 working days from receipt of the letter to notify the agency of the specific steps taken to address the violations, including an explanation of measures being taken to prevent the recurrence of these violations.

“This letter notifies you of our concerns and provides you an opportunity to address them. Failure to adequately address this matter may result in legal action including, without limitation, seizure and injunction,” the agency warns.

At the time of this publishing, the Young Living products in question remain for sale on the company’s website.

Going Global: Is Your Company Ready?