The global direct selling market is predicted to expand at a compound annual growth rate (CAGR) of 2.3% through 2026, according to recently released data from insights firm Research And Markets.

However, new business models have emerged as a result of regulatory pressures and shifting customer demands, leading many direct sellers to explore other direct-to-consumer channels to survive in the market.

Inflationary trends, ongoing pandemic effects, the war in Ukraine, and a slew of warning letters and actions doled out by the Federal Trade Commission (FTC) aimed at direct selling companies over the last few years—all are commonly noted by company executives as leading factors in their decisions to downsize or restructure.

Declining sales are forcing many direct sellers to consider redefining their businesses and trimming the fat in order to operate on leaner budgets, while others have filed for bankruptcy. 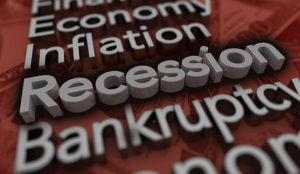 Fabio Barbosa, group CEO of Sao Paulo-based Natura &Co, launched a shake-up after joining the brand in June. He is looking to slim down the firm, whose share price has plunged 70% in the past year to an all-time low.

“Natura &Co’s second quarter results reflect the difficult environment in which we are operating, marked by high inflation that is pressuring consumer spending, supply chain disruption, and continuing macro-economic and geopolitical uncertainty,” said Barbosa in an August quote to online publication The World of Direct Selling. “But they also reflect structural issues within our group that we have clearly identified and have started to address.”

Barbosa also said he had been focusing on two priorities: firstly, redesigning Natura &Co’s organizational structure to make it lighter and leaner, and secondly, reviewing the governance model and ways of working within the group, with the holding company strongly concentrating on defining key performance indicators as well as monitoring and tracking the performance of more autonomous brands.

There’s speculation that this could include selling off big-name brands. Natura &Co’s company of brands includes Avon, Natura Cosmeticos, The Body Shop and Aesop.

According to some sources, The Body Shop, with 3,000 stores worldwide, could be put up for sale as part of an overhaul of its health and cosmetics business. Sales at The Body Shop slumped 24% in the first half of the year.

The global sales of another direct selling company, Nu Skin, dropped in the second quarter, down 20% from Q2 of 2021. The company told The World of Direct Selling that Mainland China continued to be very challenging with the lockdowns impacting business momentum negatively for several quarters. China accounts for about one-fifth of the company’s global business. For the third quarter of 2022, management expects a sales decline of between 8% and 13%. The company is forecasted to see an 11%-to-14% decrease in revenue versus 2021.

USANA reported a 21% decline in sales in the second quarter compared to the same period of 2021. The number of the company’s active customers also dropped by 14%. USANA’s CEO Kevin Guest told The World of Direct Selling that, “although many of the disruptions were outside of our control, and while we faced a tough year-over-year comparable due to the timing of a successful sales program in 2021, our second quarter results were not up to our standards. Nevertheless, we remain committed to our business strategy, which we believe will deliver sustained, long-term growth in customer counts, net sales, and EPS.”

DotDotSmile, a children’s clothing subsidiary of already troubled network marketing company LulaRoe, filed for Chapter 11 bankruptcy in September. The filing says the company owes more than $5.6 million in debts. According to a statement published in May, by DotDotSmile founders Jeff and Nicole Thompson, the company’s direct sales program would end as of June 30.

“As any business owner knows, evolution is vital in order to stay relevant. In the past couple of years, we have seen an evolution from a focus on building teams, and instead, the community is diving into wholesaling,” said the Thompsons in the statement. “This is indicated in our data as we have seen this transition take place. This has led us to honor what the DDS community is already naturally doing as they lean into wholesaling products.”

The company is working on transitioning its website platform and evaluating product pricing. Executives plan to continue providing wholesale and retail buying options.

Just one week prior to DotDotSmile’s statement, NewAge Inc. announced in an Aug. 30 press release that it and its subsidiaries, Ariix LLC, Morinda Holdings, Inc., and Morinda Inc. had each filed for bankruptcy under Chapter 11. The Utah-based, publicly traded company offers beverages, supplements, and other health and wellness products through the direct selling model. NewAge has 320 employees and distribution in more than 50 countries. Its largest brand is Tahitian Noni, a line that includes juices marketed to help reduce inflammation.

NewAge Inc. said its bankruptcy filing is due in part to the cost of an investigation into a potential violation of the Foreign Corrupt Practices Act, a U.S. anti-bribery law.

In another press release distributed Sept. 7, NewAge announced that its common stock had been suspended from trading on The Nasdaq Stock Market due to its voluntary filing for relief under Chapter 11  as well as its inability to remain compliant with the listing requirements of Nasdaq.

The company also is filing a motion to obtain court approval of an asset purchase agreement with a “stalking horse” bidder, DIP Financing LLC. NewAge intends to pursue a sale of substantially all its assets as a going concern in one or more transactions. This transaction is subject to court approval as well as any higher or better offers as part of the company’s ongoing auction process.

The official statement said: “for 47 of the last 49 years, the Tupperware business was built on the face-to-face party plan model where friends and family would get together for an hour or two of ‘catch ups’, laughs and of course to see the latest and greatest from Tupperware. As we all know, things changed when COVID arrived and the in-person party model, by necessity, stopped and international supply chains faced their own challenges. Even with the relaxation of lockdowns, there is an understandable reluctance for in-home parties.”

The company said increased costs and declining sales contributed to the difficult decision to close.

“This decision was not made lightly as we are all aware of the impact that this would have on the ‘family’ that is Tupperware, past and present, salesforce and consumers,” the statement also said.

Nu Skin ran into issues of its own. Ryan Napierski, president and CEO of the Provo, Utah-based direct seller specializing in health and beauty products, released a statement Aug. 4: “As previously announced, our second quarter results were impacted by extended COVID-related factors in Mainland China, distractions in EMEA related to the ongoing conflict, weaker global economic conditions impacting emerging markets and the record strength of the U.S. dollar.”

While no official statement was made, many employees took to social media after the announcement saying they were being laid off.  Founded in 1984, this multilevel-marketing company distributes more than 200 dietary supplements, personal care, and anti-aging products.

Napierski also said in the statement: “Given the current landscape, we are taking aggressive measures to re-align our capabilities and resources with a focus on delivering Nu Vision 2025, which will result in a restructuring event in the second half and reduced operating expenses going forward. While we anticipate macro factors will continue to weigh on the business in the short-term, we remain confident in the direction and potential of our vision.”

Nu Skin has been the center of numerous investigations in recent years, including ones by the FTC and the Chinese government, the latter of which resulted in a federal lawsuit, which Nu Skin settled for $47 million.

Utah-based Young Living also recently released a statement about impending changes in its business. It announced on Aug. 12 that the company had made a strategic decision to suspend operations for Young Living Brazil, beginning on Sept.30, with the last commissions being paid in October.

Company executives said they take pride in their ability to adapt, learn, and grow, but by lowering their operational spending now, they can secure their position in today’s uncertain economic environment.

“Keeping Young Living on the trajectory of continued growth is part of our deep commitment to empowering entrepreneurs worldwide and delivering essential oils to every home in the world,” the statement also said.

Despite the negative trends of the past year, the current shadow cast on direct selling does not appear to extend toward future growth. Estimated retail sales are predicted to move upward, and recent history seems to support that trend.

The World Federation of Direct Selling Associations (WFDSA) reported global estimated retail sales of $186.1 billion for 2021, an increase of 1.5 percent over 2020. There’s no doubt the industry is in a period of evolution. Given all the challenges experienced by virtually all direct selling companies the past couple of years, the ability to successfully evolve the channel will be the real key to success and sustainability.

How to Sell Premium Products at a Premium...