Getting Real with AdvoCare’s Allison Levy

Her thoughts on embracing change.

This month, SSN interviewed Allison Levy, executive vice president and chief legal officer for health and wellness company AdvoCare. Levy has been with AdvoCare for more than 16 years, joining the company in 2003 as staff attorney after which she was quickly promoted to general counsel. She served in that capacity until 2013 when she was promoted to her current role. 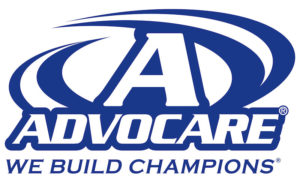 What has your long tenure taught you about the evolution of a company, and what has that evolution looked like for you personally?

Being at AdvoCare for the past 16 years has really taught me that you can develop, grow, and be exposed to new experiences, even in the same job. The job, the position, and my responsibilities in the company have evolved tremendously over that period of time. I’ve gotten to know, from a legal standpoint, my “client” extremely well. I know the history, I know what makes it tick and I know the people. It’s a great company, culture and environment to work in. What started as a great legal job has matured into more of a role of not only protecting and preserving, but also growing the business. It’s become a part of my life and so have the people I work with and the work I get to do. It’s evolved from a job into a profession that I’m very passionate about. Whether I’ve helped it evolve or it’s helped me evolve, I think it’s probably a combination of both.

After Years of Attacks, Herbalife Forges Ahead

March Quick Takes: What is the greatest compliance issue of the near future?

LOOK FOR OUR APRIL ISSUE IN YOUR MAILBOX....