The Convergence of Physical and Digital Retail is Revolutionizing Commerce

The emergence of e-commerce in the ’90s and its subsequent meteoric rise had many people believing if not predicting that physical retail (“brick and mortar”) had met its demise. The introduction of the World Wide Web in 1991, the launch of web browsers shortly thereafter and the start of a little, no-name online bookseller named Amazon in 1995, all painted a bleak picture for the future of the in-person shopping experience (now known as IRL or “In Real Life”).

Fast forward just 30 quick years, and that no-name bookseller now accounts for nearly 40% of all online sales in the United States, while the internet, with its many tributaries such as e-commerce, social media, and livestreaming to name a few, is dominating the conversation.

Ironically, “e-commerce” still accounts for less than 20% of total global retail sales—even after all the predictions of supremacy, the forecasted demise of physical retail, and the “apparent” massive and irreversible shift of commerce to the web because of the COVID-19 pandemic.

What About Direct Selling? 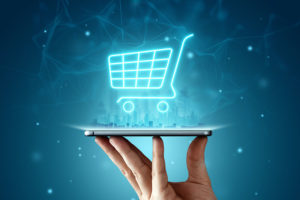 Direct selling was founded on the idea of “in-person” or IRL retail so one would have naturally expected that the channel that revolutionized retail approximately 150 years ago would have also met its demise along with “brick and mortar.” After all, the convenience and variety of the online experience would make the need for an in-person experience obsolete as consumers rejected the idea of driving to multiple places to comparison shop when they could do it in the comfort of their own homes.

Thankfully for all channels, neither has occurred, and instead we are being treated to the wonderful convergence of the physical and the digital worlds in a way that will eventually usher in a seamless journey for consumers between “in-real life” and “digital” experiences with the differences eventually becoming almost indistinguishable.

Is This Trend New?

Not really. The merging of the physical and digital worlds in e-commerce has been going on for some time even though it has not been described or popularized as such until recently. The internet has been trying to become more human for years.

In fact, it’s not unreasonable to conclude that several of the numerous advances in e-commerce technology such as product reviews, product recommendations, live chats and product videos all serve the same purpose—to humanize the online experience.

That trend has continued with the introduction and evolution of social media, artificial intelligence (weak and strong), and chat bots (especially those with natural language processing, or NLP). All that technology adds human elements and personally connected experiences to increase the emotional connection that can be absent from an online transaction. And instead of accepting their predicted demise, physical retailers, including direct sellers, have adopted much of that technology to increase their reach and extend the trust of their personal relationships beyond their immediate neighborhood and cities to their seemingly boundless global, digital worlds.

What Are Some of the Tech Trends Propelling the Convergence of Physical and Digital?

Therefore, it should be no surprise that the “phygital world,” an increasingly popular term for the convergence of the physical and digital, will combine the best of both worlds and become both incredibly convenient and highly personal. It is within this context that one can begin to appreciate and understand how technology is helping both worlds become more like each other.

Live Commerce – Leading the charge is “live commerce,” the act of selling products during a live broadcast while shoppers interact with the brand in real time usually through chat or reaction/emoji buttons. Live Commerce is less personal, but its success is undeniable. For larger audiences, it is like being at a stadium watching a concert, and it’s no surprise that many of the highly successful live broadcasts are often “fronted” by a celebrity or a popular social influencer.

Shoppable Videoconferencing – A relatively new entrant into the “livestream shopping” arena, and propelled by the growth of videoconferencing during the COVID-19 pandemic, shoppable videoconferencing is recreating the in-store experience “online.” Often referred to as “Concierge Shopping” or “Assisted Shopping,” it is the use of videoconferencing technology to meet with individuals or small groups in a more intimate, online setting and directly assist them with their shopping needs. It is the online equivalent of walking into a physical store to seek the input and advice of in-store employees.

Augmented Reality (AR) – AR is revolutionizing the ability for customers to interact, customize and engage with products without having to visit a physical location, or without waiting to see the final product. Consumers can try on glasses, put on makeup, customize new cars, and do a variety of other things using AR technology without being physically present.

Q-Commerce (Quick Commerce) – Anyone who has ever ordered something online and received it that day or the next day has experienced Q-Commerce. Quick Commerce is exactly what it says—quick. It allows online retailers to provide immediate or near-immediate gratification that until recently could only be provided by physical stores.

Smart Checkout – The traditional, in-person checkout experience has been changing for years, and contactless payments, QR Codes, radio-frequency identification (RFID), and ship-to-home are just some of the things being implemented or redeployed to make the in-store experience as easy as the digital experience. Customers may someday be able to have their purchases beat them home!

Virtual Reality and Digital Universes – Children playing online or console games are proof that the digital world is already here. They are meeting, hanging out, playing and shopping together online, interacting as if in-person—but in an even more immersive way than previous generations. Virtual Reality and Digital Universes are in their infancy but are commanding considerable attention and, understandably, investment dollars.

Will These Trends Impact Direct Sellers?

Direct selling and its vast network of distributors are already using many of these technologies to allow their distributors to be “personally” available online and offline and to extend their influence beyond their immediate connections and forge global relationships.

Direct sellers have always relied on in-person meetings and are now complementing them with online, shoppable meetings, which allow them to increase the number of in-person events per week without the overhead and commitment of planning and running an in-person meeting.

And thanks to technology, many are doing it directly from their distributor websites instead of using videoconferencing services such as Zoom or Microsoft Teams. They’re doing the same with live broadcasting, which gives direct selling companies greater control, while increasing conversion rates and average order values (AOV).

Are There Any Threats to Direct Selling from These Tech Trends?

Though difficult to predict, there seems to be a few possible risks that could be directly or indirectly attributed to the technology leading the convergence of digital and physical “retail selling.” Those risks could negatively impact direct sellers (distributors) especially if the companies they represent adopt them.

Even the “replicants” of Blade Runner needed physical connections, so it’s no surprise that “physical retail” has not met the dark future to which it was once destined. The world is living in an exciting time as the boundaries between the digital and the physical, the real and the digitized, are blurring. It has almost become easy to see the day when there will be no boundaries and when consumers will be able to traverse the two worlds with great ease in a seamless and highly personalized journey—it is easy to perceive a truly phygital existence!

However, as everyone has learned from those who predicted the demise of brick and mortar, flying cars and teleportation, technology is best forecasted on a rolling basis. Humans have an innate ability to be predictably unpredictable, so it’s probably best to see where we will take technology. What is certain is that change will remain a necessary constant, but it appears it will be arriving at increasingly faster speeds necessitating greater flexibility and adaptability from the companies that will dominate the phygital world (and the future). 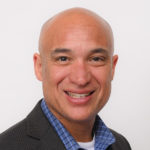 LOOK FOR OUR OCTOBER DIGITAL ISSUE IN YOUR MAILBOX. READ A DIGITAL COPY HERE.

The Challenge of Software: Buy vs. Build

How ‘Learning Design’ Can Change Your Entire Company

The Future of the Customer Journey in the...