Direct sellers invest in technology, training and new ideas with COVID-19’s endemic phase on the horizon

What worked in 2020… no longer really works.

We have to bring the digital experience to a whole other level… So the question is, how do we elevate the experience?

Responding rather than initiating has been a common strategy for operating a business during the past two years, as many direct selling companies have chosen to “wait it out” and “play it safe” in a time with no relevant precedent. While innovations were often distributor-led, and hugely successful, it’s clear that 2022 requires different growth strategies as the pandemic shifts to the endemic.

Company leaders push forward by strengthening connections with their field

My team and I need to be in regular dialogue with [field leadership]. Sometimes I ask them to put cameras on. It doesn’t matter if they’re in the car with kids, or by the pool. We want to see their faces. And we want them to see ours. 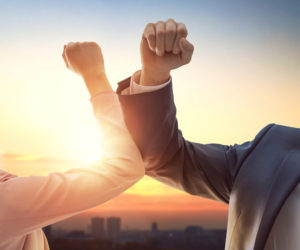 As the COVID-19 pandemic passes the two-year mark, the field’s giddiness from the channel’s record growth has given way to the emotional and mental weight of coping with ongoing disruptions from the Omicron variant’s ubiquitous surge. And with this surge comes more changes and shifts in consumer and distributor patterns.

Executive leadership teams are meeting this challenge with a renewed focus on connection and communication with their sales teams to recharge their energy and positivity. Fresh perspectives and tools also are helping to carry the messages of product and sales strategy innovation to consumers.

His thoughts on his latest partnership endeavor and preparing their new company for growth.

Bellia CEO Antonio Barrera is a born entrepreneur. His antique repair business in Mexico evolved into a major furniture exporter. Barrera then took over a prestigious French skincare brand that he still manages today. But his life changed completely when his longtime business partner, Gonzalo Artiach, introduced him to Curves founder Gary Heavin—the man that Ernst and Young named the best entrepreneur in the United States. Together, Barrera, Artiach, and Heavin successfully sold Curves franchises around the world and now will apply the power of their partnership to direct selling’s newest jewelry startup, their mutual creation, Bellia.

Given social distancing and the low win rate of pre-recorded and printed material, livestreaming is a strong avenue to pursue. It’s been used quite successfully in Asia Pacific already.

Sending an email for a flash sale is almost like ‘junk mail’ now. People aren’t as interested in what they receive in their inbox.

Livestream shopping has arrived in the direct selling channel. With this interactive platform technology, direct sellers are expanding their customer base, increasing sales and generating excitement for their field.

How openness to change propelled Pure Romance to the next level

This month, SSN interviewed Chris Cicchinelli, president and CEO of Pure Romance, where he leads business development, operations, sales, and marketing. Cicchinelli started working at Pure Romance to help his mother, company founder Patty Brisben, grow the business. It is now the world’s largest in-home/virtual party company of its kind, with revenue over $250 million today.

SSN: You have a book coming out, The Secret Is You. What was your inspiration to write it? What was the most important thing you wanted to convey?

We are coming to learn that the
in-person aspect isn’t as important as we thought it was.

COVID-19 forced many changes to commerce over the past 12 months. With the rollout of vaccines and a gradual return to normal social interactions, business practices will begin to shift back as well.

What pandemic-related changes did your company make that resulted in positive improvements you plan to implement permanently? 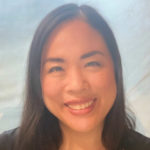 In order to improve inter-team communication among our global offices during the pandemic, we have implemented Google Meet, Google Chat, and Zoom meetings. The pandemic has stepped up our timeline to redesign many of our global websites to keep up with the demand of online shopping and internet searches, and we have made online meetups and social selling a focus that has and will continue to aid us in future growth. We believe these changes will only help us build a stronger foundation in our offices and to our IBOs and customers.

Anti-MLM groups are gaining traction on social media, threatening a reputation revitalization for the channel

Editor’s note: In this month’s Special Report, we bring a difficult topic to the attention of executives in the channel. While the “anti-MLM movement” is gaining ground, it is uncoordinated and without leadership. By analyzing the growing anti-influencer communities on social media, we hope to enlighten readers as to the different types of direct selling content and which platforms are most susceptible to targeting, so companies can take action with more informed and effective counter-strategies.