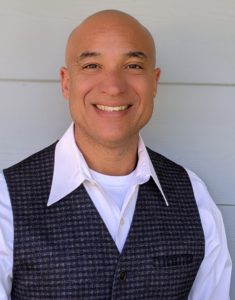 The next evolution of ecommerce is here!

Ecommerce has gone through three decades of evolution and significant growth despite original fears that a lack of human presence and social interaction would discourage online shopping. Despite the growth, ecommerce still accounts for less than 20% of global retail sales. Conversion rates of conventional ecommerce and of social media selling hover in the low to mid, single digits.

With in-person conversion rates that are five to ten times greater than online rates, the key to ecommerce success is to increase trust and warmth in online transactions. 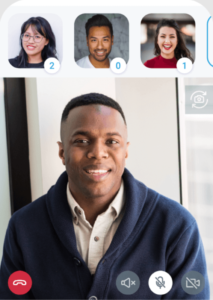 Which one is best for direct selling?

Direct Selling was founded on the idea of personalized selling. Additionally, direct sellers have expanded their markets beyond their immediate neighborhoods and cities to include other states and countries. Direct sellers have turned to online product and opportunity meetings to connect and grow their organizations and to increase their available selling time. In person events and meetings will always be part of direct selling’s DNA but having the ability to conduct shoppable videoconferences will allow direct sellers to conduct more meetings, to interact better with their growing organizations and to be better prepared to face challenges like COVID. 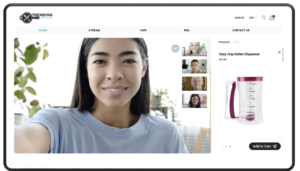 Regardless, there’s no denying that empowering direct sellers to conduct shoppable videoconferences or shoppable livestreams directly from their distributor sites is consistent with what has made direct selling such a successful distribution channel for many great brands. And by seamlessly integrating livestream shopping directly with distributor sites, direct selling companies don’t have to worry about managing and maintaining multiple ecommerce platforms. What’s more and as is customary with today’s videoconferencing and livestreaming services, participants join livestream events through their browsers. In fact, today’s shoppable videoconferencing and livestreaming services have broad appeal across all generations because the technology is the perfect combination of ecommerce and social media but incredibly easy to use with high adoption rates. 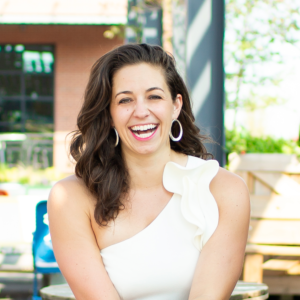 The line between online and IRL (In Real Life) selling is quickly disappearing, and the successful online retailers of tomorrow will be those that can architect a consistent, omnichannel experience that allows sellers and consumers to traverse the online and IRL selling experience with little to no friction. And because some of these platforms can be implemented in a matter of days, not months, and a select few can also leverage an organization’s existing web sites and ecommerce platforms, time to market is fast while providing high adoption and conversion rates. This is critical considering that it is estimated that the cost of unused or rarely used technology in the United States is over $30 billion per year. What’s more, companies embracing the next evolution of ecommerce are experiencing online conversion rates that are five to ten times greater than conventional ecommerce and social media selling; rates that are finally comparable to those of in person selling – embrace the “evolution!”

Written by John Lietsch and Lo Myrick, Bloo Kanoo Inc. Bloo Kanoo’s mission is to humanize ecommerce. Bloo Kanoo is the first company to enable online retailers to offer Shoppable VideoConferencing and Shoppable Video directly on their own ecommerce platforms. Click here to learn more or schedule a demo !

LOOK FOR OUR NOVEMBER ISSUE IN YOUR MAILBOX. READ A DIGITAL COPY HERE.

How to Build a Simplified Selling System

Direct Selling in the Digital Age

The Changing Game of Payment Protection

The Elements of Success

5 Things to Consider Before Taking Your Online...