Home Link Working From Home Works for Most Americans
Link

“We decided this is our opportunity as a company to look at how we work and where we work, and allow folks to focus on work-life integration.”

“I felt employees needed to be in the office to create vital personal connections with their coworkers,” the president and COO of Young Living wrote in a recent editorial for Utah’s largest newspaper.

But since the coronavirus pandemic has forced nearly all of Young Living’s 1,200 employees to work from home, Turner has had an abrupt change of heart. He says the company is not only more productive across the board, but employees are happier now that they can spend more time with their families.

“I’m a working-from-home convert, and I’ll be pushing to keep more employees at home moving forward,” Turner wrote in the newspaper, adding that he’s “not willing to go back” to seeing his family less often after experiencing remote work.

A couple of days after Turner’s editorial was published, the company announced it would be allowing its global workforce to continue working from home through at least the end of the year. 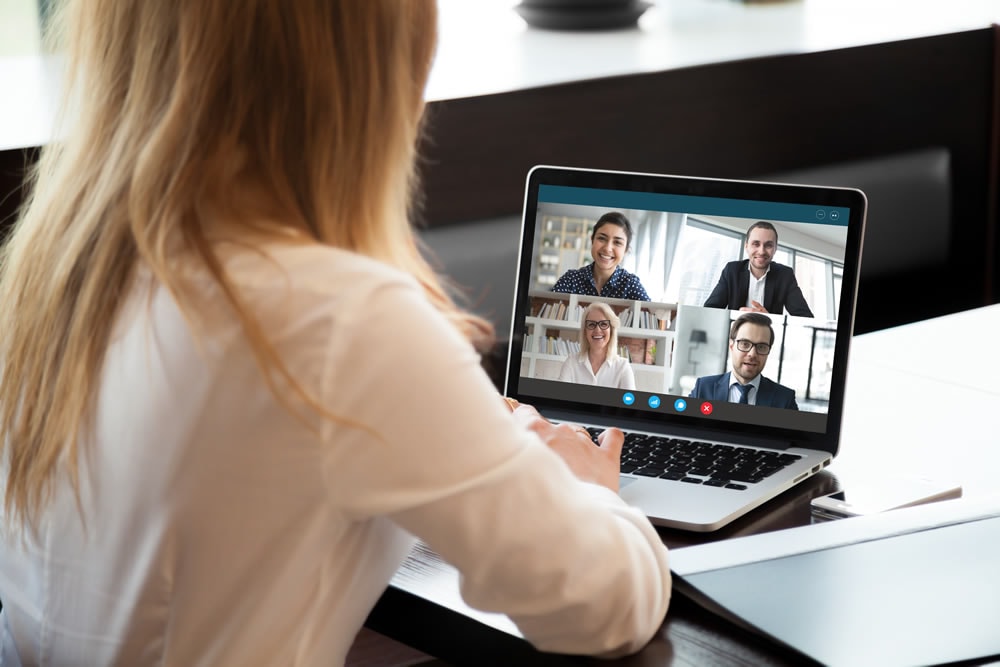 COVID-19 has triggered a new age of remote working—and direct sellers are steadily adjusting to the new norm. Corporations once loathed to expand or offer work-from-home policies are realizing that the giant experiment of remote work across an entire enterprise will likely last longer than many thought.

“We’re not naive to the changing dynamics of the workforce,” says Audrey Bates, who oversees Young Living’s global workforce as its vice president of people. “We decided this is our opportunity as a company to look at how we work and where we work, and allow folks to focus on work-life integration.”

Meanwhile, many companies outside the direct selling channel—including corporate giants such as Facebook, Google, Twitter and Morgan Stanley—plan to continue allowing employees to telework even after the pandemic is over.

The actions on the part of companies come as the mass stigma surrounding work from home seems to be dissipating. Though many had previously thought employees are less productive during the workday if not present in the office, public opinion has shifted in recent months.

Some recent polls tell the story:

About half of all U.S. employees worked from home during the COVID-19 lockdowns, according to the Brookings Institution.

A survey of senior finance leaders by research firm Gartner found that 74 percent of organizations plan to shift some employees to remote work permanently.

Consulting company Global Workplace Analytics estimates that when the pandemic is over, 30 percent of the entire workforce will work from home at least a couple times a week. Before the pandemic, that number was in the low single digits.

Only about a quarter of workers polled by Gallup over the summer said they would return to their office or workplace once businesses and schools reopened. Half of workers in the same Gallup poll say they want to continue working at home because they prefer it, whether or not they also have concerns about the coronavirus.

“While some of these workers may reluctantly head back to their workplace,” Gallup wrote in a release announcing its poll data, “others may decide to look for new jobs that allow them to maintain the remote work lifestyle they’ve grown accustomed to.”

At Neora, employees were already given the option to do some telework before the COVID-19 pandemic forced the entire company to shift to work from home. Amber Rourke, chief marketing officer, says the company had put in place a “more flexible work environment” that didn’t require workers in the office every day.

But since the coronavirus outbreak, Neora has “integrated more remote work into the mix than ever before,” she says. “We already had the core infrastructure in place to have our employees effectively work from home. We just had to scale that up when it turned to everybody.”

Currently, some employees—maybe 10 to 15—have returned to the company’s headquarters on any given day. Rourke says the company recently started letting a very limited number of workers rotate in on certain days at their discretion.

“There are some employees that miss the human interaction and for some reason can do their work better at the office,” she says. “But we don’t want everybody there at once. Our highest priority is for employees to feel safe.”

During the course of the past several months, Rourke says the company hasn’t missed a beat with its employees working from home, even launching a new line of hair-care products in May. She says Neora’s sales and overall business have grown during the pandemic.

And while most of the company’s training was already hosted virtually, there have been some new efficiencies realized in that area as well.

“All the markets are watching the same training now,” she says. “We’re reaching more people, and now with it virtually there’s no geographic limitations.”

Neora also realized another efficiency during the stay-at-home orders this spring: Onboarding with a virtual party is a much faster and efficient way to get a new distributor’s feet wet.

Rourke says that in the past new distributors had to spend too much time planning for their first party, checking off to-do lists that range from prepping the house and food shopping to cooking and possibly finding someone to watch the kids. Now, they just log on and host a video conference.

For Young Living, the transition to get its workforce situated remotely took about one week, says Bates, the company’s VP of people. One of the biggest logistic hurdles, she says, was for the IT department to source and then image hundreds of new laptops needed to facilitate the shift to telework. Aside from some positions, such as the research and development department, warehouse workers, and farm staff, most employees were able to make the move to remote work smoothly.

“Some departments were a little more resistant,” Bates says. “But what we came to find was that more positions were suitable to work from home than not.”

And the overall business has benefited from the move so far.

Young Living says productivity on its IT teams and sales teams is up 25 percent and 13 percent, respectively. Those increases in productivity have led the company to the “realization that this way of work really works for us,” says Bates.

While things are going smoothly now, she says, “at first there were people who were a little uncomfortable,” with the work arrangement. But eventually “people got into it.”

When the company surveyed its workers in June about their perceptions on telework, only 4 percent said they would want to return to working in the office exclusively. “That’s crazy,” Bates says.

At the same time, a majority of Young Living workers—59 percent—had indicated they’d prefer a blended work schedule once the pandemic is over, with the option to come in at will, maybe a couple of days a week, and work from home the rest of the time.

To figure out exactly where telework fits into the company’s long-term plans, Young Living has formed a leadership committee to figure out if it’s sustainable post-pandemic.

“We’re going to take time through the end of the year to define what’s best for our workforce,” says Bates. “We’re going to do this right and do it with data and feedback so it fits Young Living’s culture and what people are asking for.”

She adds: “We know we’ll make mistakes along the way with remote work. But we’re not allowing the fear of failure to drive complacency. We want to spearhead this.”

For it’s part, Neora is also non-committal at the moment about long-term plans for all of its employees to telework. Rourke says, “we’re still trying to figure out where we’ll land in terms of the mix,” when it comes to telework and attending in person.

“We’re going to work towards finding what that blend looks like for us,” she says.

This much is clear, according to Rourke: If a company has the right accountability and culture in place, remote work can be done effectively. But you still can’t rule out the importance of in-person collaboration once it’s safe for people to be in proximity again.

“Our company has really learned a lot from this, in terms of what is possible when everyone is working remotely,” she says, noting that a hybrid work schedule could be something the company lands on. “But there’s a place and an importance in terms of coming together. It creates relationships and more effective brainstorming.”

Getting Real with Somnvie Founder and CEO Jeff...