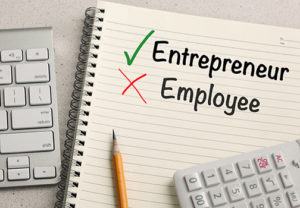 President Biden’s Department of Labor (DOL) is continuing its push to implement a new independent contractor standard under the Fair Labor Standards Act (FLSA). Seeking to revise its guidance on establishing classification rules for independent contractors versus employees, the DOL closed the public comment docket for the Notice of Proposed Rulemaking (NPRM) titled “Employee or Independent Contractor Classification Under the Fair Labor Standards Act” on Dec. 13. This puts the DOL on schedule to finalize the rule in the second half of 2023.

Among the groups filing comments were the National Retail Federation, the National Association of Realtors and the Direct Selling Association. Congressional Republicans from both houses of Congress also submitted a joint comment. More than 55,000 comments have been submitted since the NPRM was announced in October 2022.

With the DOL’s most recent NPRM, the Department is seeking to reset the framework of classification in a way that it believes adheres to “longstanding judicial precedent on which employers have relied to classify workers as employees or independent contractors under the FLSA,” according to DOL.gov.

This proposal is the latest move in a litigious two-year period initiated by the previous administration. Within days of leaving office in January 2021, the Trump administration’s DOL announced a final rule, known as the 2021 Independent Contractor (IC) Rule, to define whether workers are employees or independent contractors. This rule was set to go into effect on March 8, 2021.

Shortly after his inauguration, the Biden administration’s DOL promptly moved on Feb. 5 to push out the 2021 IC Rule’s effective date until May 7, 2021, which was granted on March 4 as a Delay Rule.

On March 12, 2021, the DOL published a NPRM to withdraw the previous administration’s 2021 IC Rule. After fielding public comments, the Department published on May 6, 2021, a final Withdrawal Rule that was effective upon its publication.

However, in March 2022, a district court in the Eastern District of Texas vacated both the DOL’s Delay Rule and the Withdrawal Rule, ruling in a 41-page opinion that the Department had twice violated the Administrative Procedures Act (APA).

The court’s ruling reinstated the 2021 IC Rule, stating that the Rule became effective on March 8, 2021, and remains in effect. The Direct Selling Association (DSA) was the Vice Chair of the primary plaintiff in the case, the Coalition for Workforce Innovation.

Previously left to interpretation by state laws and legal decisions, the 2021 IC Rule defines independent contractors for the first time under the FLSA using an “Economic Realities Test.”  This test, and the manner in which it is applied, lies at the heart of the current administration’s second attempt to return to a classification model that widens the scope of the Economic Realities Test—effectively making it easier for a worker to be classified as an employee and more difficult to be classified as an independent contractor.

The Economic Realities Test seeks to distinguish a worker who is dependent on the hiring party to earn a living (employee) versus the independent contractor, who is capable of self-reliance. The Test uses six factors to make this distinction:

The 2021 IC Rule prioritizes two factors (the effect of managerial skill on profit or loss and the degree of the employer’s control) as “core factors” to be given more weight when considering worker classification.

In implementing the new NPRM, the current administration’s DOL seeks to consider each factor of the Economic Realities Test equally, providing a more wholistic view using the totality-of-the-circumstances analysis in making classification decisions. The current DOL has expressed its view that giving weight to core factors will skew and predetermine the test in favor of classifying workers as independent contractors.

The DSA Urges Recognition of Direct Sellers as Statutory Non-Employees 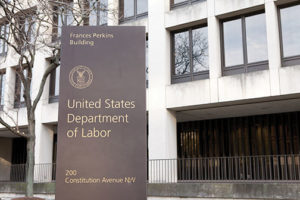 The DSA submitted its public comment on the NPRM to the DOL on Dec. 13, 2022. The 13-page letter, signed by DSA President Joseph Mariano, argues that the current NPRM would increase uncertainty and litigation for many businesses, including direct sellers—the opposite result that the DOL claims it is aiming to achieve by rescinding the 2021 IC Rule.

“A totality of the circumstances analysis combined with additional factors proposed in the rule would create more confusion than clarity and create an unstable and controversial regulatory   environment for years to come. The proposed rule does not adequately recognize modern businesses and obligations put in place by other government agencies,” the DSA letter states.

The DSA recommends in its comment that the DOL incorporate US Code 26 USC § 3508 into the final rule. This code specifically recognizes direct sellers and real estate agents as statutory non-employees.

“Specifically, incorporating 26 USC § 3508 into the final rule would provide much needed clarity where the rule might otherwise cause confusion. By defining direct sellers as statutory non-employees under the IRS Code in 1982, Congress recognized the need for this specific recognition. If the Department seeks to increase clarity, the agency should use this rule as an opportunity to do so. The legislative intent and interpretations of this statute have applied to a variety of direct sellers over the years. It would also be consistent with current bi-partisan support in Congress and recognition in state statutes,” Mariano explains in the letter.

The DSA reinforced its eagerness to see 26 USC § 3508 incorporated into the final rule by submitting a separate joint comment with the National Association of Realtors, with both organizations strongly supporting a move to confirm their independent contractors as statutory non-employees.

The DSA’s comment letter provides an analysis of each of the six factors of the Economic Realities Test using case law as it applies to direct sellers to argue that the NPRM will create standards that are “confusing, ambiguous and inconsistent with modern business practices.”

The U.S. Chamber of Commerce also submitted public comments to the DOL objecting to its proposed rule. Signed by Marc Freedman, vice president, employment policy, the 33-page public comment letter stressed the importance of independent contractors to the overall productivity and competitiveness of the economy, and especially the benefits they provide for small businesses.

The Chamber’s extensive comments cite case law to highlight two main objections to the new proposed rule: First, it states that the rule would hinder worker freedom and that it ignores economic benefits. Secondly, the Chamber argues that the proposed rescission of the 2021 IC Rule is arbitrary and capricious, and it accuses the DOL of failing to provide “good reasons” for rescinding the 2021 IC Rule.

Senator John Thune (R-S.D.) led a bicameral group of 46 Republican colleagues in a letter to the U.S. Secretary of Labor Martin Walsh, which was submitted as public comment for the NPRM. Joined by 25 Senate colleagues including direct selling ally Mike Lee (R-Utah), Mitt Romney (R-Utah) and James Inhofe (R-Oklahoma), along with 21 GOP Congressional representatives, Senator Thune expressed the group’s opposition to the proposed rule.

“The proposed rule,” Sen. Thune and the lawmakers wrote, “will jeopardize millions of individuals’ independent contractor status under the FLSA. Instead, DOL should maintain the 2021 rule, which was designed for the modern economy and brought clarity to workers and businesses.”

The lawmakers list ride-share and delivery drivers, financial advisors, truckers and direct sellers as being at risk of livelihood disruption should the new rule be finalized.

Numbers Are Down as Continued Economic Uncertainty Hinders...