You can try to get around having a good app by having a mobile responsive website, but it just comes down to the fact that while not all new technology is good, all good technology isn’t old.

Apps can now support this livestream shopping for customers, with individualized links for each Distributor to be credited for purchases.

In a relationship business, is it really necessary to have an app—is that what distributors expect?

According to a Mary Meeker report, Americans are spending 5.6 hours a day on the internet, and 3.6 hours of that is on their mobile devices. With eMarketer asserting that 88 percent of mobile device time is spent within apps rather than within a browser, it makes sense for direct sales companies to invest in app technology.

To develop a successful app, executives need to ask themselves three questions, according to Damian Mobley, MONAT’s executive director of technology. “First, will the app serve a purpose that isn’t already being satisfactorily met; that is, are you replacing something inferior? Next, do the people want the functions you’re planning to offer? And finally, can you roll it out effectively?”

These questions are important because, for direct selling companies, developing an app in-house or customizing a third-party app ranges from $500,000 to $5 million or more. While the cost sounds prohibitive, Amazon and other sellers competing for sales have made purchasing
simple and easy.

“You can try to get around having a good app by having a mobile responsive website, but it just comes down to the fact that while not all new technology is good, all good technology isn’t old,” says Mobley. Investing in a well-developed app is good business as well as good technology. “Doing it well is important because apps are more ‘throw-away,’ as dissatisfied users can go to the app store, give it a one star review and then uninstall it.”

The time-investment will depend on several factors: the amount of research done prior to the
app, the functions of the app, and whether it’s developed in-house or out-sourced.

“To do this in-house requires a lead developer with a team of 10 up to 20 or 30, depending on complexity. And while you may push it to 18 or 20 months, a more realistic time frame is right at two years,” says Mobley. He notes that a lead app developer’s salary is approximately $140,000 per year; and with the estimated two years anticipated, this starts the budget at $280,000 before adding the salaries of more than a dozen developers.

Does Your App Serve a New Purpose?

When they first appeared on the scene, the purpose of apps was often to be a simple repository of content that distributors could share on social media or by text. Today’s technology allows for apps to serve both the distributor and the customer in unique ways.

The newest customer-favorite trend in social selling is livestream shopping events. Companies “go live” by broadcasting videos with product demonstrations and limited-time offers for customers to view and purchase in real time.

“Apps can now support this livestream shopping for customers, with individualized links for each Distributor to be credited for purchases,” says McKinley Oswald, Verb Technology’s president of global sales.

Apps with livestream selling are win/win/win. Customers like the immediate gratification. Distributors like the excitement of the event and ease of simply offering a link, while companies love driving sales and seeing results in real time.

Jason Sigala, The Avon Company’s director of events, notes that “About 80 percent of our (livestream) attendees viewed the program on their mobile phones rather than other devices.” This figure supports eMarketers estimation of mobile device usage over laptop or
desktop utilization. 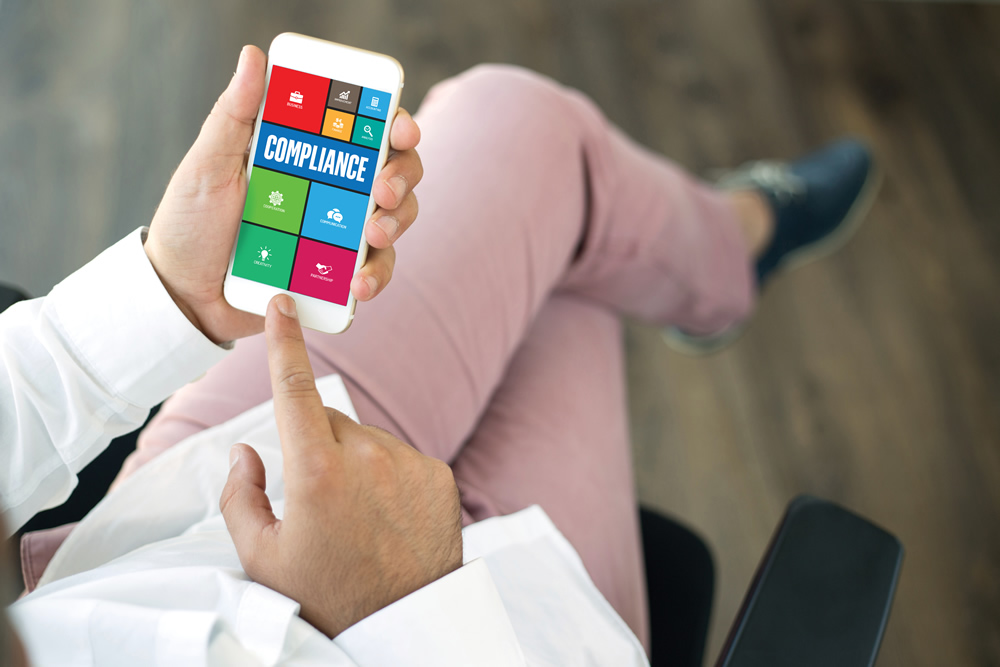 Are the Functions What People Need and Want?

Apps are demonstrating they can help deliver onboarding, training and behavior drivers in a way that impacts retention. While backoffice training repositories have been a crucial standard in the industry, there hasn’t been an effective, automated way to effectively push onboarding and training out to distributors.

In a recent case study, Verb found that one client’s distributor retention at the 12-month mark doubled when a new distributor engaged with the app in month one.

“In this study, when a new Distributor would complete the activities that involve education, training and behavioral-driven aspects, that Distributor was twice as likely to still be in the business after a year,” Oswald says.

By using AI to customize Learning Management Systems (LMS) to each individual distributor, companies can offer distributors an optimized experience that results in both higher performance and stronger retention.

While apps can be popular with both customers and distributors, unlike a website, it’s not practical for a single app to deliver all required or desired functions. With too many functionalities, they can become complicated and less user-friendly. Maria Osipova, vice president of marketing for Penny AI, says, “(The app) has to be simple. It has to be intuitive.”

Mark Hughes, her counterpart serving as vice president of sales, says, “Of primary importance is (the app) giving focus to the field to do what they’re meant to do: go have conversations, be in the moment, keep it social. The app can provide the information they need to do that part of the job.”

“It’s also important,” says MONAT’s Mobley, “to provide the audience with what they want. Do you know what they want or are you just guessing? Does an executive have ‘Shiny Object Syndrome?’ You have to think about whether you’re replacing something that already works fine, or if you’re providing something new or simpler that Distributors are asking for.”

Can You Make Compliance Simple?

With the Federal Trade Commission’s pursuit of violations for product and income claims, it’s important to make compliance simple for the field.

Apps can do this in two ways: offer training on compliance and/or house a repository of approved messaging and images that Distributors can use “as is,” or personalize.

Jonathan Gilliam, CEO of Momentum Factor, points out an important function to consider when choosing apps for the field. “It is also important for mobile tools to proactively review custom field messaging for non-compliant keywords and phrases as distributors will want to personalize their postings.”

While the compliance training is self-explanatory, having a resource of customizable images can be facilitated through functions within a company’s own app, or by partnering with companies such as Photofy, a content creation/image editing app. This option is appealing, says MONAT’s Mobley. “Never build something when there’s already something that works.”

He points to the primary key of gaining compliance through the pre-approved messages and images, “It has to be easy enough and thoughtful enough that distributors will think to use it first instead of making their own. That means a wide variety of options that are all easy to find.”

Mobley adds that, as an alternative,  images and messages can also be utilized through a mobile-optimized, responsive website, as long as it’s easy to use.

Can You Roll Out the App Effectively?

One of Mobley’s top three requirements of a successful, solid launch is also Osipova’s recommendation. She notes, “There have to be processes around the implementation. You can’t just integrate it into the back office and let them discover it.”

Osipova says, “It’s important to remember that app adoption is not a single event; it’s a process. You will have early adopters and quick wins, but it’s critically important to think about the new consultants, too. Because even if you’ve done the best launch ever, and 100 percent of your existing field adopted it, three months later it’s 80 percent, and a year later it’s less than that.”

Both Mobley and Hughes suggest that a good place to start the adoption process is beta use by tech-savvy, influential field leaders who are patient, optimistic, willing to dig into the testing phase as part of their job rather than those downloading the app and ignoring it until the day of review meetings.

“When you run the beta test with the power sellers, if it’s something that’s truly built for the sellers, something intuitive, they start sharing it internally,” Osipova says. “It’s not a launch with a few emails, it’s a dynamic where they start sharing success; they jump into the Facebook group to share it, and adoption grows and grows.”

With app launch and usage now common to the channel, there are several things companies can do to accelerate adoption and increase usage. “We recommend 12 best practices for launching apps,” says Oswald.

Among those practices is an internal stakeholder on the direct seller’s corporate sales team.

“Their focus helps ensure that it gets the best adoption—that it’s implemented in onboarding, used when new products and tools are released, and that content is kept relevant and fresh,” he says. “Of course, there is a tech person who also owns functionality, but the dedicated sales stakeholder is crucial for the field.”

Another best practice is to have the sales team create a plan for focusing on the app. “For example, if the sales team is running a promotion, how are they incorporating that through the app?” Oswald says. “Are they using push notifications to notify the field? Are they talking about it when they’re on the road doing meetings? The sales team helps make sure the app is adopted and used.”

Other best practices he recommends are, from the moment of launch, using the app to drive sales and recruiting promotions, and also launching it in all the company’s international markets.

App launches are often timed to coincide with events; realistic timing includes not only the 20-24 month development time Mobley mentioned, but also the approval process from Apple and Android app stores.

App access is ongoing, and there are monthly fees associated with usage. Companies can choose to cover these costs, wrap them into an annual fee, or a combination of both. Oswald says, “Some companies will roll part of the cost into the annual fee, and offer a series of pro features like the live selling for maybe $4.95 a month.”

After the initial launch, periodic reviews of the app and how often specific functions are being utilized can help the company understand the field’s preferences, training deficits, and app’s strengths and weaknesses. Reviews commonly include stakeholders and participants from the sales team and the developers as well as relevant executive team members.

If the reviews substantiate, or distributors request upgrades to the app, these upgrades will also require approval from the app stores before these can be launched. 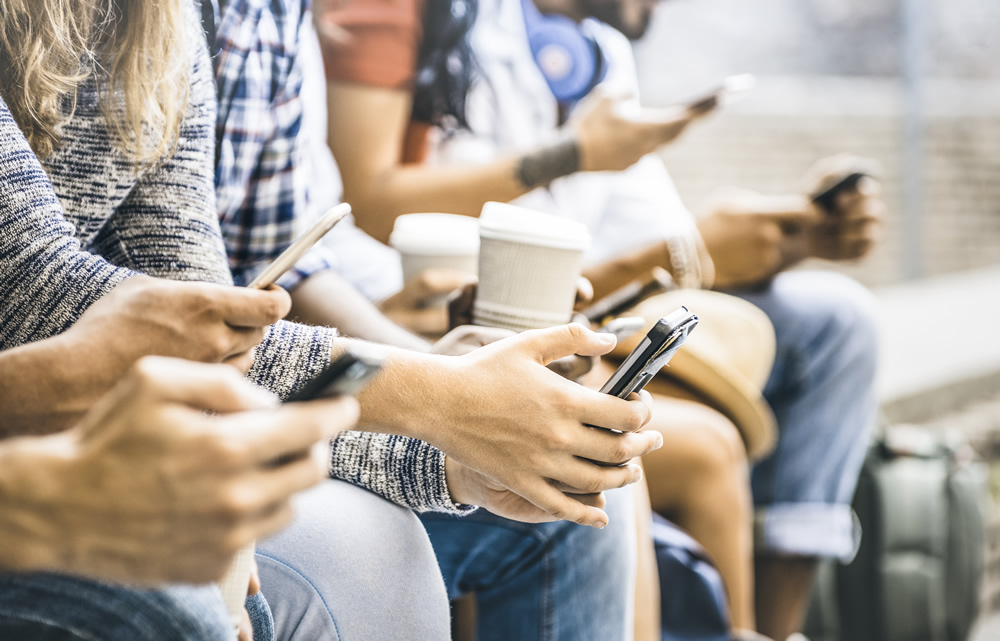 While millennials can remember dial-up internet, they likely had their first (analog) cell phones in high school; Gen Z, however, is native to the digital age. When targeting either group as potential distributors, an intuitive, genuinely useful and engaging app is a strong asset.

According to Mindsea, social networking apps are used by 69 percent of millennials, with messaging apps a close second at 55 percent. But the kiss of death for their apps? High data usage.

But how often do they actually open their apps? The Manifest, an online business guide, reports that 21 percent open apps more than 50 times a day. Only half as many Gen Xers open apps that often.

Comscore reports that Gen Z spends 71 percent of their digital media time on apps. They spent an average of 3.8 hours per month per (non-gaming) app. These digital natives use non-gaming apps daily. For their top 25 apps, Gen Z had 150 sessions per app, per user, per month.

While Gen X  is currently the largest participating demographic among direct selling distributors, a Nielson study reports Gen Z is known for its entrepreneurial attitude, and App

Annie Data notes that Gen Z will soon surpass millennials as the largest generation in the United States.

Getting Real with Terrence Moorehead, CEO of Nature’s...