The DOL’s effort to rescind the final rule runs counter to the realities of the modern economy.

We will continue working with the Administration and Congress to ensure direct sellers are clearly classified as independent contractors under all federal laws.

An array of business groups are suing the U.S Department of Labor over its decision to rescind a rule that would set parameters for when companies—including direct sellers—could classify workers as independent contractors.

At issue: a Donald Trump administration regulation published in late January, about two weeks before the White House was set to switch hands, making it easier for businesses to classify workers as independent contractors. The rule marked a major victory for the direct selling channel, along with gig economy companies specializing in ride-sharing and food delivery.

Set to take effect on March 8, President Joe Biden’s newly appointed Labor Department leadership first delayed the rule’s effective date and then announced in late March that it was rescinding the regulation altogether. The Biden administration cited concerns about the Trump-era rulemaking on independent contractors being inconsistent with the purpose of the Fair Labor Standards Act (FLSA) and with U.S. Supreme Court precedent.

Now, the Coalition for Workforce Innovation, a group that represents a diverse set of industries and corporations relying on contract employees, is suing to have the business-friendly independent contractor rule restored.

The group says the Biden Administration violated a federal law ensuring a transparent and public process for making rules and requiring that agencies provide reasoned explanations for policy decisions.

The DSA and Amway are also on the coalition’s executive committee, which is the main decision-making body for the group.

Collectively, the groups claim that the Labor Department’s decisions to delay and then scrap the independent contractor rule are “arbitrary and capricious,” and they have asked a federal judge to declare the Biden-administration’s actions as invalid and restore the rule by asserting that it took effect on March 8. 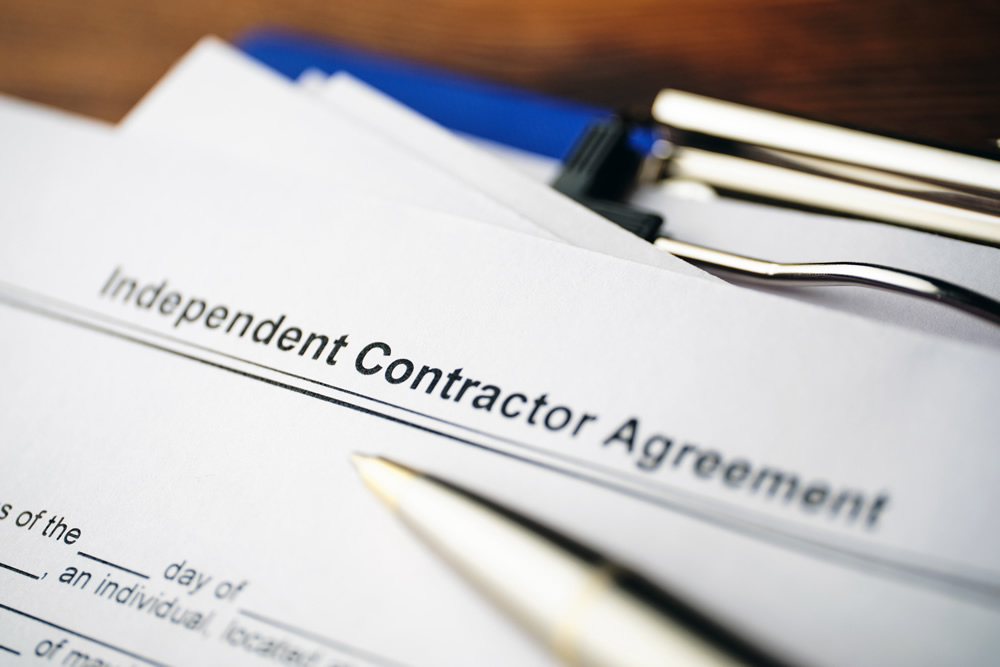 “Employers across a wide range of industries are building innovative workforces that reflect the needs and wants of today’s workers. The DOL’s effort to rescind the final rule runs counter to the realities of the modern economy,” Armstrong says in a statement. “CWI participated in an exhaustive comment period in accordance with regulatory procedures as the rule was being finalized under the Trump Administration. However, efforts by the current DOL to upset the ruling is arbitrary and not in accord with the law.”

Brian Bennett, vice president of government affairs and policy at DSA, says his association is in full support of the lawsuit seeking to protect the independent contractor rule.

“We will continue working with the Administration and Congress to ensure direct sellers are clearly classified as independent contractors under all federal laws,” Bennett says.

Direct Sellers and the New Economy

The issue of worker classification is one that direct selling companies have dealt with for decades. However, since the onset of the gig economy, the issue has taken on greater significance, as independent contractors are central to the business models of leading gig companies, including Uber and Lyft.

In 2015 and 2016, the Barack Obama administration issued informal guidance attempting to limit the scope of independent contractor status. But the Trump administration withdrew that guidance in 2017.

In the waning days of Trump’s presidency, former leadership at the Labor Department pushed through the rule that would make it easier for businesses to classify workers as contractors. The rule would have adopted a new test to simplify companies’ legal justification for categorizing workers as independent contractors and give industries relying on independent workers a tool to counter class-action lawsuits accusing them of misclassifying workers.

Fast-tracked by Labor Department leadership due to the possibility of the White House changing hands, the Trump rule drew support from corporations and Republicans. But it was opposed by unions and Democrats, which would prefer the federal government to make it more difficult for companies to classify workers as independent contractors.

The Trump rule adopted an “economic reality” test for determining which workers qualify as independent contractors. According to the rule, the test considers whether contractors are in business for themselves, rather than being economically dependent on the employer for work.

The Labor Department under Trump proposed narrowing this test into five factors, which is less than the number relied upon by various courts and previously used by the federal agency.

According to the rule, two core factors will be given greater weight for determining worker classification: the nature and degree of the employer’s control over work and the worker’s opportunity for profit or loss based on personal initiative or investment.

Those two factors are complemented by three additional “guideposts,” which would be used as part of an analysis when there is a conflict with the initial two core factors. The three additional criteria are: skill required in the work; the degree of permanence in the work relationship; and whether the work is part of an integrated unit of production.

The purpose of the rule, according to former Labor Secretary Eugene Scalia, who was appointed by Trump, was to remove ambiguity about which workers are truly independent and not protected by federal minimum wage and overtime laws.

However, the Labor Department now says it has concerns about the rule, including its focus on two core factors above others in determining worker status.

The agency is concerned “that the Rule’s narrowing of the analysis would result in more workers being classified as independent contractors not entitled to the FLSA’s protections, contrary to the Act’s purpose of broadly covering workers as employees,” the Labor Department says in its proposal to remove the rule.

The Department questions whether the rule is fully aligned with the FLSA’s text and purpose or case law describing and applying the economic realities test. Meanwhile,  Biden has called on Congress to adopt a test that would make it much harder for employers to treat workers as contractors.

The Biden administration’s move to take aim at the independent contractor rule follows a Jan. 20 White House order barring agencies from moving forward with rules promulgated by the Trump administration that had yet to take effect.

In its lawsuit, the Coalition for Workforce Innovation says the Biden administration ran afoul of the Administrative Procedures Act (APA), a federal law outlining how government agencies must enact rules, when it delayed and then rescinded the independent contractor regulation. Under the APA, federal agencies must notify the public, allow public comments and justify their decisions.

The group claims the Biden administration failed to point to any emergency situation that justified delaying and then scrapping the rule, while also failing to provide enough time for public comments.

In delaying and rescinding the rule, new leadership at the Labor Department “ignored completely the reality of the costs of compliance preparation innumerable businesses have already undertaken in anticipation of the rule becoming effective as scheduled, as well as the cost that the prior lack of clarity continues to wreak on the business community,” according to the lawsuit.

“CWI looks forward to the courts reaffirming that any action of government needs to be firmly grounded in legal principles,” says Armstrong, the founding member of the Coalition for Workforce Innovation.

“Moreover, CWI encourages the DOL to adopt a modern view of independent work that reflects the 21st century and the needs and wants of workers—many of whom commented in support of the final independent contractor rule this DOL is attempting to unlawfully rescind.”