“I would say that our company had a massive part in bringing about the federal legislation in 2018 that changed the Farm Bill.”  Blake Schroeder, CEO, Kannaway

“We make it easy to customize your core nutrition, and CBD has just been one of those things that has been a great fit.”  Ryan Montgomery, CEO, Reliv

According to a recent Direct Selling Association (DSA) consumer trends study, the health and wellness marketplace is changing rapidly. Direct sellers must continuously raise their own bar with a consistent flow of new products and communications to meet consumer demand for the latest natural compounds and plant derivatives. The rising implementation of new product lines mirrors the latest technological advancements in agriculture and chemistry.

One such product, cannabidiol—better known as CBD—is in the midst of a marketing boom and propelling sales for a variety of direct sellers. CBD is being incorporated into a rapidly growing array of health, wellness, and nutritional products, resulting in a diversification of product lines among some existing direct sellers, as well as the launch of new startups specializing in this commodity.

Many direct sellers have jumped on the CBD trend to meet the rising demand in what some may question is an oversaturated market. However, executives in the channel remain extremely optimistic about this unique and complex product. 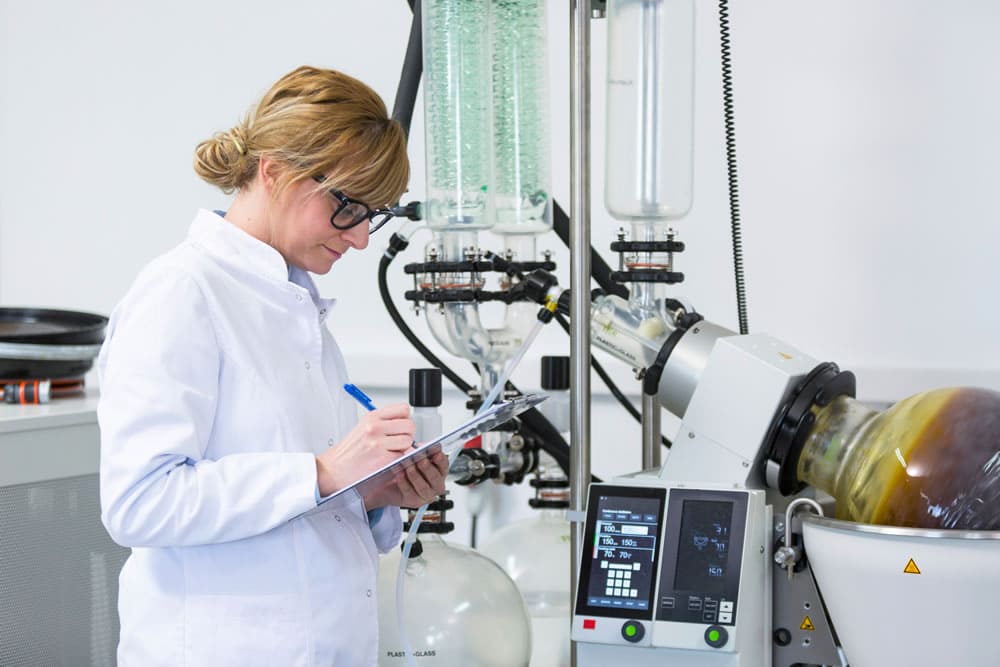 Present and Future CBD Demand: Numerous Profiles Yet to Be Utilized

Cannabinoids are naturally occurring compounds found in the cannabis plant and can be isolated as distinct profiles based on their chemical structure. The result is a set of distinct, but related profiles. These various cannabinoids expand far beyond the well-known THC (tetrahydrocannabinol) and CBD (cannabidiol) isolates currently used in most products today. Estimates vary, but at least 60-100 different cannabinoid profiles have been identified in an industrial hemp plant, with many more thought to exist.

With the continued discovery of new cannabinoids comes expanding product lines and sales.   According to the Grand View Research Cannabidiol Market Growth Analysis Report, 2021-2028, the global cannabidiol market size was valued at $2.8 billion in 2020 and is expected to expand at a compound annual growth rate (CAGR) of 21.2 percent from 2021 to 2028.

The CBD market has been buoyed of late by at least two different factors. Considered a taboo product by some due to its association with cannabis, public perception of CBD is changing as this product is picked up by more and more trusted and mainstream sellers. In addition to CBD’s improving public perception, U.S. legislative and regulatory bodies at both the federal and state levels have been relaxing laws related to hemp and/or cannabis production and marketing in recent years.

Medical Marijuana Inc.—which includes subsidiary Kannaway—was the first direct seller to launch cannabis-derived nutraceutical products, brands, and its own supply chain, says Kannaway’s CEO Blake Schroeder. The company conducts its own research and has participated in cannabis safety and efficacy studies all over the world, according to a recent press release on the parent company website.

“One of the things that our company fights for is free access to cannabis-based products all over the world,” states Schroeder. “We’ve made a lot of headway in doing that. In fact, I would say that our company had a massive part in bringing about the federal legislation in 2018 that changed the Farm Bill.”

The federal government’s 2018 Farm Bill included new statutes allowing for the regulated, but broad, cultivation of hemp. The bill reclassifies cannabis plants containing less than .03 percent THC as hemp, to be distinguished from marijuana plants, which contain over .03 percent THC.

While cannabinoid products are now federally legal, some individual states have more stringent laws around them. For the most part around the U.S., CBD is freely accessible, adds Schroeder. However, the rest of the world lags behind in this regard.

“In most countries around the world, the entirety of the cannabis plant is scheduled as a controlled substance,” he says. “So there’s still a lot of work to do. One of the things that’s important to us is free access. If you knew some of the families that I know now that have benefited from the plant, you’d understand why free access is such an important thing for us.” 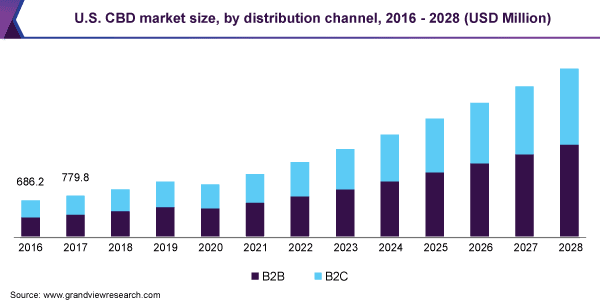 As new companies enter the space, the question becomes: how does one differentiate itself? Some direct sellers, such as NūVita, which launched in late 2019, are offering products infused with cannabinoid variants not yet mass-marketed.

The company offers five products currently, but its top seller is a CBN formula, which is also its most expensive product. Cannabinol, or CBN, is another cannabinoid in the cannabis plant reported to have calming effects.

A lesser-known cannabinoid called cannabigerol (CBG) is also gaining interest among enthusiasts and is offered in one of the NūVita products, says Amanda Fata, founder and president of the Michigan-based cannabis company. “It is a non-psychoactive cannabinoid, so it is well suited to those who want to avoid the psychoactive effects of THC,” says Fata.

In addition to being at the forefront of the cannabinoid offerings, Fata says she also believes that offering 100 percent USDA Organic products, as well as manufacturing in-house, is what has helped her brand stand out among other industry behemoths.

“One of the ways that we have really identified as a path for us to stand out is we manufacture everything in our Michigan facility,” says Fata. “It adds a layer of transparency and credibility and quality to our brand.”

Fata acknowledges that offering organic products is not something the industry demands, but the company wanted to stand apart. “We get our products straight from a farm that we have a beautiful partnership with,” she says. “It’s all certified organic hemp, and we third-party test every batch that we make in-house.”

As a woman entrepreneur, Fata’s intentions were to start a brand that supports women and children from the community who come from abusive or human-trafficked situations. NūVita has a unique model for attracting brand ambassadors, and the company primarily uses social media for recruiting and building brand awareness.

Long-time channel leader Reliv has joined the crowd by adding a line of CBD-infused products to its existing line of wellness products in the past two years. CEO Ryan Montgomery says the 33-year-old company became interested in CBD products as demand began to grow exponentially.

Reliv sources its CBD from an outside supplier, but one way the company differentiates itself is by infusing various CBD compounds with other proprietary ingredient blends.

“We knew there were going to be a lot of companies offering CBD in different ways, and we wanted to offer something that nobody else has,” says Montgomery. “We decided to put CBD together with Lunasin, an ingredient we acquired 10 years ago. We knew it would give us a little bit of exclusivity in the space.”

The National Institute of Health classifies Lunasin as a novel, cancer-preventive peptide with efficacy against chemical carcinogens and oncogenes that has been demonstrated in a laboratory setting. Reliv has just launched its proprietary blend in the past few weeks.

“Our CBD line is not a top performer for us—it’s probably 5 percent  to 6 percent of our sales,” adds Montgomery. “But after conducting our due diligence, we felt like the wellness benefits of CBD products were a good fit for our brand, and it’s been well received by our distributors and loyal customer base.” 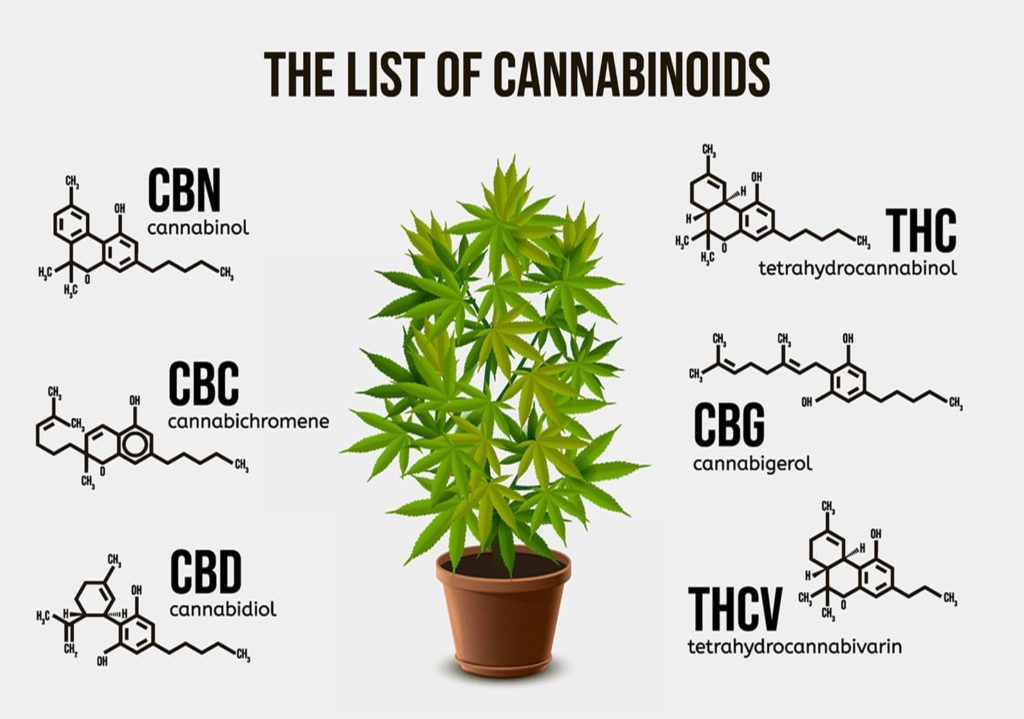 With brand loyalty at an all-time low and competition at an all-time high, CBD companies are seeking mechanisms to drive existing consumer loyalty and new customer growth among an increasingly fickle audience, according to a report from the CBD Marketing Hub.

Schroeder says staying compliant—training and monitoring the field to ensure compliance—and offering the most unadulterated products are also key to building brand loyalty.

Having always been a nutrition company, Reliv’s Montgomery concluded that staying true to your core and brand mission is a wise way to keep your loyal base coming back. “It’s not like we’re a nutrition company trying to add a line of housewares,” says Montgomery.  “We’ve always had a core product line. We make it easy to customize your core nutrition, and CBD has just been one of those things that has been a great fit.”

Fata says the key to CBD brand loyalty for her is having a direct, personal relationship with the people that are working really hard for the NūVita brand. She gives out her personal mobile phone to new brand ambassadors, for which she has received some push-back from critics. “They need to know that I care for them and that they’re not just some person that’s adding money to my top-line revenue,” she says. “They want to know that the person behind the brand cares about them. So we will continue to go above and beyond to meet that need.”

A Diverse Product for a Diverse Channel

The future of CBD marketing in the direct selling channel appears to be well secured by the diversity found in each aspect of its path to the consumer—the diversity of compounds isolated from the hemp plant, of products enhanced by cannabinoids, and of direct selling companies that are able to benefit from this multifunctional compound. As advancements in research, public opinion, and pro-hemp legal agendas continue, direct sellers will seek to set themselves apart in this expanding market, and they will have science at their backs.