FTC to Review Business Opportunity Rule by End of Year

It is alarming that the FTC seems to have prejudged the public comment process and concluded that the scope of the Rule should be expanded to impose a new regimen of rules and regulations on the direct selling industry.

The Federal Trade Commission (FTC) announced on June 14 a review of the Business Opportunity Rule by the end of the year. The Rule was first proposed in 2006 and was finalized with amendments in 2012 after direct selling companies and the Direct Selling Association (DSA) vigorously argued for, and ultimately received, a generalized exclusion from the Rule.

The Business Opportunity Rule applies to any new business arrangement where sellers offer a prospective purchaser the opportunity to enter into a new business where the purchaser is required to make a payment as a condition of starting the business.

The rule establishes that sellers are required to give prospective buyers specific detailed information, including a disclosure statement about the business, seven days before agreements can be signed or money can change hands.

Were this rule to be enforced on direct sellers, experts say it would clearly disrupt most business models that rely on person-to-person distributor recruitment, including party plans.

The provisions led to a forceful pushback from direct sellers during the public comments portion of the original 2006 rule proposal process with the FTC receiving over 17,000 comments from individuals active in direct selling, which urged the FTC to exempt the channel from the Rule.

Direct selling proponents argued that it did not adequately distinguish between pyramid schemes and legitimate direct selling businesses.

The agency acquiesced and, while direct selling companies were not explicitly exempted from the Rule, amendments were approved to avoid sweeping in all multi-level-marketing businesses. In the years since its finalization in 2012, direct sellers have operated without any significant impedance from this amended regulation. 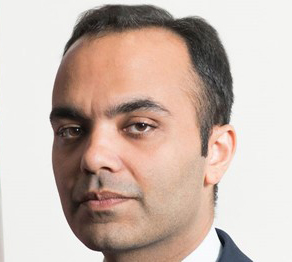 FTC’s Rahit Chopra will soon relinquish his seat on the Commission.

Legal experts in the direct selling channel are alarmed at this week’s announcement of the pending review of the Business Opportunity Rule, which comes just a few months after acting FTC Chairwoman Rebecca Kelly Slaughter announced the creation of a new rulemaking group within the FTC’s Office of the General Counsel.

In the March 2021 announcement, an agency spokesperson stated that an enhancement of the FTC’s rulemaking authority would be needed to address the potential loss of their monetary redress powers under Section 13(b) of the FTC Act—a significant rebuke of the FTC’s power unanimously confirmed by the Supreme Court one month later.

Larry Steinberg, chair of the Multilevel Marketing Industry Practice Group at the Buchalter law firm, notes that “Ten years ago, when the FTC last made substantial revisions to the Business Opportunity Rule, the FTC appropriately acknowledged that many aspects of the Rule were simply inapplicable to the network marketing model. It is alarming that, now, the FTC seems to have prejudged the public comment process and concluded that the scope of the Rule should be expanded to impose a new regimen of rules and regulations on the direct selling industry.”

Commissioner Chopra Sets Stage for Fight on His Way Out

FTC Commissioner Rahit Chopra, a long-time advocate of utilizing rule violations to seek civil penalties against FTC targets, released a separate statement in support of the review of the Business Opportunity Rule. In his letter, Chopra takes aim at the direct selling channel.

“There is no dispute that lying about earnings claims and other related practices is unlawful. By formally codifying these prohibitions into rules like the Business Opportunity Rule, the Commission can seek restitution and penalties against multi-level marketers, gig economy platforms, and others who cheat workers and entrepreneurs through false earnings claims, without imposing any new obligations on honest businesses.

“Particularly given the loss of the Commission’s authority under Section 13(b), it is critical that Commissioners comprehensively review our consumer protection rules and amend them to incorporate widely accepted precedent and prohibitions. This will allow the FTC to make victims whole, and will help turn the page on the agency’s perceived powerlessness,” Chopra concluded.

As previously reported in SSN’s  May issue, Chopra has urged his fellow commissioners to resurrect the FTC Act’s Section 5 rule provisions—and more specifically, the civil penalty provisions—against violators, as this grants the agency access to punitive monetary recourse.

In previous FTC actions under 13(b), the agency’s ability to seek monetary relief was limited to the amount of a victim’s harm, or a violator’s unjust gains. However, when an established FTC rule is violated, accused parties are liable for up to $43,792 per violation.

Steinberg observes that “this announcement seems to be a symptom of the current environment of aggressive FTC regulation and oversight of network marketing, but also a direct reaction to the FTC’s pique at the Supreme Court’s decision removing Section 13(b) from the FTC’s arsenal of monetary remedies.”

While Commissioner Chopra will soon relinquish his seat on the Commission to lead the Consumer Financial Protection Bureau, his former legal advisor, Lina Khan, was confirmed as the FTC’s new Chair on June 15, filling the vacancy from departed chair, Joseph J. Simons. President Biden will nominate an additional commissioner once Chopra departs. This will establish a 3-2 Democrat majority on the Commission.

Direct sellers can take note that the rulemaking and amendment process is a cumbersome one. Network marketing companies and their DSA representatives in Washington D.C. will have ample time to mount another pushback against a revision of the Business Opportunity Rule.

“If the FTC does end up trying to remove the MLM exemption from the Rule, that could end up taking years to pass through the formal rule amendment/making process. One thing we believe we can count on is that nothing formal will happen within the next year or so,” Eash says.

Brian Bennett, vice president of government affairs and policy at the DSA, reminds the channel, “In 2011, the Federal Trade Commission wisely decided to not cover direct sellers in the final Business Opportunity Rule. Although the Rule proposed in 2006 initially intended to cover direct selling companies, DSA’s substantive comments during the administrative process led the Commission to conclude that the initially proposed Rule was too blunt an instrument that would harm millions of micro-entrepreneurs. DSA will again work to ensure that any new Rule does not harm direct sellers.”

Concerned observers will have to wait to learn if Chairwoman Khan shares the same enthusiasm for civil penalties as her colleague. However, it is probably a safe bet to presume that she will take the Section 5 baton from Chopra to continue the race to rebuild and strengthen the FTC’s monetary powers after its 13(b) defeat.

Supreme Court to Weigh In on FTC Authority...