Is the Commission saber-rattling or moving the goalposts?

The (FTC) is saying ‘we’ve got other tools,’ but what they are hoping for is that Congress will act.

At a time when the FTC should be contrite for having been caught for abusing its power, they’re doubling down.

The Federal Trade Commission’s (FTC) focus on its power to punish continued in recent weeks as it threatened the use of punitive action against its favorite targets. The Commmission’s latest announcement has important implications for industries under its scrutiny, including the direct selling channel.

With the U.S. Supreme Court’s decision on AMG Capital Management v. Federal Trade Commission drawing near, and with it the fate of the Commission’s authority to seek disgorgement and restitution under Section 13(b) of the FTC Act, the FTC has signaled that it is prepared to dust off a previously abandoned weapon in its arsenal in case the ruling doesn’t go its way.

Acting FTC Chairwoman Rebecca Kelly Slaughter has announced the establishment of a new rulemaking group within the FTC’s Office of the General Counsel. The goal of this action is to consolidate the rulemaking practice across the various bureaus of the commission, and it is a first step in revitalizing the FTC’s practice of using rules to impose civil penalties on an industry-wide basis.

The Commission detailed its new strategy in a March 25 press release:

“With this new group in place, the FTC is poised to strengthen existing rules and to undertake new rulemakings to prohibit unfair or deceptive practices and unfair methods of competition.

“Especially given the risk that the Supreme Court substantially curtails the FTC’s ability to seek consumer redress under section 13(b), rulemaking is a critical part of the FTC’s toolbox to stop widespread consumer harm and to promote robust competition.”

The statement concludes by justifying the new approach to rulemaking:

“Currently, rulemaking within the FTC is decentralized, with individual bureaus and divisions responsible for particular rules. In recent decades, most rulemaking activity has been periodic reviews of existing rules. The new structure will aid the planning, development, and execution of rulemaking—especially new rulemakings—in turn, making the commission’s work more efficient and potent.” 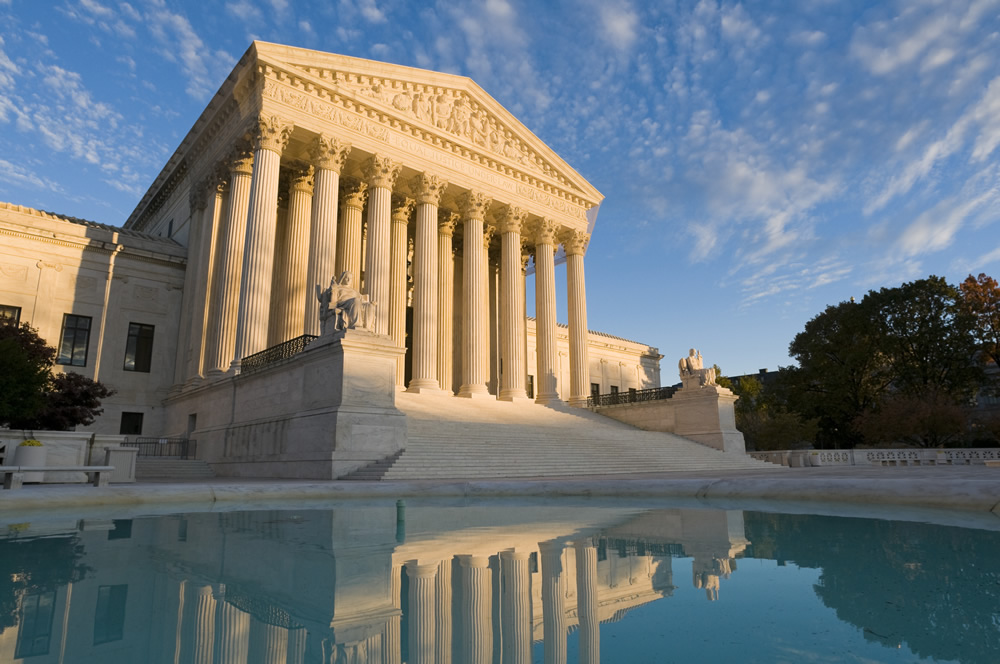 As reported previously in SSN, FTC Commissioner Rohit Chopra sent a message to direct sellers last year by arguing that the FTC should resurrect its rarely used Penalty Offense Authority, which grants the Commission the ability to seek civil penalties against a company or individual that engages in unfair or deceptive business practices.

In an October 2020 letter to Congress, Chopra implored legislators to amend the 13(b) statute to set clearly into law the FTC’s right to seek equitable monetary relief—the action currently under question in the AMG Supreme Court case.

However, Chopra subsequently argued in a November 2020 paper, “The Case for Resurrecting the FTC Act’s Penalty Offense Authority,” that because equitable monetary relief allows only for the seizure of illegal earnings (disgorgement) or the return of a consumer’s losses (restitution), Section 13(b) alone is not enough of a deterrent against individuals or companies that engage in deceptive practices. He said that punitive civil penalties are required to have a “market-wide impact.”

Then-commissioner Slaughter was a co-signer on the October letter to Congress and has wasted little time as Acting Chairwoman in setting the wheels in motion to potentially rejuvenate the Commission’s Penalty Offense Authority by “harmonizing the approach to rulemaking.” 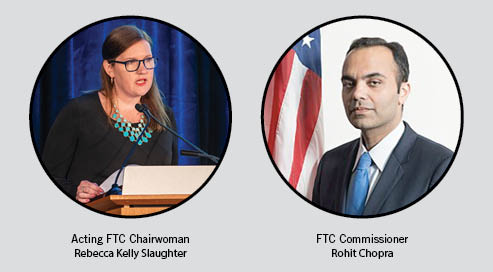 The FTC has the authority to set specific, industry-wide rules so that it does not have to rely on case-by-case court decisions or orders from administrative proceedings to set grounds for future legal action against direct sellers it deems to be engaging in deceptive or unfair practices.

However, the requirements for implementing new rules are formal and involved, according to John E. Villafranco, an advertising law attorney who specializes in FTC cases and is a partner at Kelley Drye & Warren LLP. Villafranco suggests that the tedious nature of the rulemaking process may limit its use.

“They have gotten away from formal rulemaking over the last 30 years because it’s really cumbersome and it takes a long time. There have to be comments submitted by the parties involved, and then there have to be responses to these comments.

“They have to crank up machinery for every single issue in order to produce one narrow-focused rule. The Commission must also demonstrate that the practices it seeks to target with a new rule are prevalent,” Villafranco says.

Another attorney in the direct selling channel is pessimistic that the Commission will be transparent and unbiased during future rulemaking sessions.

Kevin Thompson, founding partner at Thompson Burton PLLC, says, “I do not trust the FTC as they create these rules, and I highly suspect that they’ll only seek input from ‘experts’ that see things a certain way. In other words, they will seek zero input from the general public, which would be absolutely unfair.”

In 2006, the FTC attempted to use an existing rule, called the Business Opportunity Rule, to threaten direct selling companies with civil penalties regarding earnings disclosures.

After fierce pushback from the direct selling channel, the Commission agreed to exclude multi-level marketing companies from the rule. 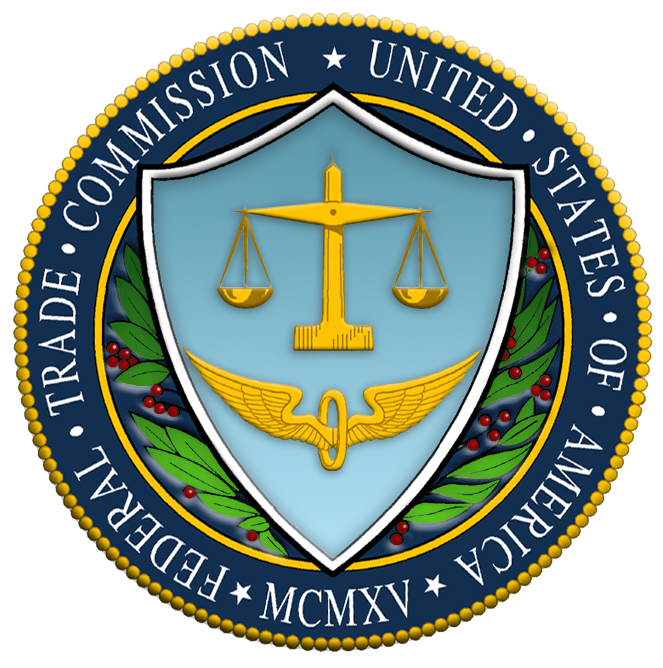 Using its Penalty Offense Authority granted in 1975, the FTC can pursue civil penalties against a company that violates an existing or newly created rule as long as the Commission can demonstrate that the company was previously made aware of the rule.

The FTC will be able to “forewarn” entire direct selling sectors about a new rule by simply mailing notices to the companies it is watching in order to fulfill this requirement. Thompson suggests, “They could even do it in a DSA speech.”

Punitive civil penalties under the Penalty Offense Authority are a threat to direct sellers for several reasons:

“I think, in hindsight, direct sellers are going to realize that 13(b) was more preferable than what the FTC is about to roll out,” Thompson adds. 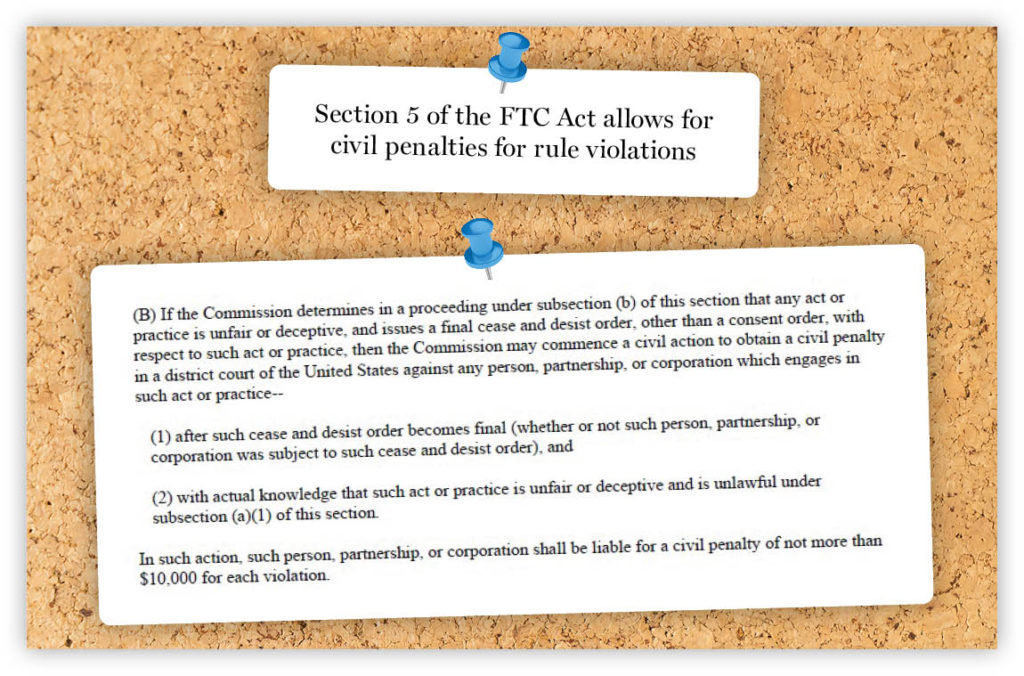 Two Consequential Decisions Still Up in the Air

While the FTC waits for the imminent AMG decision, the second X-factor that will dramatically impact its strategy in pursuing monetary relief against direct sellers is Congress’s success in amending the FTC Act to explicitly grant it the statutory weapon that it is on the verge of losing in court.

Despite the FTC’s recent talk of utilizing alternative weapons, Villafranco contends that the Commission is fully aware of the dramatic shift in strategy that would be required should Congress fail to replace this arrow in the FTC’s quiver.

“In some respects, it (FTC) is whistling past the graveyard here because, yes, it has other tools—but it is going to dramatically change the nature of negotiations when companies are afforded an opportunity to settle a case through a consent order.

“So, they are saying ‘we’ve got other tools,’ but what they are hoping for is that Congress will act. There is legislation up there right now, and there is a lot of attention on this bill, and there is going to be a push. It is rare that Congress comes together to get something done, but there is a Democratic majority and there is no lobby for fraudsters,” says Villafranco.

“The FTC, recognizing that the industry is adjusting well to this new expectation, is moving the goalposts,” he says.

“In years past, their main focus was on ensuring network marketing companies had sufficient retail sales. The amount of retail sales was the main factor that distinguished legitimate companies from pyramid schemes,” Thompson adds. “After the Herbalife settlement in 2016, I think the FTC was shocked that Herbalife has continued to thrive despite the onerous retail sales requirements.

“They’re doing it (moving the goalpost) via speeches and ‘expert’ papers that mainly target the structure of MLM compensation plans. It is a completely different approach.

“At a time when the FTC should be contrite for having been caught for abusing its power, they’re doubling down. It’s incredibly irresponsible. I do not trust their ability to be fair as they shift strategies,” Thompson concludes.

What suggestion from the field have you implemented...