Relief packages could overlook the specific needs of millions of Americans

“We continue to advocate on behalf of direct sellers to make sure we’re top of mind with members of Congress as they consider packages to get the economy rolling.” 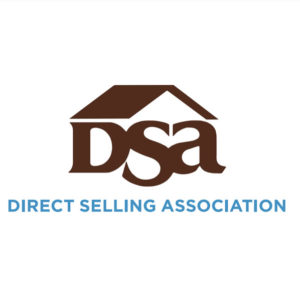 As Congress continues to debate how to minimize damage to the economy wrought by the coronavirus pandemic, the Direct Selling Association (DSA) is urging federal lawmakers to put in place extra protections for direct sellers and independent contractors as part of future stimulus packages.

In March, President Trump signed a rescue package worth more than $2 trillion to counter the health and economic fallout from the rapid spread of the disease. Trump signed another wave of COVID-19 relief last month in the form of a $484 billion measure.

Dubbed the CARES Act, the stimulus package from March provides companies, including direct sellers and independent contractors who make up the salesforce, with a couple of ways to request government assistance.

First, there’s access to funding through the Paycheck Protection Program, which provides forgivable grants to small businesses with 500 or fewer employees to continue to pay workers and overhead costs for about two months. The relief package also allows for self-employed workers—-independent contractors and gig workers—to receive unemployment benefits, expanding the insurance program for the first time to cover this segment of the workforce.

But with roughly 26 million people having filed for unemployment as of the last week of April, a recession looming, and no clear timeframe for a return to normalcy, Congress is already debating additional rounds of emergency funding. And the DSA says it’s trying to make sure direct sellers are represented in those discussions.

“We continue to advocate on behalf of direct sellers to make sure we’re top of mind with members of Congress as they consider packages to get the economy rolling,” says DSA President Joseph Mariano.

In an April letter to congressional leaders, the DSA wrote that the current programs lawmakers put in place are helpful for direct sellers to access during the economic downturn, but “more relief is needed in future stimulus packages.”

The DSA is asking Congress to consider approving three policies that would help sustain direct sellers in the short and long term:

Brian Bennett, the DSA’s vice president of government affairs and policy, describes it as a “tax holiday” for two years on what amounts to a 15.3 percent self-employment tax. “We’re advocating that independent contractors essentially not have to be subject to those taxes for a couple of years,” he says. “We want to make sure they have all the money in their pockets that they can. While 15.3 percent of earnings doesn’t sound like a lot, it is a lot. It amounts to trips to the grocery store and other things you could need.”

This provision should include business startup and operational expenses that can be claimed by self-employed individuals or companies incurring expenses to enable their employees or contractors to work from home.

Bennett says this would help direct sellers or independent contractors recoup costs such as buying an iPad or a new cell phone to facilitate remote work by increasing tax credits. “Incentivising a work-at-home business would be a good thing,” he says.

Bennett says this policy has “pretty broad support.” The relief packages have included about $650 billion in dedicated funds for small businesses through the Paycheck Protection Program (PPP), which provides forgivable grants. An initial $349 billion in funding for the program ran out in mid-April, prompting concern and outcry from the small business community. That led to the infusion of an additional $310 billion into the program at the end of April.

At press time, few direct sellers seem to be getting access to those funds.

“I am aware of three companies that were approved for loans,” says Bennett. “A few are pending, and a couple of other companies applied and haven’t heard back. Banks are struggling to administer the program.”

Bennett says he’s also heard of several independent contractors who work in the direct selling channel that have applied for the loans “and haven’t heard back.”

Mariano says his organization is closely monitoring how the Small Business Administration (SBA) is dealing with direct sellers under the program. The SBA specifically prohibits companies associated with “pyramid sales plans, where a participant’s primary incentive is based on the sales made by an ever-increasing number of participants” from accessing loan programs administered by the agency.

That policy has created an “unclear, at best, and discriminatory prohibition” that typically excludes direct sellers from participating in SBA loans, Mariano says.

“We are keeping our eye on this,” he adds, noting that the DSA has no reason to believe that delays experienced by direct sellers under the PPP have been intentional. “We want to make sure that doesn’t prejudice direct selling companies under the program.”

Unlike a traditional SBA loan questionnaire, Bennett says the PPP application does not ask “if you are a multi-level company.”

“We believe Congressional intent was clear to not apply the same restrictions,” he says, referencing the several direct selling companies that have been approved for the small business loans.

DSA is also organizing a series of virtual town halls the week of April 27 that will include members of Congress providing updates and speaking directly to direct selling executives about the status of relief efforts.

“This allows us to continue communication with members of Congress,” says Mariano, “so they keep us top of mind.”