There were a number of factors that led us to think that the timing was right for this type of conference, including indications from the Federal Trade Commission that they are tightening focus on the MLM industry.

Anti-MLM influencers appear to be more interested in fostering a cottage industry of their own than they are to an inclusionary dialogue on how best to promote entrepreneurship.

For decades, direct selling’s opponents have worked to challenge the channel from the relatively confined spaces within their respective legal, academic and media circles.

The occasional high-profile court case would generate publicity for a few news cycles, and newspaper and magazine articles would follow with passing coverage.

The 2000s brought the occasional exposé on network and cable television that, through internet streaming and on-demand technology, gave some of these hit-pieces millions more views than they would have received in years past.

However, nothing has contributed to the spread of the anti-multi-level-marketing movement over the past decade more than the explosive growth of social media.

As reported previously by SSN, the adaptation of anti-network-marketing messages into memes, viral short-form videos, YouTube channels and podcasts has fundamentally changed the frequency of this negative messaging from the occasional story to a near-daily barrage.

The call was answered, an international virtual conference was convened, and SSN listened in.

SSN reached out to conference organizer Dr. William Keep, former dean of business and interim provost at The College of New Jersey, for comment, but did not receive a reply as of this publishing. 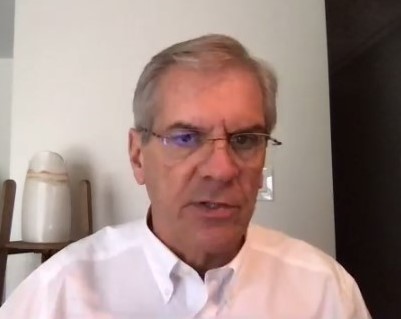 In a first-of-its-kind event bringing together government regulators with some of the most vocal social media opponents of the direct selling channel, the College of New Jersey School of Business hosted a global conference, titled “MLM: A Consumer Protection Challenge,” on April 30 and May 1.

The goals and unifying views of the conference attendees were summarized during opening comments from members of the 13-person steering committee, including Douglas M. Brooks, an attorney who has litigated cases against direct sellers such as Herbalife, Nu Skin, Melaleuca and others.

“We are united in our belief that multi-level-marketing presents a serious problem and has caused a tremendous amount of harm around the world,” Brooks stated at the outset of the conference.

“There were a number of factors that led us to think that the timing was right for this type of conference, including indications from the Federal Trade Commission that they are tightening focus on the MLM industry. More importantly, there has been a tremendous growth on social media in the anti-MLM movement. What we are hoping to do is bring those folks into the conversation to take the grassroots movement to another level.”

The keynote address was given by current FTC Commissioner Noah Joshua Phillips. The Commissioner began his remarks by acknowledging that multi-level marketing is not a monolithic entity and that it “may have certain benefits over traditional retailers because it depends on direct relationships between sellers and consumers, can help companies reach consumers that they might not otherwise be able to reach, and may allow for sales to consumers or communities who may be underserved by traditional retail. Multi-level marketing also can give consumers the opportunity to supplement their income.”

These measured keynote remarks stood in striking contrast to the opinions expressed by the majority of speakers to follow, as later panelists made no effort to distinguish between the actions of legitimate direct sellers following FTC guidelines and the most brazen pyramid and ponzi schemes.

Commissioner Phillips continued his remarks by noting the FTC’s recent actions to combat COVID-19-related health and wellness claims and emphasized the Commission’s stance on income claims.

“I commend both organizations for reinforcing the important message that because claims made by salesforce members are attributable to the companies themselves, it is incumbent upon selling companies to educate their individual sellers about best practices, with respect to product and earnings claims.”

Phillips concluded by pledging his support to fight against illegal pyramid schemes and deceptive business practices.

“This is a top enforcement priority for me, and I hope the agency. This conference’s mission is very important, and I look forward to seeing the fruits of your discussion.”

Input from U.S. and International Regulators

Andrew Smith, former director of the FTC’s Bureau of Consumer Protection, emphasized that direct selling companies have been, and will continue to be, held responsible for the actions of their independent distributors.

While noting that he was not speaking on behalf of the FTC, Smith’s comments served as an important reminder to direct sellers that the regulator’s scrutiny does not stop once corporate-level compliance standards are met.

Paul Hanna, deputy director, Competition and Consumer Protection Commission in Ireland, volunteered—somewhat surprisingly, given the objectives of the conference—that less than 1 percent of the 45,000 complaints received by his office concerned multi-level marketing and pyramid schemes.

A session titled “Federal and State Enforcement Perspectives” featured current and former members of the FTC as well as representatives from the Office of Attorneys General of Washington and Illinois.

Kathleen Daffan, an attorney with the FTC’s Division of Marketing Practices, highlighted the COVID-19 Consumer Protection Act, passed by Congress in December 2020, which imposes monetary penalties on violators who engage in deceptive practices concerning COVID-19-related prevention and treatment.

Daffan went on to say that pyramid-related law enforcement relies on research and made a request to pyramid scheme researchers to reach out to her. “There is a surprisingly limited amount of research in this area,” Daffan stated. “We have a lot of ideas about interesting research questions, given the complexity of this area and the consumer harm associated with it.”

Two attorneys from the Washington State Attorney General’s Office, Joseph Kanada and Ben Brysacz, presented a review of their state’s Consumer Protection Act as it applies to pyramid scheme enforcement and also reviewed their office’s recent settlement with LuLaRoe.

Jacob Gilbert, an attorney with the Illinois Attorney General’s Office, highlighted red flags that he looks for, and advises consumers to look for, when considering a direct selling business opportunity, including hard-to-understand language in the agreements or products that might be difficult to sell due to low demand or market saturation.

Gilbert also alerted the conference to the phrase, “fake it till you make it,” which he said was repeated to his office “by the majority of the people that we spoke with, both those who were successful and those who believed themselves to be victims as well.”

In stark contrast to the measured comments made by members of the FTC, law enforcement, and various international regulatory bodies, the panel contributions of anti-MLM social media influencers were a mix of negative personal experiences with direct selling and promotion of their individual websites, blogs, YouTube channels, and podcasts.

Journalists from Forbes, The New York Times and Huffington Post joined in the discussions with social media influencers to add their anecdotal stories about network marketing.

One such journalist, Liz Day—a senior story editor at The New York Times—is a former producer on John Oliver’s Last Week Tonight and produced one of the most highly-viewed anti-MLM segments of all time. Day told the conference that her inspiration for the John Oliver segment came from friends on Facebook “talking about new business opportunities and trying to recruit people.”

Day added that she has not stayed engaged with the direct selling channel since producing the
2016 piece.

Casey Bond, a reporter for Huffington Post who has written multiple stories denigrating the direct selling channel, was also included in this panel. In her articles, Bond has accused the channel of being a “nightmare for women” and a “cult.”

The comments from these writers and internet personalities showed that they see no distinction between legitimate direct selling businesses  and pyramid schemes. This exemplified the dissonant tone of the conference, as only a day earlier, regulators and law enforcement representatives actually reviewed, in detail, the legal distinctions between pyramids and legititate network marketing.

Imagery of Nazism and ‘Cults’

Fitzpatrick urged regulators to study “authoritarianism and mind control” propaganda of the past and suggested that multi-level marketing evolved at the same time as 1960s’ cults because of shared principles. “MLM evolved right at the same time and became a delusionary economic belief based on a very distorted concept of capitalism and prosperity thinking,” Fitzpatrick stated.

“Societal spread (of multi-level marketing) is necessarily accompanied by governmental collusion. That is, if it weren’t backed or at least allowed by governments, it would collapse on itself. …It is also well-known that it has a history of buying political protection,” Fitzpatrick added.

The conference’s insinuation that multi-level-marketing businesses are cults continued during a presentation by Steven Hassan, a mental health professional and author on the topic of cults and mind control, who was a panelist on the session titled “How do MLMs recruit and retain participants?”

Hassan did not speak specifically about direct selling during his presentation but, instead, presented a review of his 2021 dissertation, which modeled authoritarian control through behavioral, informational, emotional, and thought control of victims.

Assembled under the objective of “consumer protection,” a goal supported by the Direct Selling Association (DSA), the most striking takeaway from this conference was the active exclusion of anyone supporting the direct selling channel, including the DSA, and the extensive inclusion of speakers who openly and vociferously promote the idea that all multi-level-marketing businesses are pyramid schemes, and, thus, should be criminalized.

In a statement to SSN, the DSA said that “critics of the industry were again predictably uninterested in truly enhancing consumer protection. While DSA’s perspectives were purposely excluded, DSA remains a leader in promoting revolutionary self-regulatory efforts which have been lauded by Federal and state regulators. The Association remains committed to collaborating with regulators on how to enhance consumer protections in an evolving marketplace. Unfortunately, these Anti-MLM influencers appear to be more interested in fostering a cottage industry of their own than they are to an inclusionary dialogue on how best to promote entrepreneurship.”

Gordon Hester, a member of the DSEF Board of Directors and liaison for its Academic Advisory Council, commented on the channel’s position within academia and questioned the way in which speakers selected the data presented during the conference.

“Direct Selling is aligned with over 245 academic fellows who believe in direct selling and support the industry as consultants, collaborators, researchers, and educators.  They come from some of the most prestigious universities and have become an integral part of the DSA and DSEF leadership that continues to work for the betterment of direct selling.

“After 35+ years in business, I understand the power and importance of narratives,” Hester continued. “I was shocked by how the critics of direct selling sought to subjectively take data to support their narratives while ignoring so much data that would challenge them.”

Hester also expressed his dismay at some of the accusations made about government officials during a conference attended by so many state, federal and international government representatives.

“I was shocked that one of the presenters was so fanatical that he inferred that the regulators were not acting to police direct selling because they were in collusion with the industry.
The leaders in direct selling have had a long-standing relationship with government bodies all over the world to ensure the ethical practices and oversight necessary to protect consumers,” Hester concluded.