We’ve heard over and over all the ways in which 2020 was denounced as terrible, catastrophic, and unbearable. But from the perspective of many companies in the channel, those words don’t really apply. Strange, unpredictable, and unprecedented may be more apt, and for many companies, bountiful, outrageous, and exciting are better descriptors.

One thing that is certain in 2021 is that pre-COVID-19 rules of engagement in business no longer apply. Even with approved vaccines delivered to states and administered to millions, “waiting it out” to return to previous strategies could leave businesses sidelined and irrelevant.

As strategic plans for the next three to 10 years get rewritten, perhaps over and over, there are three key areas to consider as non-negotiable fundamentals: necessary business model innovations, technocentric business solutions, and remote work as normal. 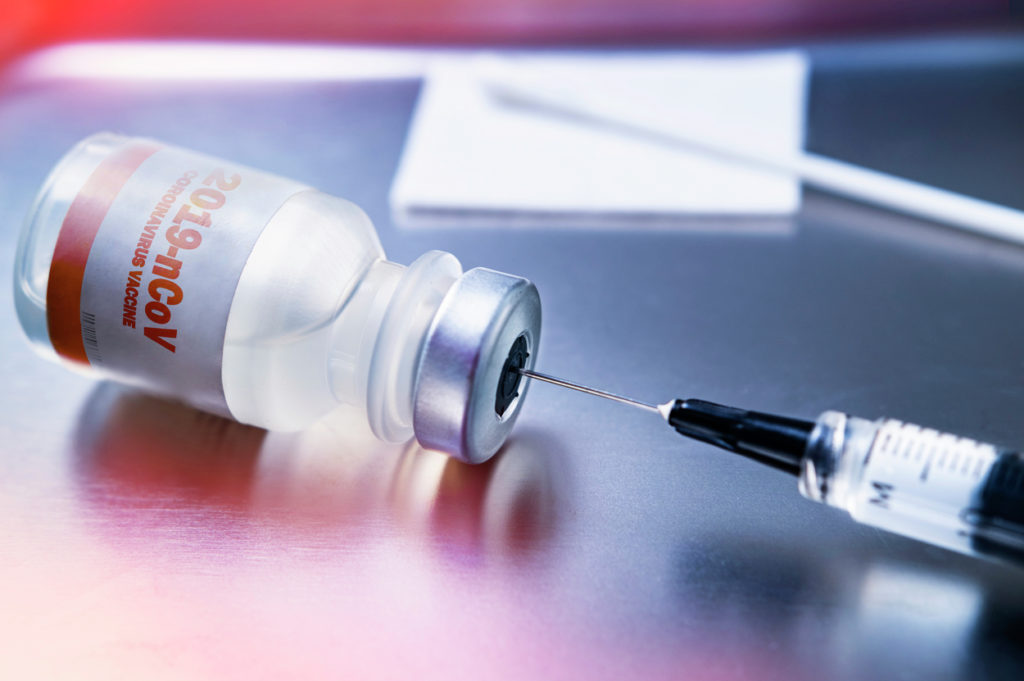 The direct selling channel has been on a trajectory of change over the past five years for many reasons, including changing consumer demands, Federal Trade Commission (FTC) pressure and regulatory scrutiny, and a desire to improve the channel’s reputational issues.

Many companies have instituted significant adjustments to their core structures as a result. Then came the pandemic, which has shifted the conversation into high gear for many executives. One fundamental shift that has occurred is the shift in focus away from the top 5 percent of income earners to the remaining 95 percent of the rest of the ranks. It is simply no longer acceptable to promote lavish lifestyles and aspirational messages. While some executives have feared that the shift would impair recruiting and hurt overall sales, many executives have found the opposite to be true.

Embracing the 95 percent and focusing on efforts to help them earn $300 to $500 a month has opened up an entire new world of opportunity for direct selling companies. Perhaps most importantly, this effort has allowed direct sellers to gain a real foothold in the mindshare surrounding gig economy offerings.

Not very long ago, trying to turn every customer into a distributor was a top recruiting strategy. The appeal was simple: Why buy at full price when you can sign up as a distributor and get a healthy discount?

With increased FTC pressure as well as the continuation of poor reputational issues created on the recruiting side, many new companies are permanently disavowing a price difference between customer and distributor.

But it’s not only new companies that have made this switch. Al Bala, CEO of Mannatech, implemented a no-price-difference strategy when the company revamped its entire compensation plan a while ago. That way no one would feel compelled to sign up as a distributor in order to receive the best price.

Nature’s Sunshine’s relaunch in 2020 included an entirely new type of seller for the company: the affiliate. With free sign-up, affiliates can earn a 15 percent commission on all purchases, and get paid within an hour. The company does still offer the traditional consultant pathway with additional perks, higher com-missions and team-building opportunities.

CEO Terrence Moorehead explains the development of the affiliate program: “One of the core tenets of this new world is that things need to be accessible to people. It’s easy to understand the rewards and benefits of our programs. Historically, compensation plans have been so convoluted that even the people engaged in them may not fully understand them. And that’s no longer attractive to people.”

Jack Fallon, founder and CEO of Detroit-based wellness company Total Life Changes, says maintaining relevance and breaking barriers outside of the channel should be a major focus for every direct selling company. He says, “We’re so far away from where we want to go. As far as numbers are concerned, we don’t touch Nike, Apple or UBER. But we have the people, the stories and the passion. Coca-Cola has to pay for somebody to cry when they are drinking a Coke. We don’t.”

He adds: “I think we have to look at the companies like UBER and say ‘what the heck are they doing that we can do right now in our business model?’ So, we went to daily pay.”

Hunter, Tori Belle’s CEO, describes her company as a modified direct sales and affiliate model. Though, like Nature’s Sunshine, Tori Belle’s plans include robust leadership and team building commissions. She says, “We call ourselves a digital marketing company, a drop-ship company and an affiliate model. We really try to stay in that bubble, and it works really well for us.” 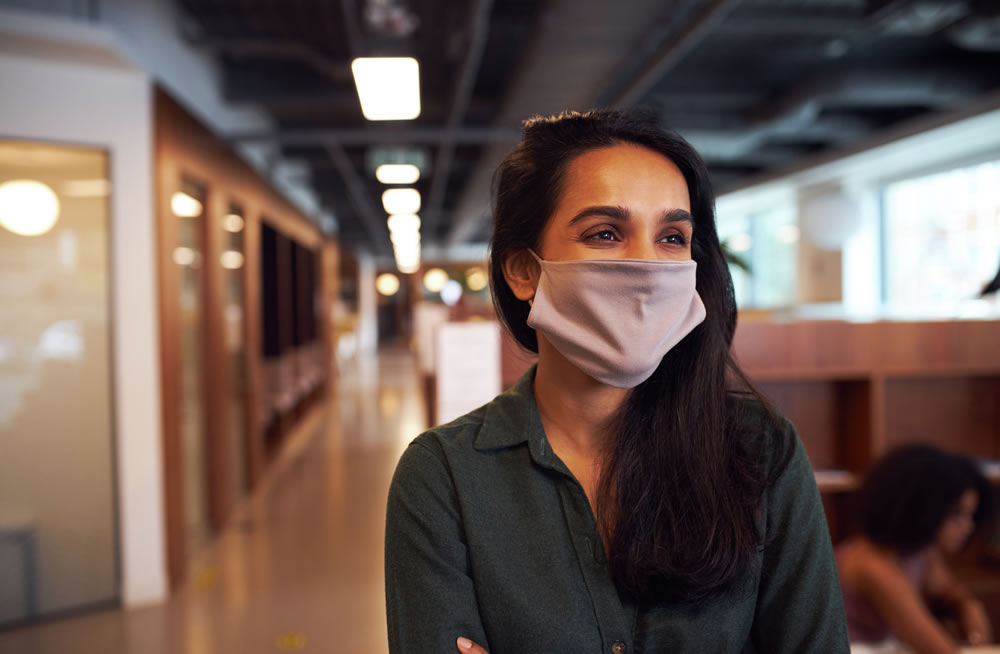 The direct selling channel has long prized its high-touch approach to selling, sometimes avoiding technological solutions as a misguided attempt to remain personal. Catching up to the rest of the retail selling world to remain competitive has been critical for several years, but post-2020 it has become an absolute requirement.

As direct selling companies continue to invest in helping their distributors build a strong customer base, it is important that companies understand what customers are drawn to in order to win their business.

Michael Fallquist, previously the CEO of Viridian Energy and currently in pre-launch for a new energy services company called Griddy, says, “Today’s network marketing company is going to be digital, it’s going to be online, it’s going to be social. So we are very focused on building everything there.”

A digital-first philosophy and budget allows brands to invent better, more personalized, faster and more customer-centric experiences. Customer expectation for these elements, according to a survey conducted by Salesforce.com in 2019, is growing. Seventy-six percent of the over 6,700 consumers surveyed say they expect companies to understand their needs and expectations.

Sebastian Leonardi, president and chief business strategist at strategic management firm DSX Group, says that personalization and customer experience are already the “crown jewels of direct selling.” He also cautions that the slow rate of adoption of technology that has characterized direct sellers in the past could have deadly consequences.

Leonardi says, “Direct selling companies that have been laggers in tech advancement have an attitude of ‘hey, this is how we do things; if it ain’t broke, don’t fix it.’ It can be mind-boggling to see how some companies are still in the tech dark ages. It’s critical to understand the sheer magnitude and scope of what’s happening. The world is changing, commerce is changing, direct selling and the retail land-scape are changing.”

A year ago, the very idea of the “Amazon effect” was still widely discussed and debated as the giant online retailer was disrupting and resetting customer expectations for buying experiences. The Salesforce.com sur-vey referenced above also reported that 69 percent of consumers surveyed expect Amazon-like buying experiences everywhere they shop. That was pre-COVID-19 when e-commerce was steadily growing, but not exploding.

Prior to the pandemic and the lock-down, San Francisco-based soft-ware integration firm MuleSoft reported in its 2020 Connectivity Benchmark Report, a survey that includes 800 global IT leaders, that three out of four businesses surveyed expect a decline in revenue if they fail to digitally transform their business over the course of the year. Those results were posted before the pandemic began.

But the lockdown and pandemic fear from March through August transformed consumer shopping habits entirely. In a report published last August, IBM released data from its annual U.S. Retail Index, revealing that the pandemic accelerated consumers’ shift to online shopping by five years. The report strongly implies that any company selling products in 2021 must pivot to e-commerce fulfillment capabilities in order to remain competitive.

U.S. Census Bureau data confirms the trends. The Bureau released its Q3 2020 estimates for e-commerce sales on November 19, indicating that while overall retail sales only increased 7 percent over 2019, e-commerce sales in the same period increased 36.7 percent.

No. 3: Remote Work as Normal

COVID-19 has pushed the limits of remote working to an expansive frontier. The trend was already growing with some estimates put-ting the at-home workforce near 7 million people in the U.S., or 3.4 percent. Back in 2017, Gallup’s State of the American Workplace Report, which collected data on nearly 200,000 U.S. employees, had great things to report about remote working. In fact, the remote workforce has grown by 44 per-cent over the past five years, before COVID-19 was on the radar.

The coronavirus has forced a change of perspective, however, as choice has been eliminated from the equation at many businesses. At the beginning of the pandemic, Time magazine called the virus outbreak “the world’s largest work-from-home experiment.”

Amber Rourke, CMO of Texas-based Neora, says her company was able to transition quickly to remote work and didn’t miss a beat. With an infrastructure in place that already accommodated some employees working from home, the company simply scaled up what was already working.

She says, “Our IT team has done a great job keeping everyone connected. I think we’re almost getting more done since we don’t have to spend time getting ready or spend an hour commuting. Some people seem to be able to get a lot more done and are more productive when they can roll out of bed and put on yoga pants. They’re ready to go.”

Increased productivity has been a concern for many executives who are used to seeing their workforce at the job location. But according to Tony Chaplin, chief operations officer at Dallas-based Elevacity, his company’s customer service department has flourished while working from home since the beginning of the pandemic.

Chaplin says, “Even though there has been a 25 percent increase in calls coming into the customer service department, there’s been a corresponding 26 percent decrease in abandoned calls due to shorter wait times.” Chaplin credits higher morale and a decrease in absences as reasons for the improved KPIs.

Elevacity employees are not alone in experiencing increased morale and job performance. According to a survey conducted during the lockdown by cloud communications firm Intermedia of 250 small- and medium-sized businesses, 57 percent of business executives responded they will likely keep increased remote options for their employees. Not least among the reasons was the finding that nearly 20 percent of employees had increased availability to do their jobs and did not skip work days as frequently.

Additionally, employees reported increased job and life satisfaction, and employers reported more productivity from their staff. The report indicated that employees felt less stress around issues such as  commuting, time away from family, and the costs associated with leaving home to work in a different location. As a result, the employees were reported as “more engaged and ready to make a difference.”

2021 has begun. Though life as we have known it may somewhat return with widespread vaccine distribution, many aspects of business operations will never be the same. 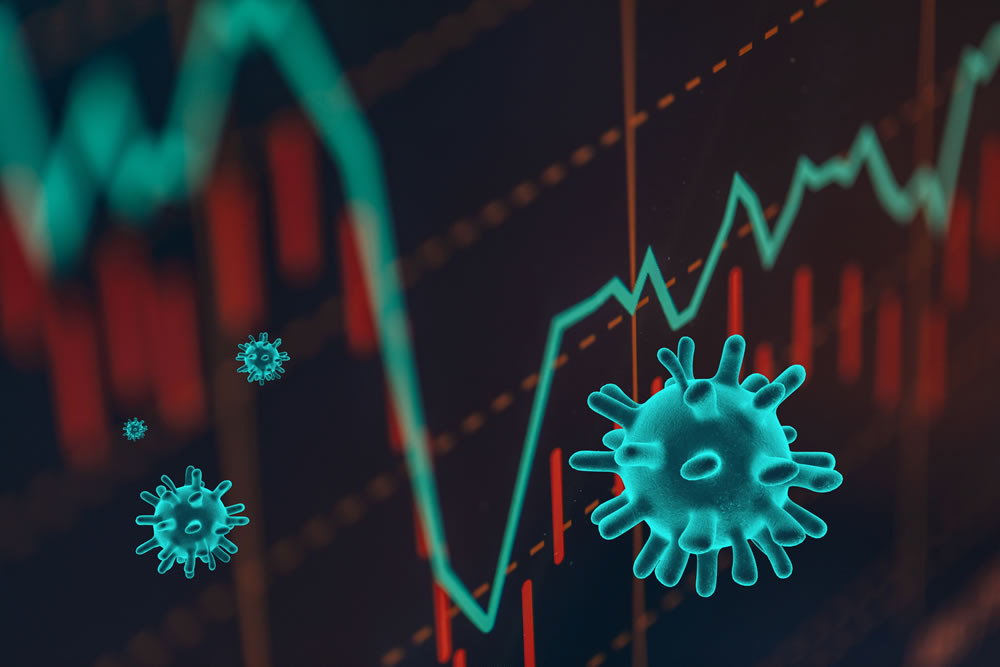