Many companies are still behind the curve and are missing the opportunity to develop a growing segment of the Latino market.

At a recent Direct Selling Association meeting, Ideneth Vega began her presentation to dozens of executives a bit differently—by speaking in Spanish. The room, full of non-Spanish speakers, looked quite puzzled at first, she says.

But there was a good reason for the bilingual approach. Vega, the vice president of marketing for Houston-based Zurvita, was presenting on direct selling marketing efforts geared toward the burgeoning Hispanic demographic, a segment of the population growing faster than any other minority group in the country and whose purchasing prowess is also increasing exponentially. 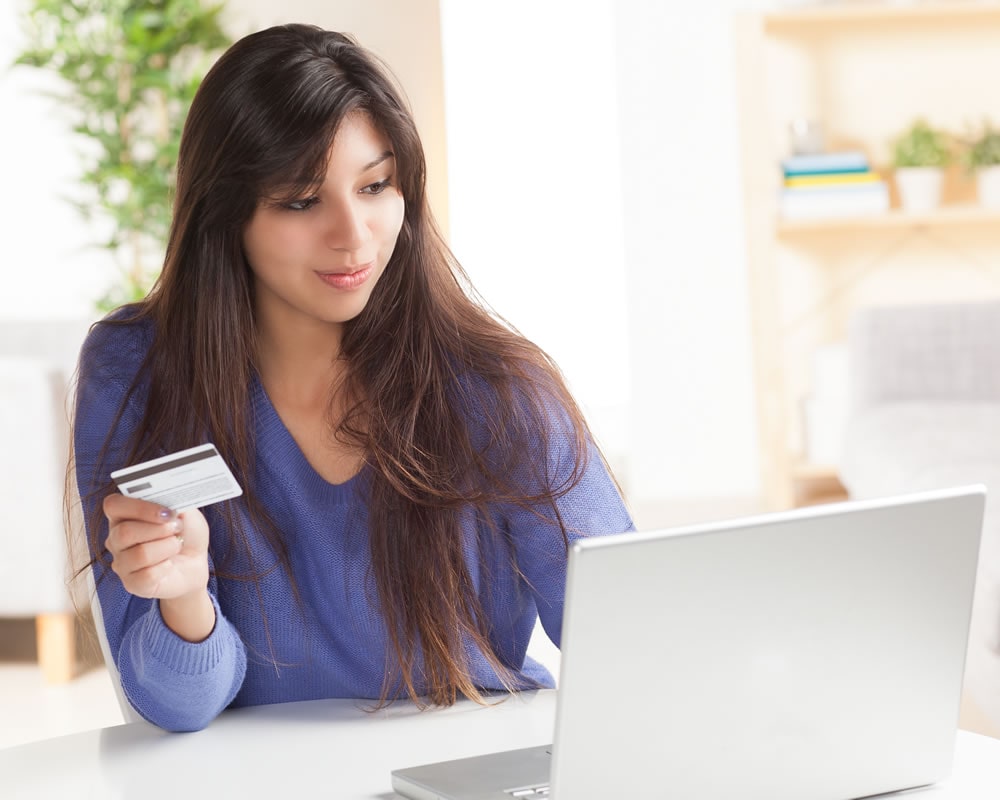 So when Vega paused her spiel to ask the room full of direct selling executives how many had developed a strategy to leverage the Latino demographic, the answer was startling. “I kid you not, less than five hands went up,” she recalls. “This is just not top of mind for most people. It’s a big opportunity, so I honestly thought maybe a couple more would raise their hands.”

That lackluster response from direct selling executives is not surprising, say consultants who work with direct sellers to capture Hispanic market share. Some direct selling firms have successfully been able to tap into the demographic by understanding that translating websites and hiring a couple of bilingual speakers is far from enough. But many companies are still behind the curve and are missing the opportunity to develop a growing segment of the market.

Census projections estimate that Latinos make up about a fifth of the U.S. population—nearing 60 million people as of 2018—and are on pace to grow to one-quarter of the population within the next 25 years. That population boom translates into an increasing influence on the market. According to Neilsen, Hispanic buying power in the U.S. is expected to top $1.9 trillion by 2023, a figure that exceeds the GDP of countries such as Spain, Australia and Mexico.

The argument for direct selling’s commitment may be even stronger: The channel has historically been viewed as an attractive entrepreneurial opportunity for minorities and immigrants—in particular Latinos—because of its low entry barriers, easy access to customers, and welcoming work culture.

But experts say the U.S. direct selling channel could be doing more to genuinely court Hispanics throughout the country.

“If you focus on developing this market, it could be a gold mine,” says Beatriz Aguirre-Gutai, a consultant who works with direct sellers looking to woo Latinos. “But there’s a lot of work to be done across the channel.”

One of the most common misconceptions and mistakes that direct selling firms make is approaching the Hispanic demographic as one homogenous group, experts say.  Descendants from nearly two dozen Latin American countries live in the U.S., and each carry his or her own cultural traditions that need to be catered to.

“Direct sellers have to adapt to all of them,” says Aguirre-Gutai. “We can’t just say most are Mexican, because they come from all different parts of Latin America.”

Jeannie Price, vice president of sales, Americas and Europe at USANA Health Sciences, says the Hispanic demographic is too diverse to treat as one group. To really penetrate the market, she says, a company has to understand the “customs, cultures and things people are bringing with them” from different parts of Latin America.

Some companies, Price says, just assume they can translate a website or sales material “and that’s that.”

“You have to do way more, “she says. “You need to understand the attitudes and preferences of each group that makes up the market.”

Understanding the array of cultures that make up the Hispanic population in the U.S. isn’t the only challenge. The Latino market is not just multicultural but also multi-generational, says Vanessa Ramos, vice president of strategy and leadership development at Origami Owl, an Arizona-based jewelry company.

In particular, Latin millennials, a segment expected to double in population size over the next 40 years, are approaching their peak earning years, according to Neilsen. And that means direct sellers looking to earn their business are going to have to learn quickly what motivates them to not only buy, but to want to be part of their team.

“You have to speak to them differently,” Ramos says. “The recognition of that is critical for companies to market to Latinos effectively.”

Hone in on the U.S. Latin Market

For most direct selling companies, plans to expand internationally seem to generally rank higher on the list of priorities than honing in on the U.S. Latin market. That, according to experts, is also a mistake.

Not only is international expansion costly—setting up overseas offices, hiring managers, and dealing with tax, legal, and compliance matters—but it’s much easier to expand south of the border after building a solid base of Hispanic customers and distributors in the U.S., says Ramos.

“Latino distributors and people who live along the border are going to be eager to take the product across the border and host parties,” she says. “It’s a natural progression if you will, but it’s first about building a strong Hispanic base in the core market here.”

Ramos adds: “It’s ironic that companies say ‘let’s open Brazil,’ or ‘let’s open Mexico or Colombia,’ instead of saying ‘let’s put some investment into the Hispanic in the U.S.’ They talk about how much they want to target the opportunity of the Hispanic market, but very few are putting in the resources that it takes.”

At Zurvita, the nutritional supplement company based in Houston, utilizing the company’s core of Latin distributors in the U.S. was a key part of its successful Mexico launch, says Vega.

“They’re the ones who are going to build and foster teams in Mexico,” she says.

Prior to working for USANA, Price helped companies launch Latin markets after developing a groundswell within the U.S. demographic. And that, she says, is the preferred path. But, she says companies expect a quick return when it comes to the U.S. Latin market, and that’s generally not the case.

“The challenge is that developing the Hispanic market here is not as fast as people think. It’s a long-term commitment, in part, because of the diversity within the market,” Price says. “It just takes time. It takes time for people to trust the brand and to really jump on the bandwagon.”

She says companies struggle with understanding the “magnitude” of the Latin market in the U.S.

“They just don’t understand the investment is a long-term deal,” Price says. “What I’ve seen with direct selling companies is there’s a lack of appetite to put in the investment and wait for the long-term return.”

Another issue is having a leader for the Hispanic market with the power to make things happen. It’s one thing to have a bilingual sales team or a regional manager, and it’s another to have buy-in from an executive with direct sway at the highest levels.

Unless you have a “Hispanic market champion at an executive level, you don’t see real progress in most cases,” says Ramos.

“Some companies that are looking at the Hispanic market are doing it with minimal resources, and so it’s easy for it to become a second thought,” she says. “You need somebody that is a stakeholder at an executive-level position that supports this strategy and direction.”

Beatriz Aguirre-Guta says she’s seen companies struggle to get a foothold with the Hispanic demographic because “the people up above don’t understand the market.” One of the first things she does when working with a company is to brief top-level executives and “educate them on the differences between the cultures.”

“The person leading the Hispanic outreach program has to have the authority to request things be done differently to support the market,” she says.

Price, the marketing executive from USANA, agrees that there are potential setbacks. “It takes a lot of investment and resources to succeed,” she says. “That’s why a lot of companies drop out. They say it takes too long because it’s so nuanced.”

Some companies are getting the message. Princess House, Shaklee Corp., Gold Canyon and Herbalife have all had success leveraging the Hispanic market.

Price says USANA’s Hispanic sales and customer base is strong and growing, but it’s still a learning process.

“As a company we are looking at how to better meet the needs of that group and how to do a better job of speaking to them and being relevant in their world,” she says.

Ramos says Origami Owl also has a solid Hispanic community as part of its consultant base: “It’s a growing market for us.”

Zurvita has also embraced other aspects to make sure Hispanic distributors feel welcomed.

“Our sales leaders host meetings with product samplings in the company’s conference rooms weekly, and we have music playing and we have someone in the back to watch all the kids,” she says. “It’s important to think about Latinos. They want a loose and laid-back environment where they can have fun, and we know they are going to show up with the family. So when you embrace those things, they feel they’re part of a community.”

For all the successes, however, there are still plenty of struggles, says Aguirre-Gutai.

“There’s a lot of competition because everyone is wanting to get their hands on the Hispanic market. You have some companies doing great stuff and some that have tried but are not doing very well,” she says. “Overall, the industry is trying to improve, but we still have a long way to go.”

Good timely information. We have conducted research to support your observations, in case it may be of interest.