“I think we can turn this into a positive thing. There’s no real replacement for that in-person connection, but you can get pretty close with a series of video meetings.”

By the time the company’s first product orders were placed a couple of months later, COVID-19 started sweeping across the country, upending the traditional landscape of in-person relationship-building—not to mention face-to-face recruiting and training that underlie multi-level marketing.

Despite the obvious challenges, there was no turning back, says Jeff Mack, co-founder and president. And so VeloVita launched as a new entrant into the direct selling channel completely online—in the middle of a global pandemic.

“As a startup, it wasn’t time to change direction,” says Mack, whose firm held its soft launch online in early May. “We got dealt a hand, and we’ve been making the most of it. Starting up in a pandemic is not easy.”

He adds: “We had our soft launch event on Zoom. We launched Mexico on Zoom. We’re doing everything on Zoom.”

VeloVita’s story highlights how direct sellers have been forced to adapt on the spot to the new reality of the nearly all-virtual business environment, from sales to training to backend office management.

With no immediate signs of the coronavirus pandemic’s grip relenting anytime soon, having a strong e-commerce game and an array of digital offerings for training and recruiting are no longer optional. COVID-19 has permanently disrupted the business landscape. Analysts are already predicting the pandemic will forever boost the use of contactless payments, force companies to reimagine store pickup options, and allow giant retail players to only get bigger.

Add in the projection that technology will become even more interwoven into the fabric of buying and selling goods, and the overall acceleration of e-commerce could be one of the biggest effects that COVID-19 has on business. So far, e-commerce has been flourishing in the coronavirus era.

According to Forrester Research and logistics vendor Narvar, 50 percent of retailers expect e-commerce to continue fairing better than the rest of their business during the coronavirus crisis. More than three out of four, 77 percent, have changed their marketing campaigns, and nearly a quarter more of respondents said they are shifting more resources to facilitate online shopping.

That all means direct sellers will need to adapt to remain competitive. And early accounts show the channel is doing just that. In particular, companies specializing in alcohol sales, health supplements, and household cleaning and disinfectants are doing especially well. Yet, the Direct Selling Association (DSA) has cautioned that it’s still too early to know the long-term effects of the coronavirus. 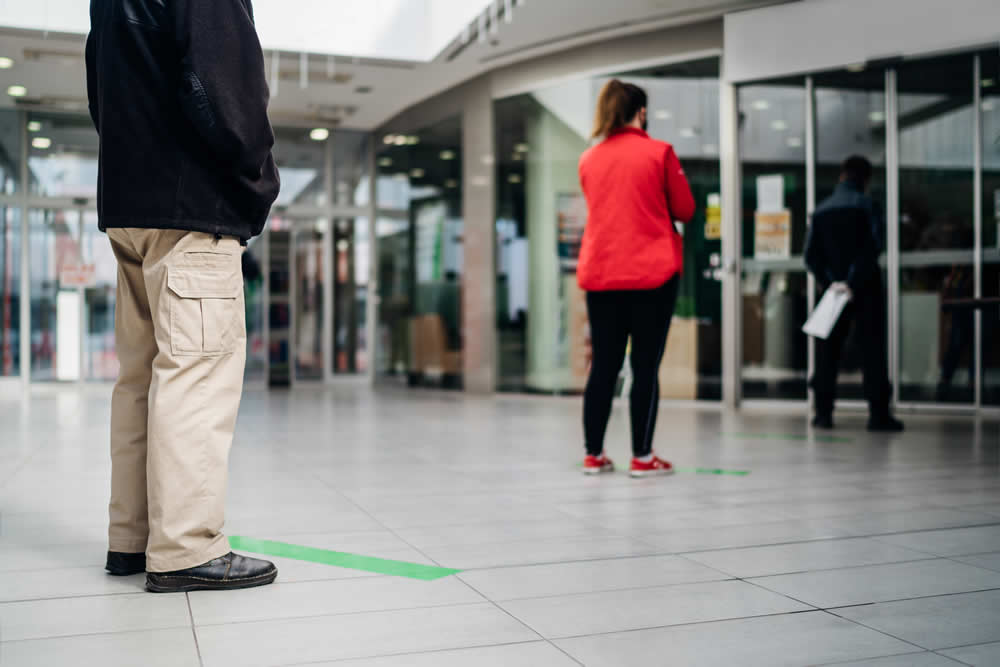 Meanwhile, about 51 percent of respondents to the DSA survey in mid-July said they believe it will be 5 to 9 months before business returns to normal domestically—another sign that direct sellers will be operating in a digital-first mode for the foreseeable future.

Here’s a look at how three players are navigating the direct selling digital surge:

Verb produces apps used by direct sellers to communicate with their fields, along with training materials, CRM, videos and content that distributors can use to build their businesses.

President McKinley Oswald says the software firm has onboarded more direct sales companies this quarter than in any other three-month period in the company’s history.

Along with record numbers of new clients, existing clients are using the app more than ever before, he says, noting that “several clients are having record-breaking months” during the COVID-19 era.

“A lot of direct sales companies are realizing if they have a digital solution they’re focusing a lot more on it and diving in and finding ways to get more usage,” Oswald says. “If they don’t, they’re feeling the need or the urge to find a solution to make sure they have something.”

One client, in particular, stands out, he says. A veteran company with 20 years in the channel shared how it’s field was “forced to advance technologically five years within a week’s time.”

Oswald says for years direct selling lagged when it came to keeping pace with technology, but over the past two years he’s seen a huge increase in adoption of new digital solutions. That, he says, has “been heightened by COVID-19.”

VeloVita launched online earlier this summer, and is planning to “go all-in on digital mobile” by 2020, says Mack.

For now, VeloVita’s operations and logistics are still handled on a mostly remote basis. That includes recruiting. “It’s been a ton of relationship-building so far through Zoom. We have a lot of relationships working through master members and the existing team to grow organically.”

VeloVita’s global managers in charge of the field are “pretty much on Zoom all the time,” he says. The company is also leveraging social media for brand development and has priced its product to be competitive not just with other direct sellers, says Mack, but with other major retailers online, such as Amazon and Walmart, whose e-commerce business has been blowing up during the pandemic.

“We tried to make the pricing structure make sense to the consumer and meet them where they’re at,” he says.

A pandemic-included silver lining? Oswald says the coronavirus crisis has forced companies to be more fiscally efficient. Part of that includes saving on travel and logistical expenses for live events. Some remote training for distributors, for example, is here to stay even after life returns to normal following the virus, he says.

“I think we can turn this into a positive thing,” says Oswald, noting that the company built a web platform to allow its customers to hold live meetings and include interactive buttons for live selling.

He adds: “There’s no real replacement for that in-person connection, but you can get pretty close with a series of video meetings.”

Like other companies, VeloVita is also using tech to bring employees together during the remote work period through virtual happy hours.

“People still want to connect. The community-building aspect of direct sales isn’t going away,” he says. “We’re embracing this and trying to connect people’s hearts and minds and emotions together as much as possible given the current circumstances.” 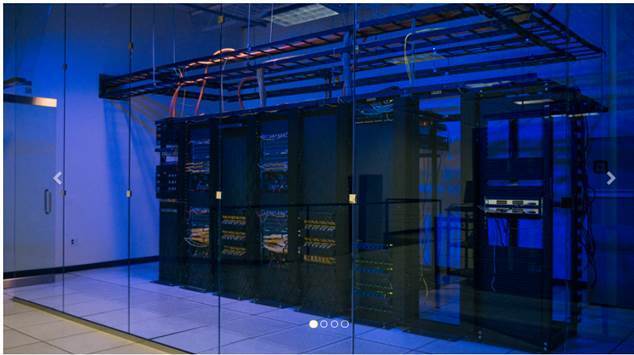 Ed Jarrin says the company is “having record months” signing up new direct sellers to its platform.

Some companies, he says, are growing revenue by 50 percent to 100 percent during the pandemic, including one that increased total orders from 500,000 to 1.3 million in July.

“Direct sellers are rocking and rolling,” Jarrin says. “This industry has been moving in the direction of heavy e-commerce and a more robust online experience. It’s just been brought to light now that people can’t be face-to-face.”

Some companies already using the platform have asked to scale up their digital infrastructure to meet an uptick in e-commerce demand.

One trend Jarrin has noticed: Direct sellers are hosting large conventions digitally. He says his company has about a dozen companies holding their annual convention remotely.

Jarrin says, “The emphasis is to stay connected, to stay interactive, to stay in the conversation through means other than face-to-face.”

Another trend is for e-commerce sites to be designed with no mention of distributor recruiting. Jarrin says it’s just a “straight-up retail cart, nothing about business opportunity. We’re getting a lot more requests for that type of experience.”

Overall, he says it’s not just that direct sellers are embracing technology more so now, but that they’ve also made it easier for distributors to understand how to use technology to build their own businesses.

But Jarrin cautions: Direct sellers should avoid overwhelming their field with too many new tech tools.

In particular, it’s easy to saturate distributors with too many social media sites for e-commerce functions.

“In Latin America, WhatsApp is the predominant social app. In Asia, they use WeChat. In the United States, it’s more Facebook and Instagram. You have to be sensitive to the markets, and don’t force Facebook in places where they’re already established to use WeChat.” 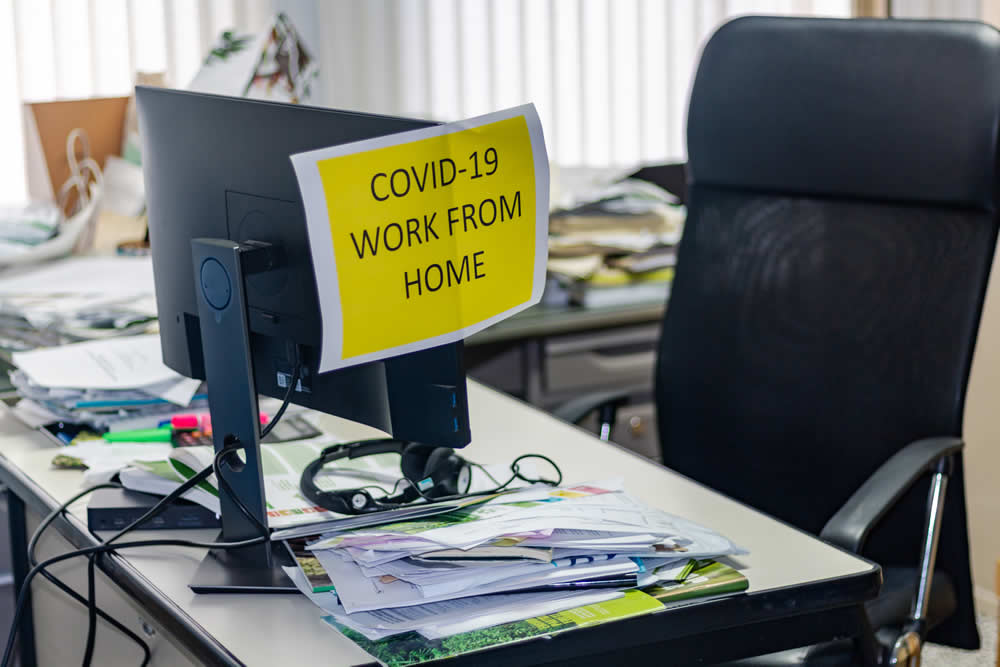