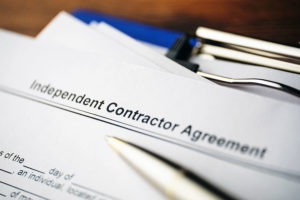 Independent contractors, and the businesses that utilize them, were handed a victory on March 4 when the U.S. District Court for the Eastern District of Texas ruled that the Department of Labor’s (DOL) 2021 cancellation of independent contractor regulations under the Fair Labor Standards Act (FLSA)—also called the Independent Contractor (IC) Rule—was unlawful.

The rule was originally set to take effect on March 8, 2021. However, President Biden’s Labor Department submitted a proposal to delay the effective date until May 7, 2021, which was accepted after more than 1,500 public comments were received in response to the proposal to delay.

Just days later, on March 12, the DOL published a notice of proposed rulemaking (NPRM) to withdraw the IC Rule altogether after receiving over 1,000 comments about the NPRM.

In a 41-page opinion, the District Court ruled that the DOL had twice violated the Administrative Procedures Act (APA)—first, when it delayed the IC Rule and again when it withdrew the Rule in March 2021.

“Despite the DOL’s purported desire to provide clarity, the Department did not address the inconsistencies and lack of coherence in the manner in which the economic realities test was applied across the country prior to the Independent Contractor Rule. Nor did the DOL contemplate a solution for that problem—as previously identified by the Department,” the Court stated in the opinion.

The court vacated both the delay and the withdrawal of the Rule and held that the Independent Contractor Rule was effected on March 8, 2021, and remains in effect at present. The DOL has not indicated whether it plans to appeal this decision.

The Direct Selling Association (DSA) is the Vice Chair of the primary plaintiff in the case, the Coalition for Workforce Innovation. The Association stated that it does expect the DOL to appeal the ruling.

The IC debate will continue to loom large across several U.S. business sectors, as more Americans consider gig work to set their own schedules, work from home, or supplement their primary income.