Home Link Combining the Power of Demographics with Psychographics
Link

The start of this new decade presents a fresh opportunity to reconsider the value of demographic-based business modeling, and point out the worth of including the less tangible, but potentially more powerful, psychographic metrics. Demographics relate facts such as age, gender, employment status, annual income and family size. Psychographics, on the other hand, reveal more complex data points such as attitudes, interests, lifestyle choices and values.

Applying the answers of the more nuanced data sets revealed by psychographics may help companies align more productively with a mission-based business model that emphasizes ideals such as authenticity and community service over traditional benchmarks. 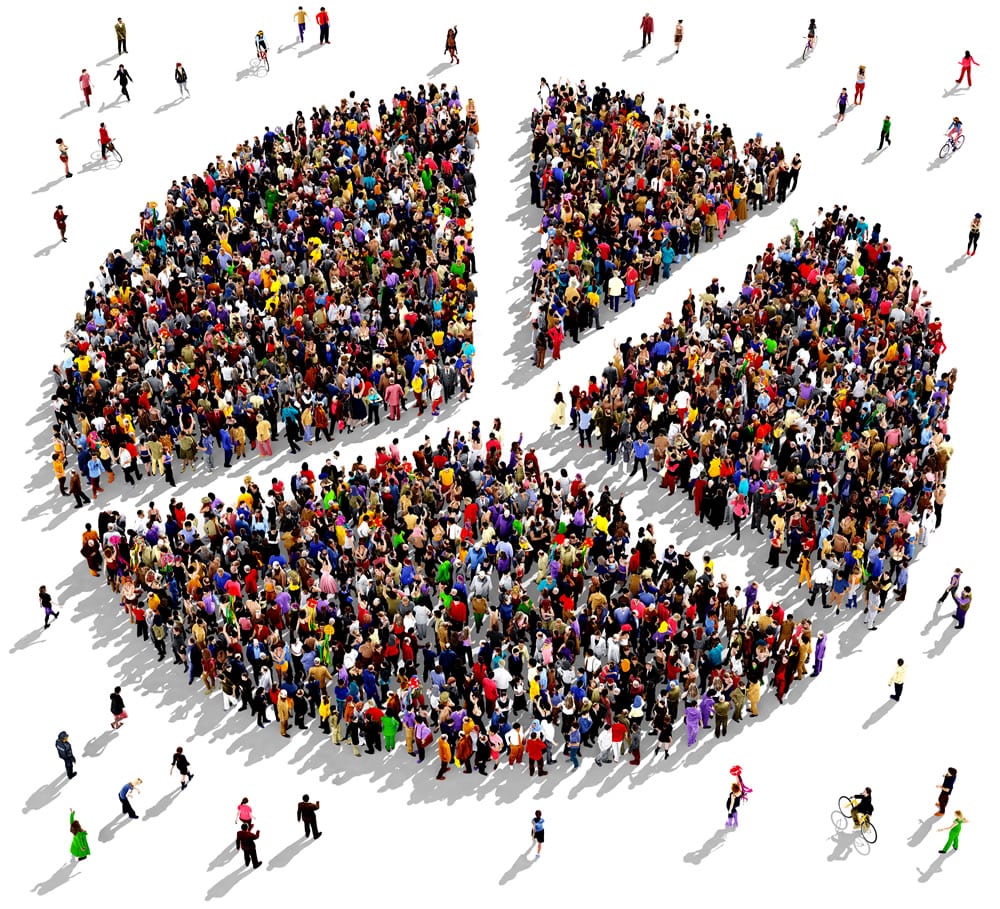 Greater than the Sum of Its Parts

Mike Brown, founding executive and CMO of California-based Amare Global, says that psychographics can be a tool to identify common points between groups that would otherwise have been marketed separately—thus demonstrating a synergistic capability of this system.

Brown says, “If you’re looking at what motivates a person, then you are going to cross over what we think of as demographics because motivations could be similar in people that have no demographic in common; but they have a common motivation of the heart, and that’s how you would appeal to them.”

Consultant Jason Russell, whose previous experience includes marketing and communications director at MONAT Global and Jeunesse, also supports this idea. “Somebody who’s 25 living in Texas could be involved for the same reasons as somebody 48 living in Chicago. So that’s a different kind of segmenting, and then you speak to those motivations and show them that they have a place in the company that can help them realize their goals.”

While classic demographic data offers stationary and predictable target points for marketers, Brown says that when trying to answer the fundamental consumer question of “what’s in it for me?,” the use of psychographics is better equipped to hit this moving target.

Brown says, “That target definitely changes as life goes from one chapter to the next. I definitely think that different chapters of life lead people towards one core value more than others.”

Build It and They Will Come

For Brown, core values are beneficial not just as metrics for categorizing the emotional and behavioral drives of customers, but as the foundational structure of Amare Global itself. By establishing company values that mirror fundamental human drives, such as community service, integrity and “buy local,” Brown says that businesses will be able to attract their customer base rather than have to seek them out.

“When we launched Amare, we started with our core values—love, integrity, innovation, service and humility—and had the opportunity to develop a core-value-driven brand. We wanted to attract people who were drawn into our values, because we’re not necessarily a product company or an opportunity company. We’re really a mission-driven company supported by the products and the opportunity.”

With the company mission now established, Brown emphasizes the importance of maintaining this collective office ethos by devoting time to it each week. “We will practice straight talk, we will practice trust behaviors, and on our weekly zoom calls with the field, we go over all five core values and then we listen. We’ll do a deep dive into one core value in rotations. We spend about 10 minutes a week just talking about them. And I think that really has to become our brand. When I look at the demographics on the calls, I see all demographics represented.”

Brett Duncan, founding partner with Strategic Choice Partners consulting firm, refers to the core values of a company as “bullseye targets” and emphasizes that consumers are “attracted to bold and specific” branding that can draw in customers outside of the target demographic. He says “a company that can identify their worldview has the ability to foster a culture of connection,” as it is clear that our current culture places high value on being a part of a group.

Duncan says Apple is a clear example of this phenomenon, but says that direct sales businesses are perhaps even more uniquely positioned to capture a market that is drawn to cultural and psychographic bullseye points.

Considering the significant investment in time and dollars required to gather data about their customer base, it’s a big win for direct sellers to attract customers that identify with a values-centered mission.

Furthermore, a direct selling business usually has direct access to the psychographic profile of its customers through its distributors, potentially reducing the pressure to outsource this data-gathering.

Brown touches on this point. “I feel like our industry lends itself to this sort of thing, because we know who our customers are. We see our distributors, we interact with them. We can pick up the phone and call them. Procter & Gamble would have to hire an external agency to do this kind of research.”

A Time for Traditional Surveys

Traditional demographic-oriented surveys where sample sizes can be dramatically expanded can offer high value. A DSA-commissioned study was completed by Ipsos in March 2020 after surveying over 2,000 adults. Ben Gamse, senior market research manager of the DSA, says the survey revealed that “79 percent of all Americans surveyed, regardless of their demographic, looked at direct selling in a positive light and also saw it as an attractive entrepreneurial opportunity. Specifically for older Generation X, direct selling and entrepreneurial work proved to be a good option because of its flexibility and low-risk, start-up costs.”

When surveying which direct selling benefits appeal to each generation, this study provides insight into the slight variations that are present. While Gen Z through Gen X are attracted to the low startup cost of direct selling, the survey reveals that boomers find high value in setting their own schedule and the “more work = higher reward” aspect of direct selling.

“The DSA-Ipsos 2020 Consumer Attitudes & Entrepreneurship Study finds that American interest in entrepreneurship is high,” Gamse says. “It doesn’t appear that will change as there will always be demand for flexible, supplemental work. The results in this study provide evidence that entrepreneurs are open to and interested in direct selling specifically. And, there’s value-add from a retail standpoint as consumers value supporting a local direct selling business in one’s own community as well as the personalized service that direct selling provides.”

Asked to compare the value of large demographic surveys versus smaller psychographic information gathering, Russell says that data from small, more personal distributor interviews can be a valuable starting point for a larger random-sample survey. “Let’s say you start with 21 one-on-one interviews. Then you can use your findings from that to develop a survey that you can administer to thousands, for example, and then really have powerful data.”

While a large survey will provide a powerful snapshot of a moment in time, the ability to analyze psychographics on a smaller scale can be done in real time. Brown adds, “I can’t fathom why you wouldn’t want to keep a finger on that pulse constantly, and not just serve their needs but understand what they want and where they want the company to go.”

The psychographic data that taps into consumers’ core drives, motivations and beliefs is no doubt a powerful tool and of great value to direct sellers. However, these data sets also represent deeply personal components to anyone’s sense of self and identity. Therefore, adhering to and maintaining privacy standards becomes a very important part of any seller’s business plan—not only to steer clear of legal jeopardy, but also because the topic of privacy has become so personally important to the increasing numbers of consumers shopping and transacting in this channel, especially online.

Alessandra Swanson, a privacy law expert and partner in Winston & Strawn’s Transactions Department, says that privacy law today is based on where a person lives and lists the California Consumer Privacy Act of 2018 (CCPA) as the first major legislative action in the U.S. to set up a comprehensive set of rules protecting consumer data.

Swanson says that this law acts to expand the obligations of businesses to maintain specific consumer rights, such as allowing consumers to access or remove their personal data. It also defines which metrics are to be considered sensitive data, and enables consumers to opt out of the collection or sale of that data. While the CCPA does prohibit certain business actions, such as banning unequal service to those who do not submit personal data, the act does not ban enhanced service to those who provide this data. Overall, Swantson says the CCPA works more to enhance consumer rights than to prohibit the sellers’ activities.

However, as more states enact their own privacy laws, Swanson says that compliance with privacy law will require significant resources for new startups because they will be guided by the laws where their consumers live, rather than by the state where the business is based. She says that privacy compliance packages can be expensive, but the risk to a new business of not embracing this cost of business is significant.

A Gambler’s Guide to Tax Compliance